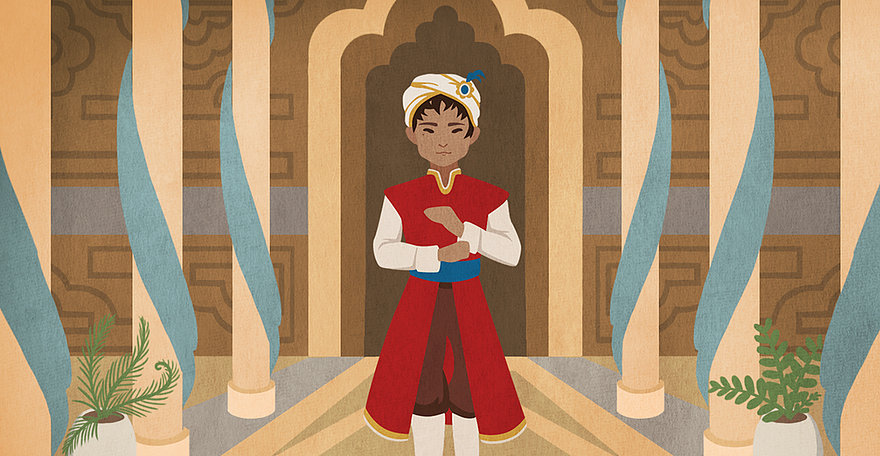 Lizard Hazard Games, a small indie studio from Finland, has launched its Kickstarter-funded PC game called Your Royal Gayness. The game is a story-driven parody game with a strong message about acceptance of sexual diversity.

“The subject of Your Royal Gayness is very personal to me. I’m a queer woman and while I’m fortunate to have lived in a very accepting environment, discrimination and LGBT+ issues aren’t new to me”, comments the lead developer Salli Loikkanen. “Even though Your Royal Gayness is ‘just a game’, I hope that in some small way it can spread awareness about gay issues.”

Your Royal Gayness is a management game with a focus on the story. The player is Prince Amir in a fairytale kingdom which he manages while his parents are away. However, pesky princesses try to compete for his affections, which he couldn’t care less for because he is a gay.

The gameplay consists of three main parts. The audience phase, where player is presented with problems of his kingdom and needs to make challenging decisions that affect the resources. The management phase where you give orders to your advisors and the event phase where anything can happen.

​During the game, player’s choices shape the path of Prince Amir as the ruler. The player can also craft the Prince’s own hilarious excuses for him to avoid marriage. Randomized events and diverse selection of in-game characters create a strong replay value.

A fun game with a serious message

“Even though Your Royal Gayness has a serious background message, the game is far from being serious. Humorous writing from industry professionals make sure that everyone with ‘a queer sense of humour’ will love the game! For example, the Prince Reports screen looks suspiciously like a certain gay dating app”, concludes Salli.

Your Royal Gayness is available for PC and Mac from Steam at the price of 14.99 euros. The game doesn’t have an official ESRB/PEGI rating yet, but it is aimed for ages 13 old and up.

The game is available at http://store.steampowered.com/app/765210/Your_Royal_Gayness/