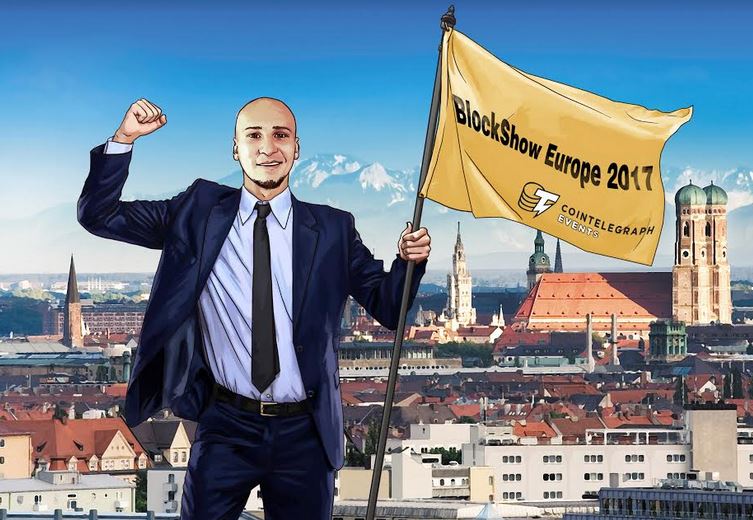 Blockchain technology is becoming more and more demanded worldwide, and today we all have a unique opportunity to witness “the biggest innovation after the Internet itself” gaining a growing number of implementations – both within and outside the financial sector.

This significant process inevitably goes hand in hand with massive informational support – and, consequently, cross-industry popularization of Blockchain. And this popularization is the major mission of the popular Bitcoin & Blockchain media outlet CoinTelegraph. Wishing to contribute to the global recognition of Blockchain, the CoinTelegraph team set out to organize a number of thematic events; the first, Helsinki Blockchain Conference 2016, was held in August this year and managed to attract massive attention from the regional Blockchain community.

Why you should be there

Inspired by the successful debut, today CoinTelegraph announces BlockShow Europe 2017, its next conference, which, according to organizers, promises to be the largest European platform for showcasing established Blockchain solutions. The BlockShow Europe 2017 programme is designed to provide every participant with the comprehensive outlook on the Blockchain industry and how it is developing at the moment.

The conference will give an opportunity to get the most recent first-hand information about the technical, legal, investment and other nuances of the current Blockchain ecosystem. Key industry players and the most influential Blockchain persons will provide a detailed insight into how Blockchain is being implemented in different parts of the world and what significant impact it has already had on the global markets. Thus, BlockShow Europe 2017 will include talks and panel discussions on such topics as “Overcoming the challenges of Blockchain implementation”, “Tokenization of assets & Security on Blockchain”, “Blockchain from Bank and Enterprise perspective” and other. All that will be quite a valuable experience for those who in any way would like to be a part of the ecosystem: by discovering new investment opportunities, starting their own Blockchain business or seeking to empower the existing products.

Become a part of Blockchain community

Such conference as BlockShow Europe 2017 won’t be just an informational event – it is also a perfect opportunity for networking, making new contacts and establishing the ground for fruitful partnerships.

Whether you are a developer, investor, corporation representative or market analyst – BlockShow Europe 2017 has something to offer everyone. Thus, the startups will get the opportunity to present their revolutionary Blockchain projects and compete with each other for the title of The Best Blockchain Startup 2017. Corporations and financial institutions will thrive on fresh ideas and meet FinTech talents who can be valuable acquisition for development of Blockchain-related projects, while Investors will discover a wide variety of new promising opportunities.

Starting this week, the registration for BlockShow Europe 2017 is officially open. If you want to become a part of the largest upcoming Blockchain event and know all  about the revolutionary developments of Blockchain industry, don’t miss the unique offer available exclusively for Nordic Startup Bits community – use a discount code NSBMUNICH to get 20% off all tickets when registering on the official BlockShow Eventbrite page.

Infographic: The updated list of 15 best countries to start a business

After applying for EU banking license, Revolut announces launch in the Nordics