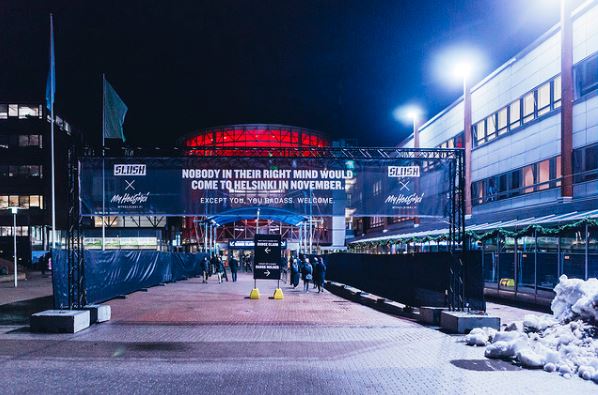 November weekend in Helsinki for most of us doesn’t sound like the time of our lives – it’s dark, cold and windy in the seaside city. To make matters worse, the Finnish word for November, Marraskuu, by it’s etymological meaning means the month of death, marras origin from the same word family as Latins mors and French’s mort, death – meaning November in Finnish is “Death month”.

However, for the tech minded people, November is nothing like death. During the last weekend of November, two old, beautiful industrial buildings in Helsinki were filled with buzz, hustle and innovative spirits. Two large hackathons, Junction and Ultrahack finals were taking place at the opposite sides of the town, together holding more than thousand hackers and mentors. 48 hours to create, well basically anything, since both events also had open tracks or challenges in addition to the pre named ones. Mobility, Fintech, IoT, Health, and retail challenges were present in both hackathons.

Ultrahack is a hackathon tournament and the Ultrahack held in November was just the finals, there have been smaller hackathons throughout the year all over Europe: Oslo, Helsinki, Prague and Reykjavik to mention few. This is the major difference to Junction, which is one large and intensive 48 hour hackathon. For the hackers, it was exciting season. The hook in the two hackathons, in addition to the money prices, was the fact that the best teams from get to pitch on Slush pitch stage.

So, when the hackathons were over, it was time to move to Slush. Over 17 000 startup oriented people gathered in Helsinki and entered to the venue under a sign “Nobody in their right mind would come to Helsinki in November. Except you, you badass. Welcome.” The darkness from outdoors was brought indoors too, since normally so white and light grey Messukeskus was covered in black fabrics, artificial smoke and the trademark laser lights.

On Wednesday evening, 15 teams selected from Ultrahack, Industryhack, Tekstiilihack and TurkuLab started pitching on stage. There were no one over ruling topic, the ideas were about mushrooms (eatable and fabrics), piggy banks for children, data mining and giving consent for data usage. The winner, BetterLife, was about helping elderly to exercise with help of VR-technology. BetterLife already started hacking in Ultrahack MyData hackathon in late August, made their way from there to Ultrahack finals, won the Health track competition in Ultrahack finals and then ended on Slush winning 10 000 € price. Congratulations to the hard working team!

Next year we will see more of this kind of innovation culture, since hackathons and other kinds of idea competitions are part of Finland’s jubileum year in 2017, when the nation celebrates 100 years of independence. Reboot Finland is a project that aims to make sure that 100 different “renewing digital actions” take place in 2017 to guide Finland’s path for the next 100 years. For example, you are already able to register for Ultrahack 2017!

The deadliness of Finnish November doesn’t go anywhere. It just brings death to boredom, lack of inspiration and absence of innovation.