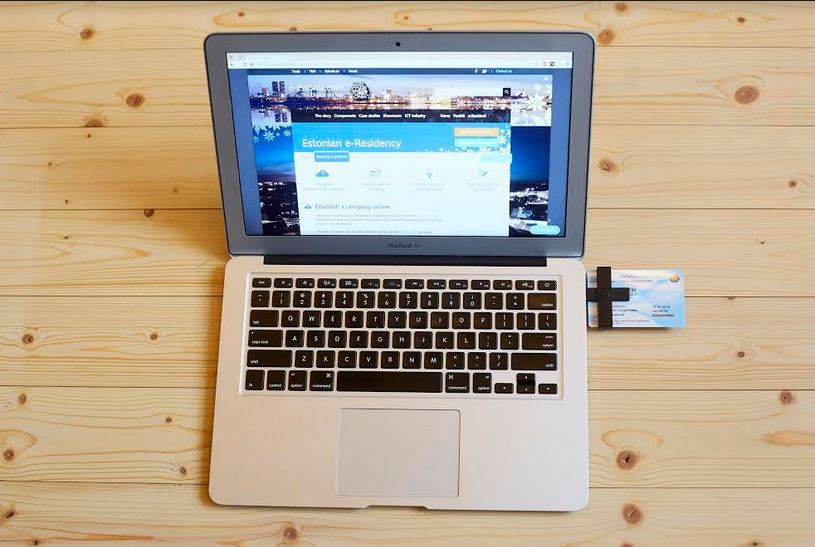 In May this year, Nordic Startup Bits writer, Thorunn Jonsdottir, was at infoShare in Gdansk listening to Kaspar Korjus, who’s leading the e-residency project on behalf of the Estonian government. She was intrigued and decided to apply. Three months later, after applying online and appearing at the embassy of Estonia in Berlin, she had her e-residency card. But what exactly is the e-residency and why should you care?

Back in 2002, the country of Estonia began an experiment. They introduced digital names for every Estonian citizen and published ID cards with this digital name that allowed users to do their taxes online, get e-prescriptions, vote online from anywhere in the world, establish companies, and sign documents electronically.

In 2015 Estonia went even further and opened the program to provide worldwide digital inclusion, meaning that any individual from anywhere in the world can apply for an e-residency. Mind you, this e-residency does not allow a resident of a foreign country to reside in Estonia nor does it provide it with the same rights as the citizens of Estonia have. It’s not a tax residency, nor is it a tax haven. It’s built as a completely transparent system that provides a lot of opportunities, especially for residents of countries that do not have access to many of the online solutions available to parts of the more digitalized parts of the world.

Kaspar Korjus, who’s heading the e-residency program, has taken the stage at various tech conferences in Europe for the past few months, including infoShare in Gdansk last May. Korjus talks about the e-residency as a government startup and a lean one at that. The global program was run as an experiment and the website opened before the e-residency laws were even passed. The morning after, 4000 subscribers from over 120 countries had already signed up. These were all people that wanted to become e-residents.

The e-residency program is still in beta but has already reached proof of concept, with 10,000 e-residents and 1,000 companies from 127 countries. Some high profile e-residents include former Prime Minister of Japan Shinzō Abe and Guy Kawasaki.

The three main value propositions of the e-residency, Korjus explained at infoShare, are location independence, financial inclusion, and empowerment. People choose their place of residency based on many factors, such as family, climate, work opportunities, and funding. This results in around 73% of the world is financially excluded because of lack of access to financial tools. The e-residency provides anyone an opportunity to become a citizen of the world, taking the location variable out of the decision making process.

Take for example Stanislav, a Ukrainian painter, who couldn’t sell his paintings internationally because he didn’t have access to the services that he needed, such as payment processes and bank accounts. Stanislav entered the e-residency program and now successfully runs his Estonian company from the comfort of his own home country.

Estonian companies do not pay corporate income tax if they reinvest their profits into the company while enjoying some of the lowest administrative costs in the world. Opening a business in Estonia provides companies with remote administration from anywhere and allows the founders to declare taxes online via a state-provided online accounting software. Note though that an e-residency does not establish a tax residency, so look for further information on where you should pay your taxes with the government where you reside as well as on the e-residency info page.

According to the e-residency website, Estonia is known for user-friendly and secure online banking. Opening a bank account in Estonia requires one face-to-face meeting but during his talk at infoShare, Korjus said they are working on law changes to enhance the process.

Applying for e-residency is very simple. You must first fill out an online application, which will take around 10 minutes, and pay a EUR 100 state fee. Around two weeks later you will receive an email confirmation of the processing of your application and you then schedule an interview at an Estonian embassy near you will have a face-to-face meeting to establish that you are who you say you are and receive your e-residency card and e-card reader.

With your e-residency you can establish a company in Estonia online in 18 minutes, which is actually a 2009 Guinness World Record. If you decide to start a company in Estonia you will need to have a physical address to comply with EU regulations, but this can be set up online via a local service company providing physical addresses and everything that goes with it, e.g. taking care of your mail and bookkeeping, from around EUR 5 per month.

Estonia was hit by its first cyber attack in 2002, according to Korjus. They took the attack seriously and have since created a cyber defense center of excellence. Their cyber security is decentralized and distributed so that no single attack can take down everything. All digital names and information are encrypted and scattered, so data centers communicate with each other using digital names without sharing your personal info. So even though someone was to steal your e-residency card they would never be able to use it or track your digital footprint. Each individual is the owner of his own data and proper precautions have been set in place to protect the individual.

Government as a Service

During his talk at infoShare, Korjus announced that Estonia is open to developers with the aim of creating Government as a Service products. With the program growing exponentially since its launch, it has now grown bigger than a small country like Estonia can serve. Current and future e-residents have expressed the need for more services, and Estonia wants to partner up with the private sector to supply these services, such as by opening an e-residency App store or the option of funding your company without having to move to Silicon Valley. To do this, they are offering different infrastructures and API’s and are urging developers to participate in making the world a more interesting place.

RaskRask switches focus and wins Entrepreneur of the Year award