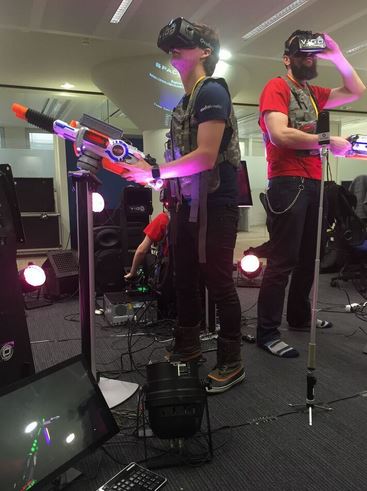 Tips to succeed at equity crowdfunding

This past weekend Brussels hosted the first ever Hackathon dedicated to Virtual Reality (VR) in Europe, where close to 100 participants took over the co-working space Co.station to hack the next generation of VR technologies.

According to Trendforce, the total market value of VR will reach $6.7 billion in 2016, and will exceed $70 billion by 2020.  Most people who have never experienced VR outside of an entertainment setting will be shocked by this projection – but it’s over the next few years,  VR is set to disrupt even the most traditional industries.

VR will completely change the way business is done

Virtual reality will alter the supply of corporate services.  As VR becomes cheaper and more accessible, industries like banking, real estate, and construction will be incorporating VR into their core services.

“There’s a whole virtual economy to be built with digital goods and services.  If you have social interactions with people, in a virtual universe, and those experiences no longer have high costs, it will really democratize everything.”

The potential use cases are diverse.  One of the first sectors to develop VR is healthcare, where the immersive experiences people have with VR can be used to treat phobia, through the exposure effect. But VR can also be used in plain old customer service.

“Any industry that is transactional, where service is important, but where the margins are too small to justify a large-scale investment in services, will have an interest in developing VR avatars and making them available to people.  For example, in the real estate business, there are a lot of possibilities.  A building might not yet be constructed, but you can still give people a tour.  Auction houses are very interested – you can see how a painting would look on your wall before you buy it.”

And VR will be more accessible than ever in 2016.

“Within the next few years, it will spread like wildfire,” says Juan. 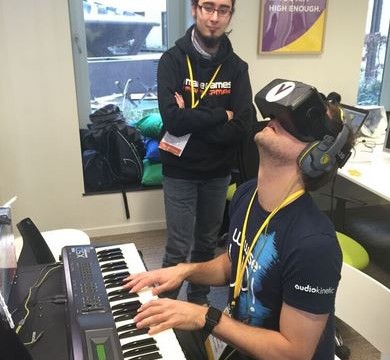 Development from the ground up

VR is an unusual technology, in that a large part of the push towards development comes from outside of industry.

“It is a lot of tinkerers and hobbyists that make VR a reality.  At it’s roots, it’s really a ground-up movement.”

Local communities and developers have seized upon the medium, but quickly find that the need to collaborate with others.

“It is a complicated medium, and a lot of the boundaries and rules of this medium are still unknown,” Juan explains.

EUVR has identified over 55 VR meetups in 40 cities, encompassing about 12,000 people in Europe.  The meetup groups talk and exchange knowledge about VR – but they are also helping shape how the technology is being developed.

“People have to make a choice -which platform, which distribution, which hardware should you be compatible with. These communities need to be supported and connected, as they are writing the rules of this new media.”

As an industry cluster, EUVR hopes to help connect local communities, such as the Danish one – with other VR hubs, as well as industry players like Microsoft, Google, and Unity.

In 2016, VR will still mostly reach consumers through entertainment platforms, and there was no shortage of these at the hackathon.  The winners, Pandageddon, created a multiplayer game integrating 2 players using VR attempting to escape from a dungeon while a third person interacted with them through a tablet.

“Pandagedden managed to create a multiplayer co-op gameplay experience with almost a full game loop in a perfect mix of GearVR and Tablet. Their idea about using live voice interacting to teamwork was also great!” said judge Thomas Barstschi, EUVR’s representative in the Nordics and a key player in developing the EUVR initiative from the ground up. 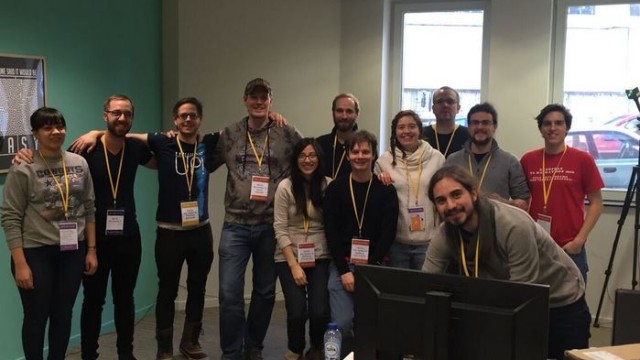 You can read about the other winners on here and other interesting ideas at the hackathon here.

Tips to succeed at equity crowdfunding