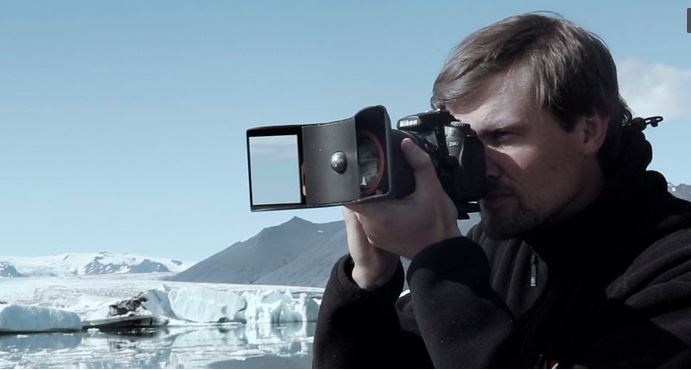 Íris Ólafsdóttir, an Icelandic entrepreneur, is the visionary and CEO of Kúla 3D. A self-described amateur photographer, Íris devised a product that brings photography into the third dimension.

Kúla 3D creates camera accessories that turn your smartphone (and other cameras) into 3D cameras.

The idea for the product was conceptualized during Íris’ maternity leave. Íris noticed a toy reflected in a mirror at a 90-degree angle and wondered if she could create something utilizing mirrors that could produce 3D images.

From this inspiration came Kúla ‘s flagship product, a 4-sided mirror to produce 3D images.  It can be attached to either a mobile phone or an SLR camera to achieve 3D pictures with beautiful results.

In Icelandic, the word kúla means sphere and as Íris explains, “A sphere is always 3D”.

Íris is a seasoned entrepreneur, and has an electrical engineering background from the Technical University of Denmark.  After deciding what she wanted to make, she started diligently doing research to see if there was anything similar already available. She came across a vintage Pentax camera that had a similar function but lacked some of the features Íris had conceptualized.

To create the final hardware, Iris had to get creative.

It wasn’t until after she had a product ready for production that it was necessary to find further funds for the development of the company.  However, Iris was not happy with the terms offered by private investors, so she chose to crowdfund her product through Kickstarter.

“The atmosphere in Kickstarter is to be very supportive of the goals that you are trying to accomplish. The Kickstarter backers are essentially your first customers and they’re all very open-minded”, Iris explained.

“You can have a really great idea and believe in it, but you also have to be able to finance both the production and the development. It’s really a dilemma as you have a product that you want to sell but you also need funding. My advice is to fund the product as early in the process as possible,” says Íris.

“The best piece of advice I had received is to never leave anything open for interpretation. You have to make sure you define everything, truly every single aspect, when it comes to production. If you leave something open, they [the manufacturer] will usually fill it with the least expensive components”.

Kúla 3D has already been recognized as a startup to watch – in October of 2015, it won Deloitte’s Rising Star Award in Iceland.  The first products are expected to be delivered in February.

Vivino: Yet another Nordic success story