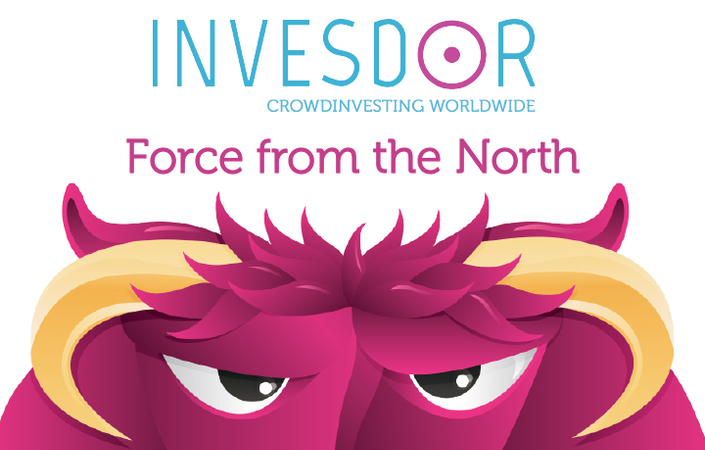 Crowdfunding as a fundraising method has had tremendous momentum in recent years, with multiple platforms competing for the multi-billion dollar pie.   What does the future hold?

Crowdfunding as alternative finance has been on the rise for the past few years, with around €710 thousand being raised in 2010, €14.4 billlion in 2014, and an estimated €83 billion in 2025, according to the The European Alternative Finance Benchmarking Report for 2015. In a recent report, Massolution predicts that crowdfunding will surpass venture capital in terms of funding as early as 2016.

Which brings us to the Nordics, where crowdfunding has been growing at an average of 115% and a total of €254 million raised since 2012, according to The European Alternative Finance Benchmarking Report. The region has close to 20 crowdfunding platforms, five of which are members of the Nordic Crowdfunding Alliance (NCA), which hosted a conference in Reykjavik last month. The Future of Crowdfunding featured presentations by experts in different fields of crowdfunding, with a special emphasis on the Nordic region.

Statistics were in the forefront of most of the talks, including speakers from NCA, Cambridge, and Finnish crowdfunding platform Invesdor, to name but few. So let’s get down to some of stats. To date, EUR 9.6 million have been raised by NCA members, thereof EUR 7 million in equity based crowdfunding and the rest in reward based crowdfunding. The partners of NCA are Boomerang (DK), Bidra.no (NO), Karolina Fund (IS), Mesenaatti (FI), and Invesdor (FI). Karolina Fund has surpassed Indiegogo and Kickstarter combined in terms of  sums in the Icelandic context, with 150 successfully funded campaigns from 2012 to July 2015 and a 70.9% success rate while the other members of NCA are around the 35-42% mark. Note however that equity and bond based platform Invesdor has a 78% success rate in 2015.

The fundamentals of crowdfunding came from crowdsourcing, i.e. the ability to tap into people’s resources and create a bridge over to the sharing economy. For startups, crowdfunding is an alternative way to access early seed funding, customer acquisition, and validation, and entrepreneurship, which accounts for €6 billion in funds raised via crowdfunding in 2014, according to Dr. Rotem Shneor of NCA and University of Agder, Norway. Successful Nordic examples include Sweden-based Earin, which raised €1.4 million for producing the world’s smallest earbuds, Norway based Red Thread Games, raising €1.3 million for developing a sequel to their Longest Journey game series, and Sweden based Laser Unicorns raised €560 thousand for producing a film titled Kung Fury, coined as 2015’s best 80’s film (and starring David Hasselhoff!).

Crowdfunding and peer-to-peer lending in Europe is estimated to reach €7 billion in 2015.

Shneor predicted a rise in equity crowdfunding and niche platforms with increased competition and consolidation across platforms. Today around 55-80% of projects are rejected by the platform, but the predicted increase in competition for the crowd’s attention and support, Shneor said, would in turn increase professionalism of campaign management. Shneor also mentioned a need for regulation and predicted amendments and adaptations across countries to better fit a crowdfunding reality with an increased focus on educating stakeholders in the market. Tania Ziegler, Research Associate at Cambridge Centre for Alternative Finance, pointed out that equity based crowdfunding has been growing at an average of +410% from €38 million  in 2013 to €113 million in 2014, compared to an average growth rate of 127% for reward based crowdfunding in Europe (excluding the UK). With projects like Oculus, which raised €2 million on Kickstarter and was later sold for €1.8 billion, crowdfunding for equity will provide some interesting investment opportunities for non-accredited investors wanting to support projects they’re interested in while hopefully getting a good return on investment.

Helsinki based Invesdor is a crowdfunding platform focusing on equity-based and crowdbond based funding. According to their website, equity based crowdfunding is typically offered by early stage and growth companies, while crowdbonds are more suitable for more established companies. Invesdor currently hasm a 46% market share in the Nordics, with over €8 million raised in 41 successful rounds to date. Earlier this year, Invesdor became the first crowdfunding platform to be granted a MiFID licence by Finnish authorities, with the intent of offering debt and equity crowdfunding services across all 31 EEA countries.

“Regulation brings trust. The licence has definitely helped us in our home market, and we are confident that we can also build our international competitive advantage in balance with sustainable compliance. Compliance shouldn’t hinder innovation, and we believe we have the know-how to make it work”, said Lasse Mäkelä, CEO and co-founder of Invesdor in an interview with CrowdfundInsider.

Another #milestone reached! We have now helped raise over 8M euros. Thank you everyone! #crowdfunding #crowdinvesting pic.twitter.com/UiRfMDfqPW

Crowdfunding does have its challenges, and gender bias is a big one. According to Ziegler, lenders on crowdfunding platforms are predominantly men aged 55 and older, while women tend to back reward and donation based projects. Although two-thirds of women-led projects reach their funding goals on Kickstarter, compared to a little less than one-third of male-led ventures and women being 13% more likely to meet their goals (according to Crowdfundinsider 2014), women generally ask for less money on crowdfunding platforms, and only 22% of investment funds that come from men are directed to women-led projects, according to Vision Launch. So although alternative finance and crowdfunding seems to be narrowing the gender bias when it comes to funding female led projects, it’s looks as if they are finding this success because they are being backed by other women.

Babou Olengha-Aaby, Founder and CEO of The Next Billion, a crowdfunding platform for female led projects says that there are several factors at play in the respect.

“I don’t believe that female solidarity is the main reason why women are choosing to back other women through Crowdfunding,” Olengha-Aaby says.

Olengha-Aaaby goes on to explain that women hold 70% of the world’s global consumer spending power, representing $20 trillion in real terms and make the majority of household purchasing decision from electronics to kids clothing.

“Is it therefore such a surprise that women are fairing much better at raising capital through rewards-based crowdfunding vs. equity crowdfunding? Especially when the very model on which rewards-based crowdfunding is built on is in fact based on the pre-sale of product and services. But beyond buying power, there is also the target audience factor. Many of the products and services presented via female-led crowdfunding campaigns have for women as a target audience. Women are therefore more likely than men to identify with the need for such products because of their own personal experiences. One could even argue that female funders on crowdfunding platforms are making ‘investment’ choices in the same way that VC’s have done. They are investing in what they know,” Olengha-Aaby adds.

But what does Olengha-Aaaby predict when it comes to equity crowdfunding for female-led projects?

“It remains to be seen whether the stronghold that women are enjoying in rewards-based platforms will translate to equity-based crowdfunding. As it stands today, the un/conscious gender bias present in private equity seems to also be reflected online with fewer women led-equity crowdfunding campaigns enjoying the same level of success experienced by their counterparts on rewards-based platforms. This is arguably because, the  pool of investors on equity crowdfunding platforms remains majority male-focused. Restrictions imposed by Financial regulators worldwide on who can invest via equity-crowdfunding platforms do not serve in furthering women’s success rate on such platforms either. Equity crowdfunding – in many parts of the world – still largely remains a privilege enjoyed by accredited and sophisticated investors only – the majority of which are once again male,” says Olengha-Aaby.

Olengha-Aaby is hopeful that may start to see the scale tip equally in women’s favour both online and offline with more gender-lens VC firms and Female Angels Networks emerging, inspired by pioneers such as Broadway Angels, Pipeline Fellowship, Golden Seeds, 37 Angels and most recently Female Founders in the US.

5 tips on how to become a healthy high performer