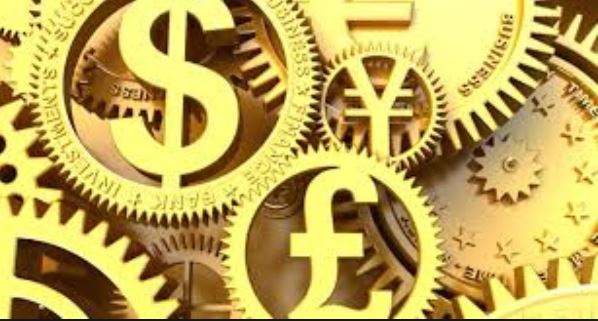 A number of countries are competing to become the world’s first economy to ditch paper currency.  NexChange recently reported that Kevin Jenkins,  managing director of Visa Europe, stated that within five years, cash will be seen as “a peculiar way of paying for things.”

But one region stands out as the front runners in the race to become cashless:  the Nordics.  Here is why the Nordics will be the first to prove that cash is no longer king.

Google “cashless society” and Sweden will invariably pop up in  your search results, and for good reason.  Having been the first European country to adopt paper money in 1661, Sweden is now aiming to completely ditch paper money and coins by 2030.  Many think it will be the first to do so.

Last October, Stockholms KTH Royal Institute of Technology claimed that there are now less than 80 billion Swedish Crowns in circulation, down from 106 billion 6 years ago.  What’s more, only around 40-60% of that is actually in regular circulation, with the rest being stored away or traded in the underground economy.

Mobile payment startups like iZettle and Klarna are easing the transition to a cashless economy for retailers and consumers alike, and Klarna has even reached “unicorn status“, with plans to aggressively expand to the US.  And Swedish startup Cryex, which received $10 million in VC funding, has filed an application with the Finansinpektion, Sweden’s financial supervisory authority, to become a regulated foreign exchange and digital currency marketplace and clearing house.

Denmark is considering completely eradicating paper money by 2030. Since 2015, the central bank has ceased printing bills and making coins, and many banks don’t carry cash.  In June of 2015, the Danish Chamber of Commerce announced that it wanted most stores to get rid of their cash registers by January 2016. The vast majority of retail sales in the country are now cashless, even at hot dog stands and farmers markets. Meanwhile, the use of cashless payments services is accelerating, with P2P platforms like MobilePay being used by 30% of the population.

Denmark has also been an early adopter of Bitcoin.  The country houses 3 Bitcoin ATMs and has declared Bitcoin tax-free . In Spring of 2015, the startup Coinify, a Danish Bitcoin payment facilitator, partnered with PensoPay, who provide payment gateway services to both online and brick-and-mortar businesses, to enable its clientele to accept Bitcoin as a payment method.

Norway is as fond of dumping cash as it’s neighbors, although their rationale for doing so has raised some eyebrows. The country’s biggest bank, DNB, was in the news last week calling for the end of cash to prevent criminal activity.  The Independent reported that the bank estimates that only 40% of the 50 billion kroner in circulation  is under government control, with the rest being used for money laundering and other black market activity. The hope is that going cashless will help stamp out illegal economic activity.  In its drive to become cashless, Norway is taking a proactive – and some might even say aggressive – approach.  Several banks already refuse to accept or offer cash transactions in their branches.

Finland recently topped Citigroup‘s Digital Money Index – a measurement of adoption of digital money – for the third year running. The study cites Finland’s high propensity for technology adoption and innovation by both consumers and businesses, as well as a strong technology and financial infrastructure.  While some digitally-ready countries scoring high on the Index have a cultural aversion to cashlessness, this is no problem for the Finns – the Economist noted that in 2014, there were only 35 ATMs per 100,000 people.  And Finland has been an early adopter of digital currencies – the FIMKrypto cryptocurrency, unveiled in 2014, aims to provide residents with a basic income using blockchain technology.

Fintech startups like Scroo.ge  and Sharetribe are creating services to make peer-to-peer payments as seamless as possible, and companies like Holvi and Zervant help business go digital from day 1.

Iceland is often listed at the top of nations going cashless – 99% of all transactions in the country occur without checks, currency, or coins, giving them the highest proportion of non-cash payments in the world.  Iceland has invested heavily in telecommunications, and enjoys advanced connectivity, leading to a highly developed mobile payment infrastructure.  And Iceland joins Finland in providing residents with a national cryptocurrency.  Auroracoin, which also debuted in 2014, was created in defiance of Iceland’s strict capital controls put in place to save a tanking economy during the financial crisis.  The cryptocurrency is intended to help Icelanders better run businesses internationally and invest overseas.

While the entrepreneurial momentum in Iceland revolves around genomes and medicine, the Icelandic government’s plans to remove the power to create money from commercial banks,  prompted by a slew of financial crises including the famous collapse in 2008, means Iceland is being closely watched as an innovator in the cashless economy.

Startups will fall behind if Europe stays disconnected

BlockShow Europe 2017: The First Blockchain Oscar to be Held This Spring

Bitcoin in Scandinavia: a history