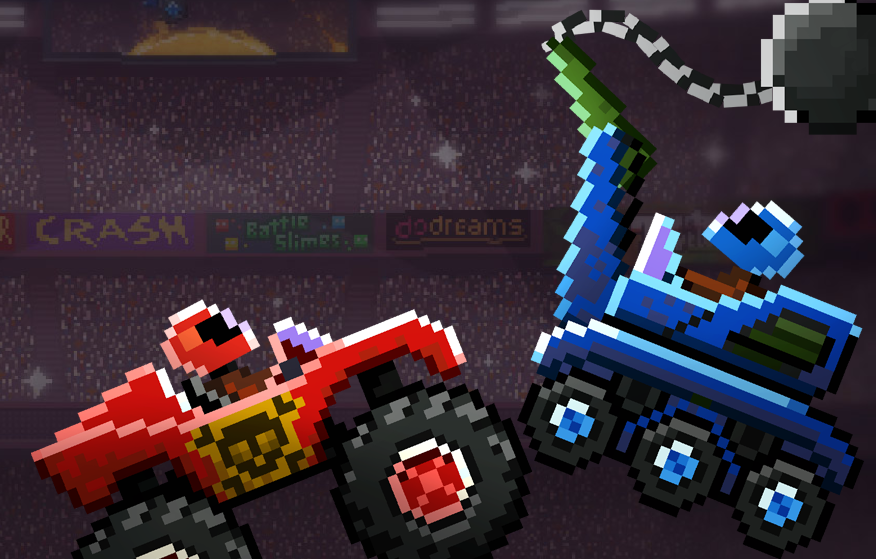 “You could say that people read too many books.” So says Erik Pöntiskoski, the CEO of Dodreams, the company behind the very popular and addictive mobile game, Drive ahead!.

He is responding to the issue of excessive device usage in this day and age, which he feels has a largely detrimental effect on human interaction.  His startup Dodreams,wants to make gaming a social experience, so that it increases, rather than hinders, interaction between people.

Helsinki based Dodreams has a number of titles available, but they’ve hit paydirt with Drive Ahead!, a gladiatorial style driving game that has reached 6 million downloads and counting. As successful as Drive Ahead!’s initial launch was, Pöntiskoski and his team have discovered a large number of downloads this doesn’t guarantee player retention. The games needs enough staying power for consumers to hang around and continue to use the product.  He explains:

“Nowadays there are up to 7000 new titles published per week on the app stores, plus old titles that get updates and so forth so it’s hard to stand out and an easy tactic is to have some kind of shock value. That can get old really quickly so I decided that you should provide a solution to a problem, and I’m proud to say that we are one of the few gaming companies that have solved a quite a big problem.”

Since Pöntiskoski took the reins in 2014, he has had a particular set of values that he strove to instill into the fabric of the company, multiplayer options notwithstanding.

“I try to get my developers to understand (a) Does the player understand what they are supposed to do in the game? (b) Is the game fun and I don’t mean whether the game is funny or not as it could be a horror game for example, but what I mean is when they play the game, do they want to continually play the game and come back to play more?, and (c) Lastly is the game responsive?”

At first he had trouble getting the team to remember this, so he began to utilize a curious way of getting those values instilled into the team by taking inspiration from a comedic Finnish television series. “To be honest, Finnish comedy sucks, but a big way that the TV sketch shows generate laughs is to repeat the same joke week after week to the point where it becomes like a ridiculous catchphrase,” he explains.

Erik therefore repeated the same things day after day, week after week, in humorous fashion to the point that the staff started joking among themselves about Erik’s terrible jokes.  After time, however, these values became like second nature to the team. “First and foremost as a company whether with Drive ahead or whatever future products we will develop, we really want to run on what the team is passionate about and not just what is market driven”.

Pöntiskoski and his team feel that there is a serious lack of social interaction in games.

“Gaming can be a very isolating experience and I noticed that whenever I visited families or friends that the parents don’t like that their kids are constantly on their devices all the time. They don’t want to stop for family time so we decided to try bring families and friends together by implementing a local multiplayer aspect to Drive Ahead. Not only did we solve a big problem in gaming but we found our niche along the way.”

It’s no big secret that having your nose buried in your chosen device has overtaken a large percentage of natural interactions. The Dodreams crew want to instill the old fashioned values of human interaction coupled with new technology in order to ensure that future generations will still require vocal chords.

As with any major cultural shifts, there are always those who view the old days through rose tinted glasses and complain about the new things, though Pöntiskoski isn’t concerned.

“Anything in excess is bad, but you just have to support peoples imagination, and I do believe that you should limit the time spent on devices. I also think that the parents should be more involved so they can play together whether at home in the evenings or on the weekends or even on holiday at the summer cottage for example…if you are worried about what your kids are doing, you can be involved and play together and connect.”

He also notes that those who are complaining are nothing new, and that the naysayers will be proven wrong.

“Even in the early 1900’s the papers were saying the same thing which was that technology is developing so fast and it’s having a detrimental effect on the minds of the young. Then as now it’s the older generations that are more concerned but I can tell from personal experience and from research that has been done that any experience and connection online has just as valid an emotional response as in the real world.”