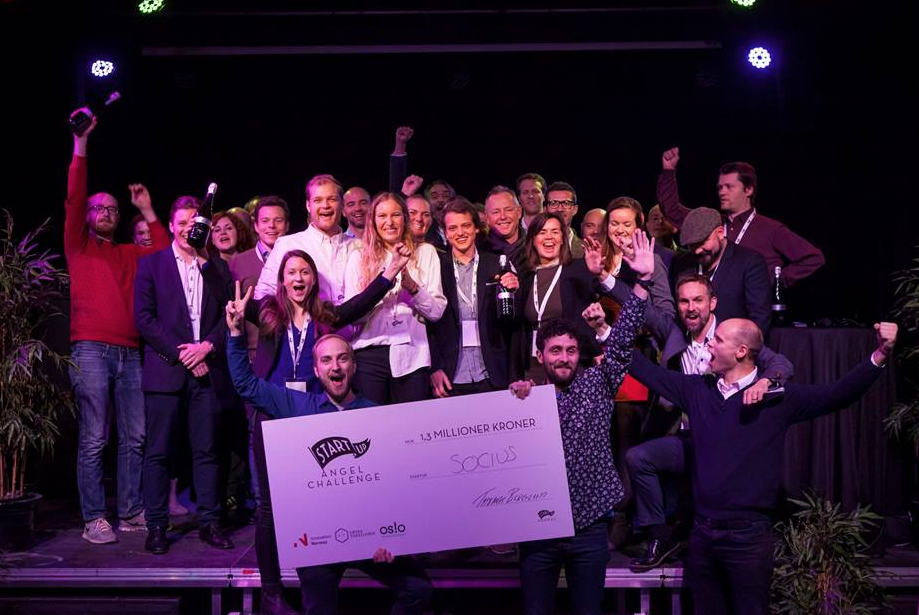 The real-time publishing platform Socius captures and curates content shared on the social web to create unique and engaging stories.

Socius just closed their seed round after 2,5 years of development that includes an accelerated 3 months in Axel Springer’s accelerator in Berlin. There investors include 500 Startups and Raw Invest (Bergen based firm). Their final sum of 1.300.000 Nok came from 26 different angel investors of Norway, and Socius won the first ever Norwegian Angel Challenge.

Out of the many startups in the competition, Socius was the most promising, with what the angel investors believed to be the most financially stable and scalable idea.

Socius extracts information from the scattered social media and turn it into readable content that can be used for storytellers (like us) to learn insights and background information about whatever story they are discussing.

So far, the crux of their success is a strong focus on digital news and digital media. While many similar companies exist that attempt to create one solution for all types of social media, Socius has found a niche market and created a minimal User Interface, a strength of Scandinavian UI designers, where publishers can easily find relevant information.

Their streamlined, minimal UI proved to be a hit, as it is especially scalable with sponsored stories and advertisements.

The whole idea started when CEO Daniel Butler a Norway-based British designer, who read an article on Mashable about how to follow NY fashion week through social media with 10 instagram and 10 twitter accounts.  He saw an opportunity to create  a platform that collects and sorts data from different social medias.

The prototype was launched on Fashion Week, and went viral when celebrities began posting about how useful it was. When Daniel got the opportunity to attend the accelerator in Berlin, Frode Jensen a startup employee who worked two tables away from Daniel at their co-working space, left his  job and joined him on the journey.

After becoming a viral hit and winning a funding round through the Angel Challenge, Socius plans to build a strong sales team across the Nordics, and scale into Germany and the media empire of New York.