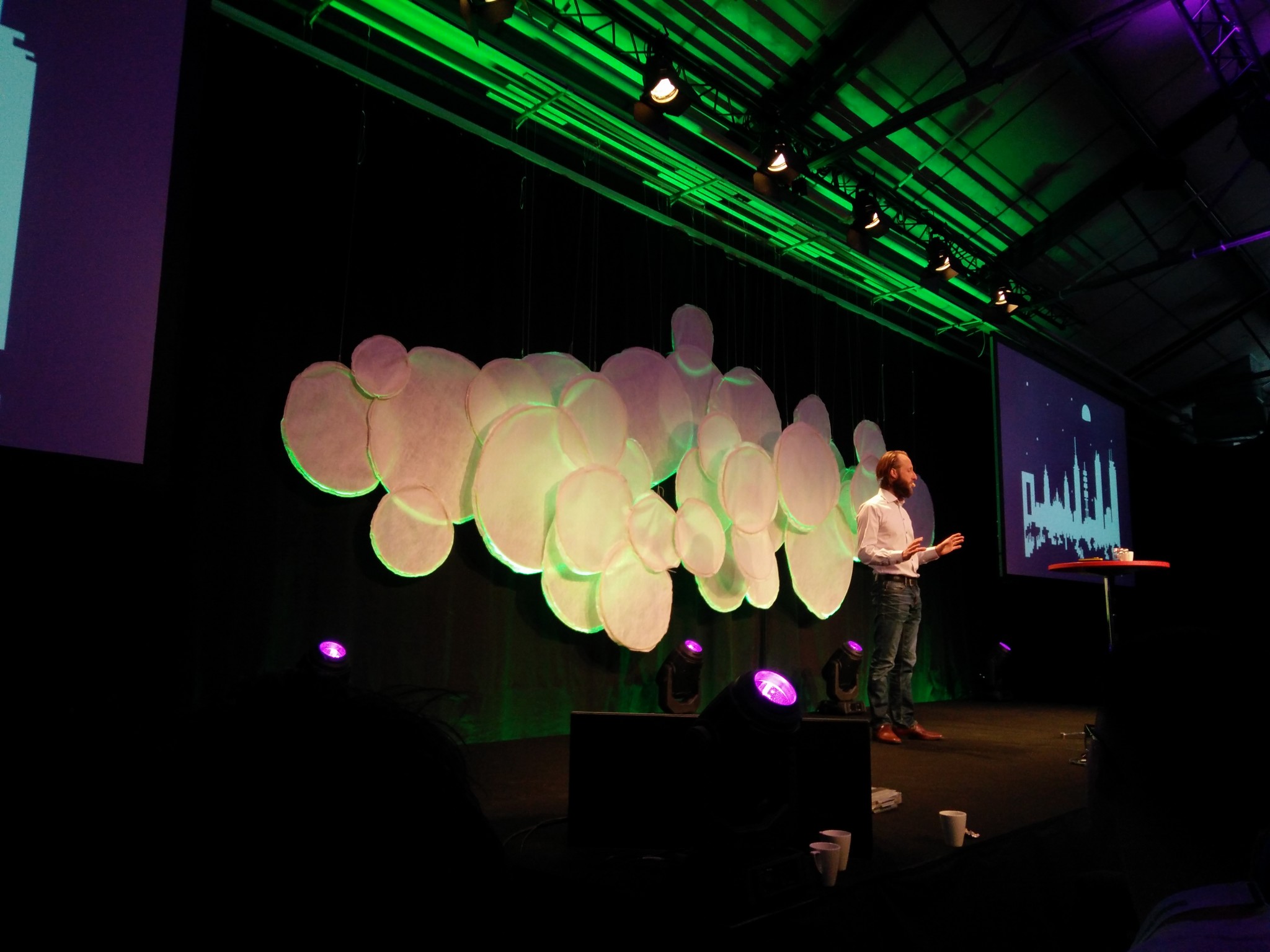 After the hype around the event is gone and you start missing this entrepreneurship day in paradise, it is time to share some lessons learned and news heard.  So, here are 10 takeaways from the event.

1. The Norrsken Social Innovation Foundation was launched. The day started started with a heart-rending speech by Niklas Adalberth, Klarna co-founder, who discussed everything from driving a billion-dollar unicorn to disruptive philanthropy (don’t you know this new buzz word yet?). After spending time contemplating on what is right and wrong, where happiness lies, Niklas decided to zoom into new opportunities and markets by launching Norrsken Social Innovation Foundation, where startup knowledge and philanthropy will meet.

2. “Sweden has reached the future first.” Natalia Brzezinski, CEO of Symposium Stockholm, a week long festival of ideas, fashion, music, and tech, started with quite a flattering quote by Economist about Sweden that has “reached the future first” and Stockholm being a symbol for new leadership models, new definitions of success and community, and a path breaker in connecting people around the existing concepts. The moment when the audience’s heads were pleasantly spinning of a deep, profound (self)-pride, came  an announcement about a thought leadership summit, Brilliant Minds, held on June 9-10, 2016. Hurry up with the application! It seems like a life changing event judging by a speakers lineup!

3. Therapy from computerized psychologists. Danica Kragic, KTH Professor, runs the Center  or Autonomous Systems. Remember season 3 of the TV show Silicon Valley, when Erlich Bachman drives over a robot  deer on the road, made by Stanford Robotics? I’ve got a feeling that it will happen sooner or later on Valhallavagen, since the what her students are doing is pretty amazing.  She also showed Amelia, a cognitive agent that thinks as a human. Amelia understands what people ask and even what they feel.  Danica challenged the audience asking whether they would want a therapy from a computerized psycologist. In the future, she believes everyone will have access to this service.  Already, DARPA-funded existing technology says it can accurately diagnose anxiety and depression.

4. Why do we have a negative attitude towards AI?  IBM’s Christoph Auer-Welsbach, Watson Leader Europe, made good points during his presentation about why we have negative attitude towards AI. Why we are afraid of technology? “General fear comes from the purpose of using technology. We need to make people aware of that is happening. What we are trying to achieve is to scale the mind, enabling deep learning, different approaches and new type of control”.

5. “We are in the middle of the most profound transformation of our workforce in the last 100 years,” says Johan Lilja, Co-founder & CEO at Universal Avenue, during his speech. “The idea of getting work done in one centralized location during set hours, making a living from a single salary stream, and work environments defined by one-worker-one-desk cubical model – are being challenged”. And Universal Avenue practices what they preach proposing companies and innovating ways of marketing – brand ambassadorship. Perhaps something to look into.

6. Africa can teach us about emerging markets. York Zucchi, Chief Coffee Drinker, shared what Africa can teach us about starting up in emerging markets and what it takes to become an entrepreneur. “Africa is a 2 billion population and 2000 languages continent with enormous opportunities”. On the other hand, those opportunities go together with a lot of challenges:  infrastructure is rudimentry (it takes a week to download a movie), funding is almost impossible, cultures on the continent are extremely diverse. If you want to start something there, do it now. But start a real business that serves an actual need. York Zucchi summed up that shitty employees make great entrepreneurs. One can argue with that, but in any case – implementation  is all that counts.

7. Nightclub philosophy for entrepreneurs. Jakob Grandin, founder of Grandin’s Flying Circus and perhaps more known for his Stockholm club Trädgården, spoke about applying nightclub philosophy to the entrepreneurial world. “The essence of nightclub is taking people from usual life, giving them  freedom of sexuality and place where people  can express it.  It is about using emotional triggers to get a bigger result. It is tough to be new and sell, but the made-up systems of today are made up and you have the power to change anything you want.”

8. IoT can prevent poaching. Thomas Backlund founded of Blockie.org,  which uses the Internet of Things technology to prevent poaching. Thomas shared his personal story about how he dismantled his life. He was tired of living for a long time in stress and fear. His solution was to leave everything behind and to try to live in forest for a year. That brought him new insights and new definition of normal. The main takeaway from his talk is to accept the fear and just step through it.

9. The Queen of shitty robots. If you think PewDiePie is entertaining, check youtube channel of Simone Giertz, another Swedish youtube star! Her presentation was the most inspiring and action focused. Being a non-technical, she learned how to create cool but totally useless robots herself (that is why she is called a Queen of Shitty Robots!) Her life lesson: “Lean by doing. Learn to build useless things that you like. And don’t forget, you ideas might be smarter than you, you never know what they will become”.

Thank you, Startup Day. It was a great event. See you next year!