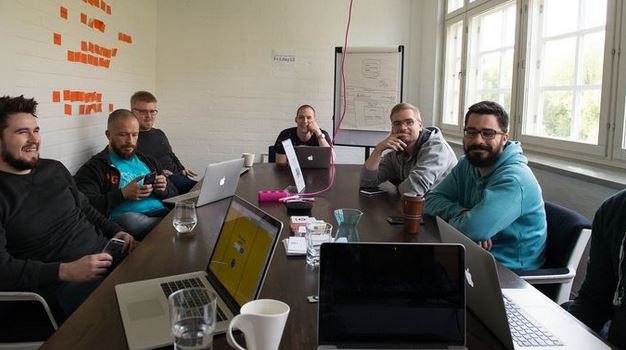 It’s no secret that data is valuable. Oil used to be called black gold but now big data has taken its place. Kisko Labs breaks down what that means.

At present there are ongoing discussions about the integrity of our data, the security of our data and the way in which companies we willingly give it to might be planning to use it. Either way it’s becoming increasingly clear that Big Data is the new hot topic. Many companies are starting to show an awareness of its value and want a piece of the action.

Kisko Labs is a Finnish software company that has worked with several clients in Finland, including the likes of Rovio, internationally renowned for the mind-numbingly addictive ’Angry Birds’. This forward thinking company used several creative methods to develop the team, one of those being an ’internal hackathon’. An opportunity for the guys to thrash out different topics and spend time debating future trends in ITC. Intrigued by this, I used the opportunity to bring up the question of ’Big Data’. I wanted to ask how software engineers – who value customer satisfaction which they call happiness – see the big data trend evolving in the Nordics right now.

The Founder of Kisko, Antti Akoniemi told me, “It’s clear that data is becoming more and more important for entrepreneurs. It brings with it potential for knowledge and the ability to give us an insight into areas that might otherwise be off limits. Last year we helped one of the biggest Finnish Publishing Companies, Otava, create a platform for multichannel publishing. Although we didn’t need a lot of big data analysis when creating this platform, we can see from this project that a new kind of trend is evolving. This type of software will become a lighthouse for future projects with similar scope. Companies will not only need software, but software which is able to use existing ‘big data,’ to analyse newly created data or dig deep in established networks to harvest long lost data.”

Reliance on data is central to success for new startups

The same applies for startups, as they are often small teams and sometimes solo projects. It’s the type of data that a new business might find useful or interesting that’s so fascinating. The reliance on data and how it’s used is central to the success of newly established startups, as both a stimulus for ideas and a tool for locating a niche; its origins from unexpected places, its availability widespread and absolutely possible to access to those with the patience and tenacity to seek it.

I recently spoke with Professor Carlo Ratti, Director of MIT SENSEable City Lab. He believes that we are at the beginning of a big wave of data that has come about as a by-product of our technological movements in recent years. He refers to this data – coming from the infrastructure of cities – as naturally occurring, and thinks that anyone who can analyse it has the potential to respond with a product or service tailored enough to be successful in a niche market.

“Data is really the way we communicate with the city, and the city produces data that is knowledge of the city; and we can respond to that.” Talking with reference to a study he and his team have carried out, looking at the information about movements of people around the city of Rome during a UEFA European Championship game in 2009, with data generated from calls and texts over a regular cellular network. This is valuable data that’s leaking, naturally occurring, that needs to be extracted.” He also mentions that information which is generated by today’s technology:

“Analysing data, processing data (but also in real time), responding to the data — well that’s all what it is about. If you think about it, everything, every kind of app you’re using on your phone is doing that. It’s just getting data and giving it to you, so the feedback loop is created.” He adds, “We collect data for instance, startups themselves collect it. It’s like self-reflection to see how you can streamline your own operations, so it’s not only about the data you collect from the city, but perhaps also some of the data you generate internally. This allows you to have a better understanding of what you’re doing and how you could improve it.”

However, it seems to Ratti that our main focus now should be on data that is buried deep in the established networks of our cities, “There’s still a lot of data in the city we’re not using, so there’s certainly a lot of data we still need to use… data, ‘big data’, is the new oil, and like oil unless you extract it then it has no value, so you really need to drill for it, draw it out and refine it.”

New data is good – but existing data is equally valuable

For established companies the new ‘credo’ will soon be how to use existing data, which has been collected within the company through several sources, learning how to combine it and how to make the most efficient use of it. It’s also important to understand how this data will show the trends in the market and how these trends can give a deeper understanding of the product life cycle, and the buyer journey of the customers. Ironically, oil companies were one of the first major sectors to use big data – as a way to find suitable drilling locations; the same logic will apply soon to other sectors.

For new startups the general message seems to be that of hard work; digging for the gold. Easy data being nowhere near as exciting or useful as the stuff you have to work for. The low hanging fruit is never the sweetest.

This article was originally posted on Hybe.

Identitrade aims to unlock the web