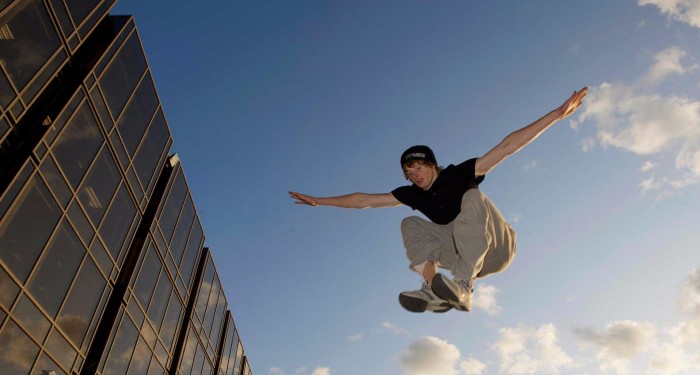 Zpindler is a new platform to capture, play and share interactive video. Using natural interfaces they break the static rules of video as we know it.

Video has evolved and changed a lot the past years. Evolving smartphones combined with high speed internet enable multiple ways of creation and consumption of video. New tools enable extreme creativity and engagement. We now have the tools for more creative capturing, live streaming and full freedom to view on any device.

But the way we experience has not changed. According to the founders of Zpindler, all we have to do is press buttons somewhere to watch video, pause or navigate.

So, video is still a one way preset delivery of content and there is a lack of freedom to play and ability to be creative while experiencing it at the same time.

Zpindler’s team has a vision: to make video interactive and create a playground for creative experiences. They are working on a revolutionary way of experiencing video, to make it emotional – a truly interactive experience. Not constrained by the static rules of video today.

Zpindler was one of the startups participating in the recent event Join a Startup Day in Oslo and will be video partner for Startup Extreme. Regarding Startup Extreme, Startup Norway was clear about the reasons for choosing to collaborate with Zpindler

“Startup Extreme is gathering the most innovative and exciting Nordic startups, and it then became natural to partner up with Zpindler, which with their innovative technology and solid team has potential to become one of the next Norwegian startups to watch out for. Also the mentality of the Zpindler-team was important for us when choosing to collaborate with them; their dedication to what they are doing, while still keeping their playfulness, makes us really looking forward to see the results of the collaboration.”

In March 2015 Zpindler was awarded best start up on Pirates On Shore Tour 2015. Pirate Summit is Europe’s biggest invitation-only gathering of early-stage startups and investors. The final competition will take place in September in Cologne. The jury of Pirate Summit said the following about Zpindler

“Zpindler won the pitch competition at our Pirates on Shore event in Oslo with many points ahead of the other pitching companies. The simplicity yet ingenuity of the concept convinced us as a jury. I’m excited to see how Zpindler will be integrated into other video solutions/platforms in the future and especially look forward to having the team over at Pirate Summit 2015 in Cologne!”

Besides this Zpindler has also been recognised for Microsoft’s high profile Bizspark program.

Zpindler offers the opportunity to sign up for beta access to stay tuned and reach the answer to their question: where is the human touch in video?

The Norwegian Winners of the Nordic Startup Awards 2015