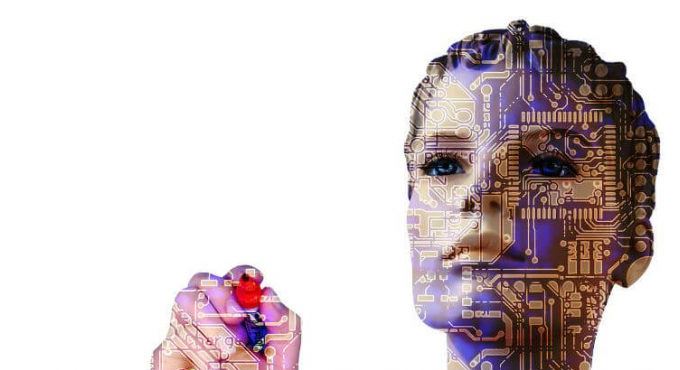 The purpose of chatbots is to aid in interaction with digital systems. But although the idea for chat bots is as old as the invention of the computer, users are often disappointed by what chatbots can offer. Should your company use chatbots, or should your development resources be used elsewhere?

– Reply with “1” for English. Reply with “2” for Arabic
– 1
– Thank you. This is an automatic service for refugees. You can use it to get up-to-date information about your personal case.

This is how a text message correspondence with RefugeeText‘s chatbot sounds (loosely translated). RefugeeText’s chatbot operates via text message and Facebook and aims to provide valuable information to refugees about everything from asylum conditions and relief.

Although RefugeeText is still at a highly synergistic stage, there is great interest in the idea.  But whether this chatbot can reach it’s full potential depends on whether users will accept that they are communicating with a robot and not a human.

“When it is just a robot – for example, a chatbot – is a little bit human, so we expect that it has social skills and can do more than it  can, because when a system works in place of a human, we expect soon much of it. So we are easily disappointed, “says Thomas Bolander , PhD, associate professor at DTU Compute and researcher in artificial intelligence.

Chat Bots, which are computer programs that can communicate with users via audio or text, are within the category of artificial intelligence.  For example, many people in Scandinavia are familiar with IKEA’s Anna, who can chat with you about prices and products on IKEA’s website.

Even more well known are Siri and Alex, who are respectively Apple’s and Amazon’s intelligent personal assistants. By asking questions to your phone, you can ask about different topics and get answers.  Sometimes.

The problem with both types of chatbots is that they do not always work as we expect them to.  Sometimes they do not understand our questions, and other times they give poor answers and are otherwise useless.

Chatbots are as old as computers

Within the next ten years, chatbots that interact with users in a natural way will hit the market.  Cracking this code has been an ongoing challenge since the 1950’s, as the idea of humans and robots communicating dates back to the invention of the computer.

The Turing test, developed by Alan Turing in 1950, is a standard used to determine a machine’s ability to show intelligent behavior similar to that of a human.  The test is still used to today to decide the winner of the annual international chatbot competition, the Loebner Prize.
Messenger apps paves the way for chatbots

To compete for the Loebner prize, the level of your chatbot needs to be extremely high.  But that level is not always necessary for a business to implement a chatbot.  Juraj Pal is the co-founder of the chatbot service Sure and organizes the chatbot Meetup group in Copenhagen. He believes that chatbots are valuable, and that it is something start-ups should work into their products.

“Companies must obviously be where the customers are. But social media apps are on the way out and messenger apps are emerging,”, he says, pointing to a study from BI Intelligence.

This means that there is potential for chatbots that can be incorporated into messenger apps like Facebook’s Messenger or WhatsApp.

“Chatbots work when they remove difficulties. For example, when you book a holiday, rather than visiting many websites, a chatbot could make sure that you skip parts of the process to make ordering tickets easier,” says Juraj.

However, there is a challenge, in that people who are relying on a chatbot are wary about being manipulated by advertising.  Chatbots in their current form are best for facts and not, for example, recommendations.

“Chatbots works well for B2B solutions. For example, in fintech, companies with a chatbot can quickly get answers to how much money they spends on coffee or photocopies,”  says Juraj.

The most important consideration when developing chatbots is that they are only used for clearly defined issues, says Thomas Bolander.  Otherwise they have a high chance of failure, because chatbots still have difficulty interpreting questions.  Therefore, it is critical to be extremely precise when defining what the chatbot is for, so users can be realistic about their expectations.

“My daughter asked example, Siri ‘how far away is my birthday?’. It said that the GPS signal was not activated because it does not understand the concept of time in my daughter’s question. Humans understand, but so far, the artificial intelligence is not there yet,” says Thomas.

Companies should be sure that when adding a chatbot it is not going to disappoint users more often than impressing them.  If the use of the chatbot is too ambiguous, there is a risk of misunderstanding.