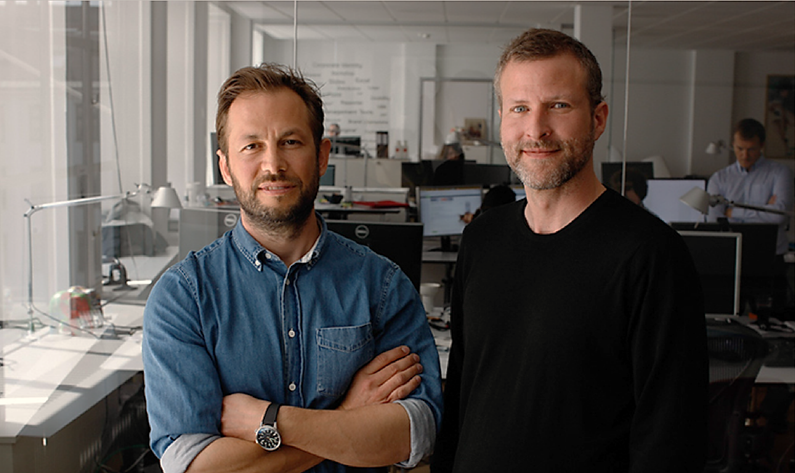 Last summer the Danish startup Templafy received 20 million in venture capital to strengthen product integration within their enterprise segment and attract the best talent in the industry. Now, they have opened their North American headquarters in New York, and solve a niche problem in a global market.

Templafy is behind a cloud based service which ensures that organizations can maintain visual and legal standardization of templates, documents, and presentations across platforms. Their solution ensures that all the material, whether it is a PowerPoint presentation or a new business proposal, is always available and always “on-fire”, as they call it.

Their software also provides an updated visual and legal compliance of all of an organization’s documents, something which even large enterprise companies still do manually.

“Visual and legal unification of documents is not the sexiest discipline in the world, but it is a problem that has high demand for a solution, as the larger companies are both mobile and paperless,” explains Christian Lund, founder and CEO of the Danish company, which is  located on the main shopping street in Copenhagen.

A mere half year after their last capital round of tens of millions, Templafy has sold 40,000 licenses in four countries, with clients including major Danish companies such as ATEA, DSB, and Scandinavian Tobacco Group. Templafy has now grown enough to try the American market.

The need for visual and legal standardization in an organization’s documents is global. While other players have focused on ensuring accessibility and usability of their services, Templafy  has created a service that also works across all applications.

“We help to ensure that design and business critical content, such as contracts and legal documents, are always updated. Regardless of where and how the user chooses to access them, “explains Christian Lund, who has worked with internal standardization of business documents for more than ten years.

Even in smaller companies, it’s a time-waster for the employee having to manually enter and change the company address of each legal document and stationery. There are already some companies that have tried to make the process easier, but the team behind Templafy has developed a software that automates the work.

“The race between, for example, Google and Microsoft, has focused on accessibility and usability, but not on the standardization of company documents. It is our niche. “

Templafy optimizes not just a process; it eliminates it entirely by ensuring standardization across the company’s departments, regardless of when and how documents are being accessed (from a computer, a smartphone or a tablet).

It was this aspect that convinced the VC’s  Sunstone Capital and SEED Capital to invest tens of millions.

“There is a huge potential, and Templafy has identified a new need among larger companies and is going strong towards being the first to fill it,” said operations director Jacob Ekkelund, former investment manager at SEED Capital.  He previously held a board seat in Templafy until earlier this year, where he chose to take a position in the company.

Many more will work in the cloud in the future

It is estimated that worldwide, there are about one billion users of office applications. Gartner expects that 60% of all of these will be on a cloud-based version by 2022. This expectation towards a general change in behavior is what the team behind Templafy believes will ensure that they have a strong position in the future.

“Our position in the global market can be simply explained by the fact that we have a service that has its engine in the cloud, so it works across all programs regardless of where they are located,” explains Christian Lund.  He continues:

“So we hit directly into a huge demand from the many companies that already have most of their applications in the cloud. Here, we are putting ourselves in a market category that has not yet been settled. Therefore, we have a huge potential. “

Templafy launched in 2014 as a spin-off of the Danish company Template, which is the largest template management company of its kind in the world. Since its launch, Templafy won  the Traction Award Prize at DEMO in the United States and the Battle of the Vikings pitch competition at the Nordic Startup Conference.