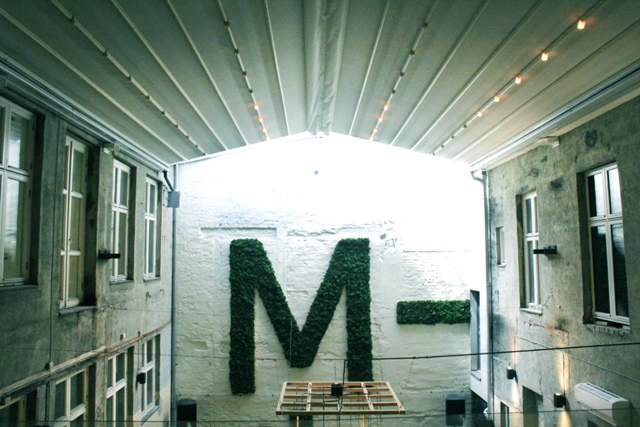 “State of the Union”– the Icelandic Startup Community

Calling MESH just a co-working space is way too simplistic. It is a start up itself. It is a networking space.

And it has its own hip café and bar.  Not to mention the working lounge. Following the MESH website we can define it as hub for the “Nordic Creators’ community”, and brainstorming with founder Anders Mjåset ,we came to the nomenclature “Innovation platform”.

Describing the scope of the space in a few words is difficult, as one of the fundamental philosophies of MESH is to challenge the existing co-working space and startup culture in the Nordics.  Unlike many locally based co-working spaces, MESH aims to implement elements and opportunities to launch the next generation of Nordic startups and entrepreneurs internationally – from the very beginning.

MESH was founded in 2012, but relaunched with new facilities and expanded goals at Oslo Innovation Week on October 12th.

From entrepreneur to global community-building

“The second company was quite successful and it brought me out of Norway. So I got to see the Stockholm and London startup community. They were slightly different from the Norwegian startup scene. Ten years ago, already most of the Norwegian entrepreneurs did not feel at home in the Norwegian community as it was slow-moving , bureaucratic, and old fashioned. When joining the international scenes I started to become a part of communities that resonated way more on a personal level. That sparked my interest in the modern startup scene.”

After selling his last company in 2010, he set his sights on changing the Norwegian startup community.  He began at a governmental level, joining the Advisory Board for Entrepreneurs and Startups to challenge the established entrepreneurial community and create a modern one, connected to the international startup scene. Later on, he decided to found Mesh.

“It is my most ambitious company so far – we are 15 full time employees and 30 part time employees. We are working at the fundamental level of the startup scene which is super motivating and exciting to me. We want to have a fundamental function in the present scene, creating something that resonates with creators  an entrepreneurs and giving in return the modern entrepreneurial next generation workspace and network”.

Part of the space is open to anyone, yet MESH wants to curate its community members. It is possible to join the MESH community with three different memberships, to access specific areas of the venue. For entrepreneurs or professionals not based in Oslo, a Lounge membership guarantees a space to work, join the MESH network and events, and use the meeting rooms when in town for business. An Office or Desk Membership enables startups to rent a co-working space.   “We do not want to be a niche incubator. We want to cater to a broader audience. Right now we have 70% innovative tech founders, but we also want to have some creatives, animators, and publishers to develop a more creative and inspiring environment.’’

The community is bolstered by having events and hospitality services. “We have our own series of event, but as we are a innovation platform we do not want to create all the content ourselves, but we like to have a space used by all community members, where they can pitch and presents their ideas for possible events.”As MESH is made by and for entrepreneurs, their aim of creating a more linked and connected community is surely soon to be achieved.

Konsoll 2015 Will Be the Largest Norwegian Games Conference

“State of the Union”– the Icelandic Startup Community

AngelList: Top tips for getting funding in the Nordics