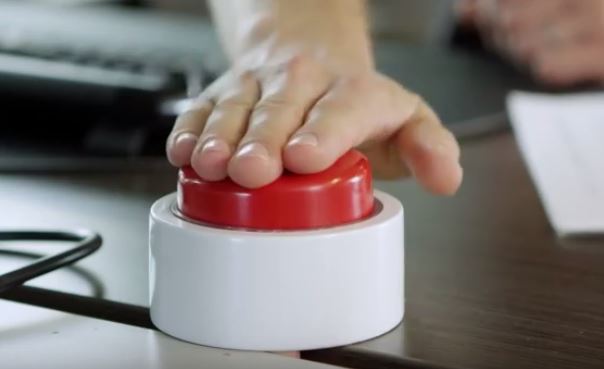 The Button Corporation, which launched world’s first IoT physical push button from Helsinki in the Spring of 2014, has launched a new bttn Mini designed by award-winning Finnish industrial designer, Harri Koskinen, best known for his Block Lamp, a light-bulb held inside two shaped pieces of clear glass, which is exhibited in MoMA in New York City.

Harri has designed products for Issey Miyake, Schmidinger, Montina, Marimekko and Iittala among others.

The combined bttn and cloud service offers various configurable actions to trigger upon pressing the bttn. You can harness the power of various Internet technologies, such as HTTP(S), RSS, OpenHome, IFTTT, Zapier, Icontrol, Twitter, Facebook, Email, or SMS messaging. There is also an open REST API, that allows companies to integrate bttns with whatever platform they have.

In just two years, the original bttns have been shipped to over 100 countries worldwide and are used by leading companies in transportation & logistics, maintenance services, hospitality industry, retail, elderly care, manufacturing & process industries, security and smart home, to act as a shortcut to order their products and services.

For example, the original bttn is used by France’s largest taxi operator.  Customers simply press a bttn to call a taxi for pickup. .

“We are proud to have been able to pack even more power into the diminutive form factor of the bttn Mini. With two distinct gestures – the press and the long press – the bttn Mini can perform two separate actions. The long press is a feature developed to meet the needs of our business customers to be able to cancel or confirm an action or a purchase, ” says Harri Rautio, founder and CEO of The Button Corporation, in a press release. “As this is a widely requested feature, we are bringing it also to the original bttn via a simple firmware upgrade,” continues Rautio.

For more information, visit the company website at bt.tn.