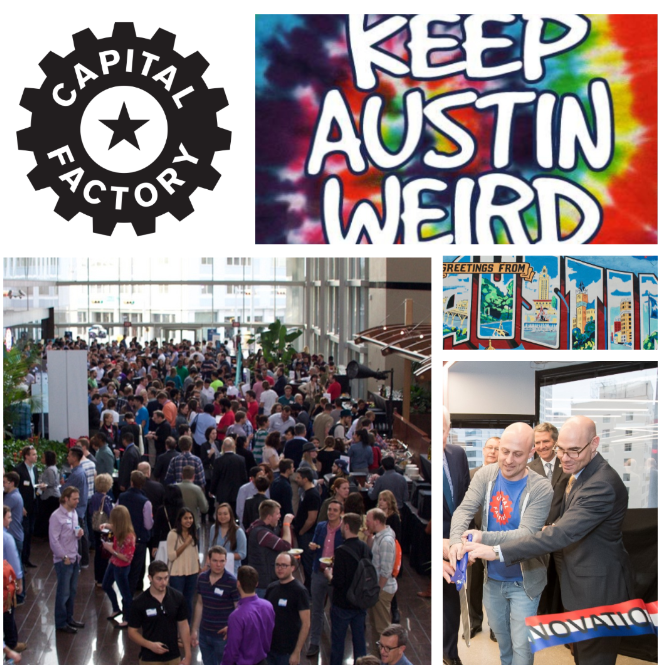 There are 100s of accelerators, incubators and co-working spaces in Austin. Austin is also the growth capital of USA, with approximately 150 people moving to Austin every day, of which approximately 100 are moving from the California’s Bay Area. But is it a viable landing pad for Nordic startups?

At SXSW 2019, Nordic Startup Bits talked to Capital Factory ‘s Fred Schmidt about the benefits of Austin over New York or Silicon Valley. Capital Factory is an Austin-based accelerator and co-working space that hosts some of the top startups in the city.

NSB: What are the benefits of Austin as a US location (compared to Silicon Valley, New York, Boston, Chicago)?

Fred:  Chicago is “old economy”, so let’s put that location to the side straightaway.  Although there is a burgeoning startup scene spinning up there, just like in Detroit and other “rustbelt” cities. And I know the upper Midwest region of the U.S. has always held a lot of attraction to Finns and Nordic region emigres because of similarities in weather and topography.

Focusing on the long established U.S. ports of entry for European scaling companies of the Northeast like New York and Boston, and San Francisco for all things tech, Austin is a big differentiator from those locations.  And it’s not just Austin, but all of Texas. Here’s why:

Size.  Texas – all by itself – is the 10th largest GDP economy in the world. At $1.65 trillion in 2017, it is larger than South Korea, Russia, Australia, Spain, Mexico (the next 5 biggest).   https://en.wikipedia.org/wiki/Economy_of_Texas

Density.  In the center of Texas are 4 or the 11 biggest cities in the USA:  Houston (#4), San Antonio (#7), Dallas (#9) and Austin (#11) – all within 3 hours driving between each other.  That’s a huge market on its own. If you can launch your U.S. operations and succeed in Texas, scaling across the rest of the USA is very straightforward.  https://www.infoplease.com/us/us-cities/top-50-cities-us-population-and-rank

Taxation: Texas has no state-level income tax on either personal or corporate earnings – versus California (up to 13.3%), New York (up to 8.82%), or Massachusetts (5.1%).  That is more money that stays in the pockets of founders, their employees, and their companies.

Bureaucracy and business friendliness:  Texas has a part-time Legislature that only meets every other year for 5 months – to make laws, and to get rid of them.  Then they go back to their ranches, businesses and families to live normal lives like everyone else. Less bureaucracy, especially compared with California, means less complication bringing your products to market, lower legal costs, and fewer people telling you what to do.

Weather: Little to no snow, and lots and lots of warmth and sunshine. And some 5 months of heat as a downside, too. But to deal with that, we have a never ending supply of cold beer, spring-fed swimming’ holes and ice cold air conditioning that run all year around.

The Texas Startup Manifesto says it all! Check it out, while Texas is still the best kept “secret” in the startup and scaleup world.

NSB:  What is the meaning of Dell Technologies and other larger corporations in Austin for foreign startups?

Fred:  Dell is one large and well-known, home-grown (from university housing dorm room startup) corporate employer in Austin, and we appreciate all that Michael and his scores of Dellionaires have done for our City. But Dell emerged during the 1980s, before that we already had big tech companies that came to our town because of all the universities and brilliant talent that was studying here, companies like Tracor, IBM and Texas Instruments.  Then came the two unprecedented pioneer consortiums who really defined “collaboration” – MCC (Microelectronics & Computer Technology Corp) and SEMATECH – large companies and the U.S. government who came together to help innovate for American competitiveness against the Japanese electronics industries of the 1980s. Then came headquarters or large campuses of companies like National Instruments, Whole Foods, Motorola, 3M, AMD, Electronic Arts and many others.  Now, Austin is home to the 2nd largest Apple campus in the world after Cupertino HQ (with 6,000 Apple employees here now, growing to over 20,000 with the new expansion). There are also large campuses of Google, Facebook, Oracle, Intel, Cisco, pretty much everyone from Silicon Valley has discovered the secret sauce in our “Silicon Hills”. To foreign startups, these all represent excellent prospects for early B2B customers, potential strategic investments, sources for collaboration, inspiration and learning.  This is also sound validation to your investors and board of directors that you have not lost your mind in wanting to establish your U.S. base of operations in Texas:)

NSB:: What kind of programs does Capital Factory have for international startups?

Fred:  Capital Factory is 10 years old this year, and we have developed our International programs over the past 5 years.  A principal offering is Touchdown Austin, our soft-landing program for expanding scaleups from all around the world who are ready to enter the U.S market and want to do so through Texas and Austin. This is bespoke “concierge” service to help foreign entrepreneurs get settled in (Where should I live? How best to get around? Where is the best barbecue, tacos and live music?), figure things out (How do I incorporate?  How do I get a bank account? What sort of visas do we need?), and start to find the ultimate measures of success and validation: customers, revenue, first employees, investment, etc. Capital Factory also offers an array of other programs ranging from 1-week bootcamps…to immersive 3-month market familiarization programs.

NSB: What is the meaning of SXSW to international startups?

Fred:  South By Southwest (SXSW) has been going since 1987 – for 32 years now – growing from a small music discovery event, to a much-respected film festival, to then technology and “Interactive” portion, which is now the largest segment and includes a conference with top global speakers and many hundreds of sessions.  It spans a very full 9 days and takes over the whole of Downtown Austin, attracting over 100,000 attendees – about 25% of them from foreign countries, and bringing Austin $350 million in economic impact in just that one week.

It is arguably the world’s foremost conference-festival-event of innovation and convergence across the tech and creative industries.  Each year we see amazing bespoke activations by not only the usual big brands and corporate sponsors, but also countries and cities, such as: the House of Scandinavia, EU@SXSW, German Haus, Great Britain House, Casa Mexico, Australia House and dozens more.  Capital Factory is an official partner of SXSW, and this year curated more than 20 conference sessions and over 80 events in our space alone. We organize and run the opening event, the ATX Startup Crawl, which brings together over 15,000 participants visiting 14 downtown tech locations who open their doors to the public, including our Capital Factory Mega-Stop that features over 80 participating startups.

We also had a pleasure to go and listen to some live music with Michel Wendell from Nexit Ventures, and learned a lot about Austin from this Silicon Valley Nordic pioneer who has recently moved/relocated to Austin. Discussion, within the loud & live music, followed the same theme as with Fred, and Micke pointed out that Austin is much more approachable for entrepreneurs, as competition for funding and resources is not as intense. Also Austin has a broader ecosystem, as all things are not centered around Facebook, Google and Apple. Congestion, cost of living and access to culture is on a different level here.

Dell, and many other Austin’s tech companies, are the reason for many internationally experienced people, who have been involved in scaling businesses internationally. THis has generated local wealth, which translates to venture funding.

As this is not Micke’s first SXSW, but first as a local, we had to elaborate the meaning and role of SXSW, while jamming, chatting and pitching with an awesome crowd of likeminded people. The role has obviously been big in forming Austin to what it is today, and has brought in lots of people who would otherwise not have gotten exposed with the city. It also has supported the integration between tech and film and music, as well as now also covering areas like education and health. SXSW is one of a kind event, with many relevant people attending and networking, making contacts and furthering your business, and Micke will be keeping Austin weird for the coming years of SXSW festival.

One of the Finnish entrepreneurs, Jaakko Timonen from NoNoNo, who has chosen Austin as their landing spot into US markets, sees Austin as a place to reach a more general US market with new ideas, services and products, for that reason Austin is a top choice. He also appreciates the Capital Factory program:  “I chose Austin because we got selected to Capital Factory’s soft landing program that offers us a great network of mentors and an access to potential customers and business partners through warm introductions.”

Finland’s VertaaEnsin is building a Momondo for financial services

Norway based global impact accelerator open for next batch of startups