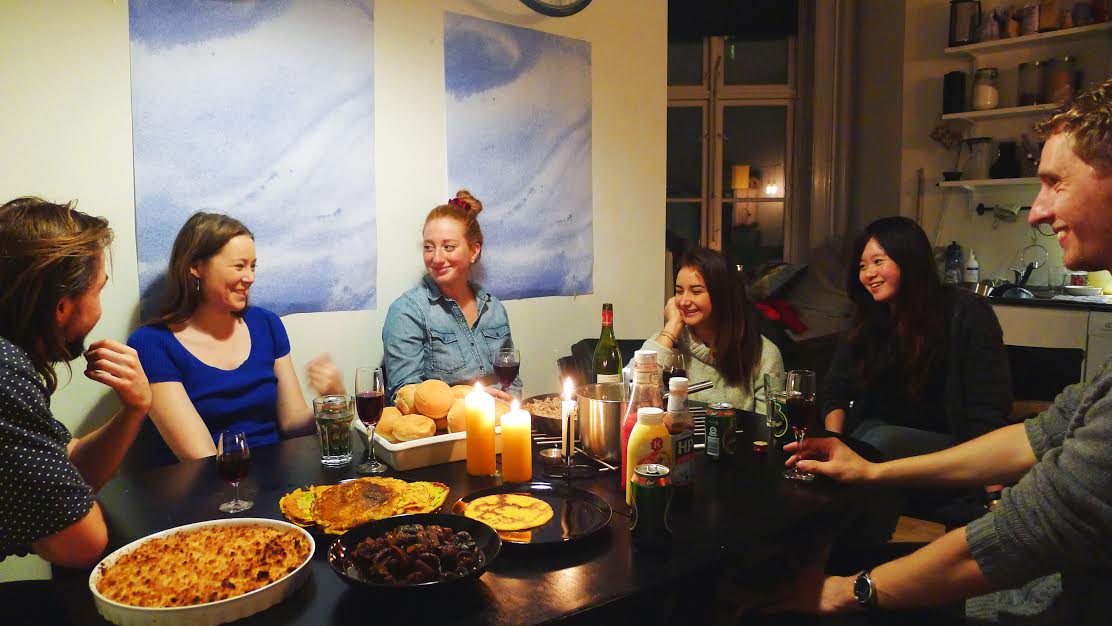 It’s not about eating. It’s not even about cooking. It’s about socializing.

Students from University of Copenhagen and the Royal Danish Academy of Fine Arts have created Cook With a Local to enable people all over the world to connect with each other by cooking and eating a meal together.

It all started out in 2013, as a part of a cross-curricular project in collaboration with Wonderful Copenhagen and Det Gode Naboskab (a Danish social housing project). Christopher Pilgrim and Inger Gislesen had to figure out how to enhance contact between the locals and foreign-born residents in Blågårdsgade, a place in Copenhagen known for difficulties with poverty, crime and other social challenges. They decided to look into how they could enhance the contact between the two groups through a digital solution.  They settled on creating a food-related initiative, as food is something that is important to all people across social, religious, and economic divides.

“Our vision is to connect people worldwide through cooking together by enabling unique experiences and giving people the chance to earn money. We want to be present all over the world and become the sharing economy company for food,” says Inger Gislesen, CXO

During their fieldwork, Inger and Christopher talked to the owner of a small greengrocer and ended up getting a spontaneous cooking lesson in a small kitchen in the back of the store. They learned to make the owner’s secret European/Arabic fusion lunch recipe. The experience was so memorable that they wanted other people to experience what they did.

“Cooking together immediately broke down many of the barriers between us and the Arabic store owner as he opened up and shared his life story with us whilst teaching us one of his secret recipes. We bonded over the connection between food and creativity and dreams for the future. It was such a memorable experience for us that we decided to develop our concept so more people could experience what we experienced, ” says Inger.

In 2014 they created a digital platform, where you can host or be a guest at food or beverage events. Although cooking a meal is the most well-represented activity on the site, the platform also offers wine tasting, cake decorating, juicing, whiskey tasting, beer brewing, candy making, and much more all over the world.

Since the company emerged out of a cross-curricular project, Inger and Christopher had no experience in entrepreneurship. Inger is a business anthropologist, and Christopher is a designer. The soon assembled a more business-savvy team to make their dream become a reality.

The next step : cooking with locals on a global scale

When they launched the website in December 2014 they received a lot of bleeps from people all over the world, who found their concept really interesting. This confirmed that what they were doing was right and that there is global potential for the company.

“We quickly had global interest in our product and events were uploaded in many different countries in Europe, Asia and the U.S. However we were not able to fill all events at the time due to not having enough customers in some locations. Therefore we are scaling into other markets more targeted so we can be sure to have enough hosts and guests from the start. We have a great international team now and are proud that so many have shown interest in our product outside of Denmark,” says Christopher Pilgrim, CXO.

Growing a passion for entrepreneurship at a young age