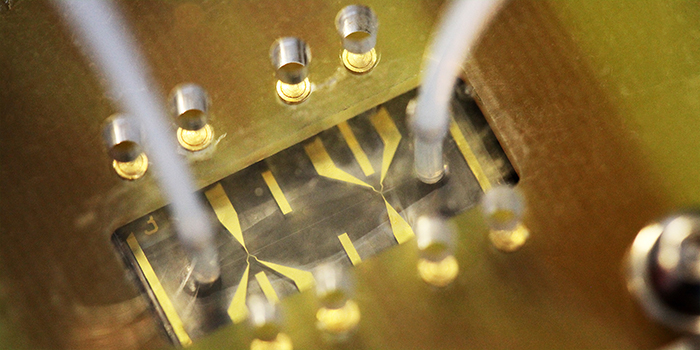 SBT Aqua‘s stated goal is to “radically improve the standards of water quality control” to prevent the spread of water-born illnesses, and they are not far from making this a reality.

As DTU students, founder and CEO Gustav Erik Skands, along with his team, Frederik Peter Aalund (CIO) and Christian Vinther Bertelsen (CTO), discovered that the current way of detecting unclean drinking water was remarkably crude. Not only do current methods rely on manual labor, they leave water supplies open to undetected contamination for critical periods of time.

An old system in need of an update

As it stands, water utilities need to send an employee to manually take a water sample if water is suspected to be unclean. The sample is then sent to a laboratory for analysis.

Laboratories than need several days to analyze samples and determine if water is indeed contaminated. This method poses serious public health risks: when contamination occurs, it may not be noticed for several days – meaning people may have already been exposed to dangerous bacteria.

“It is obviously a problem that the assessment process takes several days”, says CEO Gustav Erik Skands. “The second problem is that manual labor is required every time you have to test the water.”

Legally, water utility companies are required to take a certain amount of water samples depending on the quantity of water they control. However, these tests can typically only be required every six months or so. Although many companies choose to undertake additional quality control, there are still huge inefficiencies in detecting contamination due to the infrequency of testing.

From blood into water

His solution to these problems was inspired by a study project at DTU Nanotech, where he implemented a similar techology to measure irregularities in blood samples. Alongside his team, he enrolled the idea along in the 2013 Venture Cup Startup Competition, where it won the top prize. Since then, he has been working nonstop to bring this innovation to market with his company SBT Aqua.

SBT Aqua has developed a biosensor that automatically detects tainted water. This streamlines bacterial-detection by eliminating the tedious process of manually gathering water samples and analyzing them. The instant the sensor detects an increased amount of bacteria, it sends a message to water supply companies, who can then take action.

The sensors are installed at fixed points along water utilities to analyze current water flow. There is an electric field inside each sensor, which contains a small microfluid chip with built-in electrodes that can measure the electrical structure of each water particle, and immediately provide information about an increase in dangerous bacteria.

The chip is able to get a precise overview of how many bacteria are in the water, because bacterium have different electrical characteristics from inorganic particles.

Making water-born illnesses a problem of the past

Besides eliminating the laborious process of collecting and analyzing samples, the biosensor’s primary innovation is in it’s tremendous service to public health: no longer will there be a risk of contamination not being discovered until several days after an outbreak.

“With our system, we can fulfill a need for better controls on the market. The problems are fairly obvious”, says Gustav Erik Skands.

SBT Aqua is currently in the field-testing development stage and is working towards a launch within the next year.

Estonia’s UP Catalyst receives funding to produce oxygen on Mars