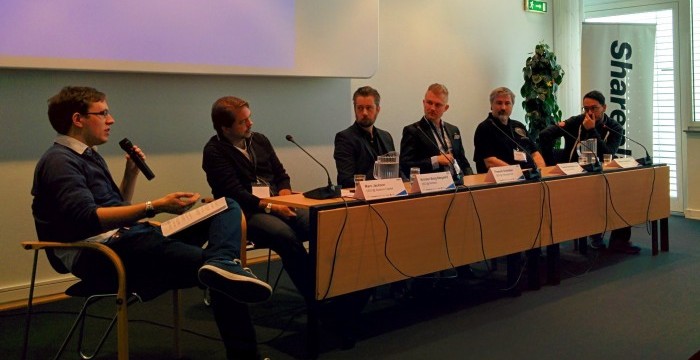 As the former in app advertising, user acquisition and economy designer for Blades of Brim, SYBO’s 2nd successful title after Subway Surfers, Mihai Gheza knows a thing or two about business in the mobile games industry.

Years ago, he witnessed Subway Surfers come to life from a pre-launch prototype to 1 Billion+ downloads today, while SYBO Games grew from 2 founders to an international studio with 50 people and 2 successful titles.

Today, Subway Surfers is the largest Danish mobile success, and has, in fact, recently surpassed the 1 Billion+ downloads mark (Sep 2015), while being the World’s 2nd most downloaded mobile game in 2014, 2nd to Candy Crush Saga alone.

Those are impressive numbers, but free to play games need a proven in-game economy/in app advertising and user acquisition model to turn a profit.

Mihai Gheza has been announces as the last keynote speaker at  Games Business 2015 conference on December 7th in Aalborg, Denmark.

Mihai Gheza is a game economy designer that specializes in monetization and publishing. He has a broad range of skills and has actively been involved in the launch of over 30 mobile titles. Additionally, he has worked on games for both indie developers and AAA studios, and at Games Business 2015 he will use this knowledge as a basis for looking into the future of business in the games industry.

“Free-to-play” is the hottest mobile business model today, but will it be the same in three years, five years, ten years?

With a senior background in online sales & marketing, Mihai is skilled in all aspects of publishing, go-to-market strategy and public relations, and during his speech at Games Business 2015, he will dive into why he believes f2p has won the prominent position it has in today’s games industry, and give predictions as to how the future will look like.

“‘Vertical/intensive progress’ as defined by Peter Thiel and the ‘1+ strategy’ by Joseph Kim have consistently delivered results”, says Mihai Gheza.

Meet Mihai Gheza and all the other fantastic speakers at Games Business 2015 on December 7th in Aalborg.

Due to popular demand, until Thursday December 3rd, there  is still a chance to reserve a ticket Games Business 2015, as we extend the sale for Denmark’s largest games industry conference.