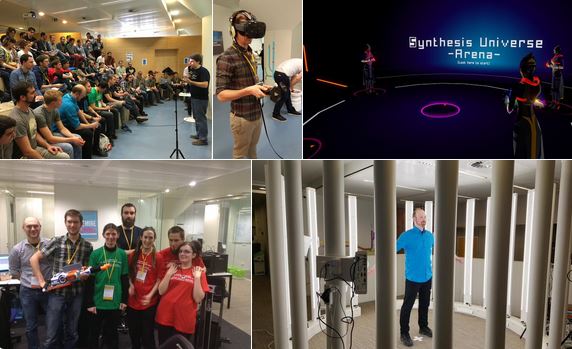 The VR Hackathon in Brussels kicked off last night, bringing with it the promise of a new world of VR in 2016 and a healthy dose of viking tech-savvy – 20% of the participants came from the surprising VR stronghold of Denmark.

Perhaps a sign of things to come,  a surprising number of pitches came from outside the VR stronghold of gaming.  These functional, non-entertainment-based applications aren’t aimed for consumers looking to have a good time – they want to get VR out of the virtual and into reality.

Here are 6 cool ideas we hope to see get off the ground at the hackathon.

1) VR instruments, such as a piano that helps you become the next Rachmaninoff.  Hand-tracking technology lets users visualize the notes they are playing, and even let’s you compose without an actual piano.

3) Architectural blueprints, so architects can better communicate their ideas – to their clients, or governments, and people who will use their buildings.  Instead of struggling to visualize a floor plan, walk through a VR simulation of a building, and give feedback directly to the architect as you go.

4) Early education, so children can visualize abstract concepts, such as coding. Even small children can have a concrete understanding of how to program, if it is visualized in a compelling way.

5) Memorization, for those who need to cram for exams. The memory palace technique takes advantage of the parts of your brain that remember associations to help you memorize large quantities of information. What if you create a palace in VR, instead of your head?

6) Bobsledding in the olympics, just for fun.  Bobsledding in VR is not your typical game – you have to give directions and synchronize with the rest of your team if you want to get through a race intact.  Freezing temperatures not necessary.