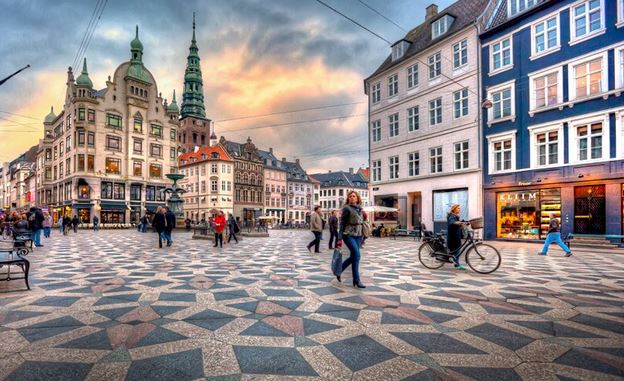 According to the 2016 Global Entrepreneurship Index, Denmark ranks as the highest country in Europe and is number four worldwide, after the United States, Canada, and Australia.

This means Denmark is in the top 5 performing countries globally, moving 2 places up from 2015.  But what is Denmark is doing better than other countries?

Education is the way forward

The GEI report suggests that the especially high level of education in Denmark is a big part of what makes Danes good entrepreneurs.  High levels of education across the general population form a strong basis for absorbing new technologies, starting businesses, and creating competition. Simultaneously, Denmark has worked hard to create a better overall framework for the development of new ideas and businesses.

The Danish government has prioritized developing a regulatory framework that encourages new businesses.  Critically, the government has streamlined the startup process to encompass only four procedures at minimal costs.

The GEI ranking measures entrepreneurial ecosystems by a number of pillars, “multiple interactive elements, which need to be in sync in order for innovative and high-growh firms to prosper.” These encompass aspects such as hiring the right people (Human Capital, Abilities), the tech-savviness of the population (Technology Absorption), creativity (Product Innovation), and the business environment (Competition, Risk Capital).  Across these pillars, Denmark has almost a perfect score.

But there is one significant bottleneck that plaguing Denmark: Internationalization.

The low score reflects another startup ecosystem benchmarking survey: the Global Compass Ecosystem Survey, where Denmark did not even rank in the top 20.

What holds Denmark back?

The Compass Ecosystem Survey specifically measures startups, and it is here that some of Denmark’s bigger disadvantages come to light.  Funding and VC investment for startups is largely relegated to the small-scale early stages,  despite recent success stories like Vivino.  And Startup Skills, which Denmark also scored lower on in the GEI report, are lacking.

Studies show that having veteran startup founders and mentors is highly correlated with startup success, and many Danish startups are new to the game.  Even serial entrepreneurs have mostly had success in the smaller Nordic markets.  It is rare to find founders who have reached high-level success, scaled internationally, and returned to start up again in the Danish ecosystem.

And that leads to the most significant barrier: Internationalization, and by extension, market reach.

At face value, this evaluation doesn’t make sense.  Denmark is a small country, so most companies are thinking globally from early on.  Many startups look abroad to get large investments.  Not to mention that Danes are the best non-native English speakers in the world.  So what’s the problem?

The problem, the researchers say, is cultural.

The average Dane is risk averse.

Danes are risk-averse, and are often traditional when spotting new business opportunities.  This carries over to all aspects of entrepreneurship – from taking the plunge to starting a business, to investors deciding what to do with their money (hint: it’s not investing in startups).  And this hesitancy affects Denmark’s ability to make high-growth, global businesses.

But this is not an insurmountable problem. Risk aversion is best tackled by reaching out to the next generation of entrepreneurs.  Therefore, it is important that concepts such as innovation and entrepreneurship find their way into schools, so that young people become aware of the possibilities – and perhaps gain more courage to take the plunge. And Denmark must also encourage the next generation of bankers and investors to dare to invest in small, early-stage startups.

A commitment to innovation does happen overnight, and Denmark should stay positive.

As much as 96 percent of Danes have a positive attitude towards entrepreneurship, while the European average is extremely low at 72 percent. In Denmark, the figure is rose from 90 percent in 2014 to 96 percent in 2015.

Professor Kim Klyver’s contention is also supported by the Amway Entrepreneurial Spirit Index (AESI), which indicates that fear of bankruptcy holds the Danes back.  The social pressure against failure can be stifling.

“It is interesting to see that Danish positivity towards entrepreneurship is so much higher than the rest of Europe and that there is a huge untapped entrepreneurial potential at home. Particularly in light of the fact that start-ups can help drive further growth in the Danish economy and increasing exports,” he says.

“But the study also shows that one may not have been aware enough of how much of an obstacle an entrepreneur’s own family and networks can be for the entrepreneur to realize their start-up dreams. There we have a cultural challenge. ” 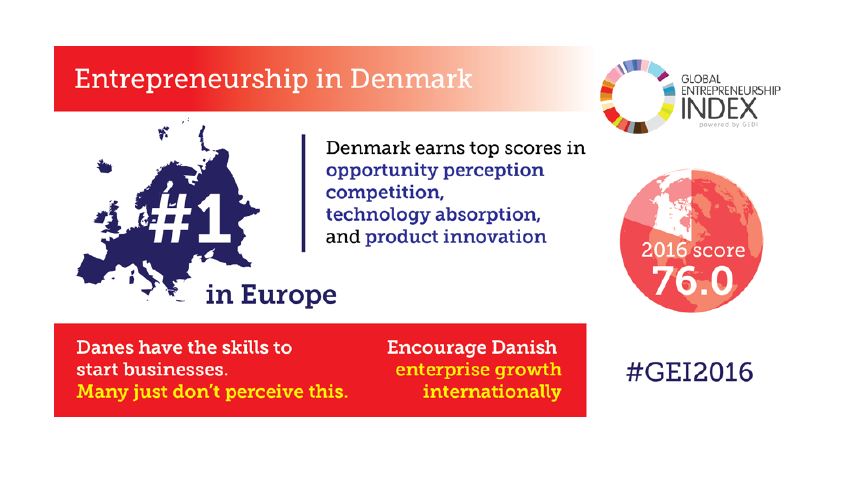 Read the rest of the GEI report here.

Bitcoin was the best-performing currency of 2015