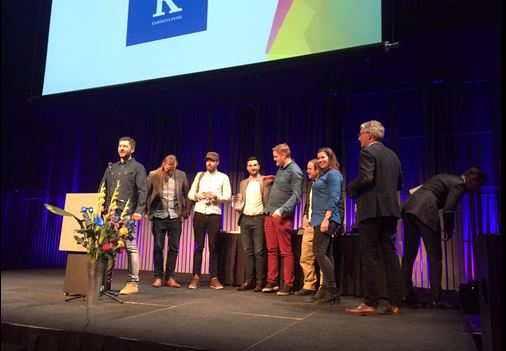 The Nordic Startup Awards grand finale took place in the Harpa Center in Reykjavik, Iceland, and hosted collaboration with Icelandic Startups.  Attendees from all over the Nordics gathered to celebrate the best startups, accelerators, and investors of the year.

Kim Balle, founder of the Nordic Startup Awards, spoke about why the awards are so important for the startup ecosystem.

“We should not underestimate what recognition means for people.  You can feel lonely in the startup world and hit a wall, and it really matters a lot when people you respect give you a clap on the shoulder.”

“You are all role models for other entrepreneurs, giving them the push that takes them out of the dark period we all experience.”

The Startup Awards have grown since their inception, and have gone global to both Central Europe and India.  And as the movement grows, the possibilities for collaboration will bring new momentum to the Nordic startup ecosystem.

The evening was full of good vibes and cheer – and a bit of cheek.  Best Business Angel Moaffak Ahmed, even sent his acceptance speech from “Startup Week Pyongyang”  – in reality, he was at Finland’s Arctic 15.

Mik Strøyberg of Lemonsqueeze opened the second half of the ceremony with talk about coping with transitions – and recognizing the beauty in risk.  He compared startup transitions to halfpipes.

“Baby pipes” represented the transitions that all startups learn to handle, while “boss pipes” mean “a lot of momentum, a lot of risk, and a high reach, and a lot of care – but the potential is unlimited.”

But then he talked about the most challenging transition: the “WTF pipe”.

“The WTF pipe is companies going into new markets, who want to keep the momentum up,” explained Mik.  This is no mean feat, and in order to succeed startups must “have sex with socks on”.

By this he means making startups must dot their i’s and cross their t’s – and making sure you are not slacking on the dull, tedious work of making the jump to new markets like regulations and taxes.

He ended with the “what-if” pipe – the nudge all entrepreneurs need to take the leap and go global. 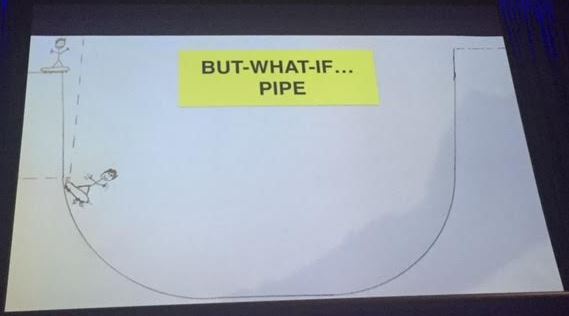 The most anticipated award, the Startup of the Year, was presented by Ragnheiður Elín Árnadóttir, the Minister of Industry and Commerce in Iceland, who also opened the ceremony with good humor by throwing her hat into the entrepreneurship ring with a pitch of her own – a contact case that holds hair gel for travelers looking to have a smooth trip through airport security.

“I took the first step into the startup world, and you all witnessed it! When I become the female ‘post-it’ inventor, you can all say, ‘I was there'”, she laughed.  “So entrepreneurship is not for everyone!”

The much-anticipated award for Startup of the Year went to Denmark’s Realm.

“This is even more amazing become realm is a small piece of technology that is not very visible.  But developers know us and that’s what matters.  Probably most of you use us without knowing it.  Last week we released version 1.0 and we are probably on a billion phones today. It’s really rewarding to be writing code and know you’re affecting a billion people.”

The winners of the Nordic Startup Awards 2016 are:

Founder of the Year: Are Traasdahl, Tapad

Startup of the Year: Realm