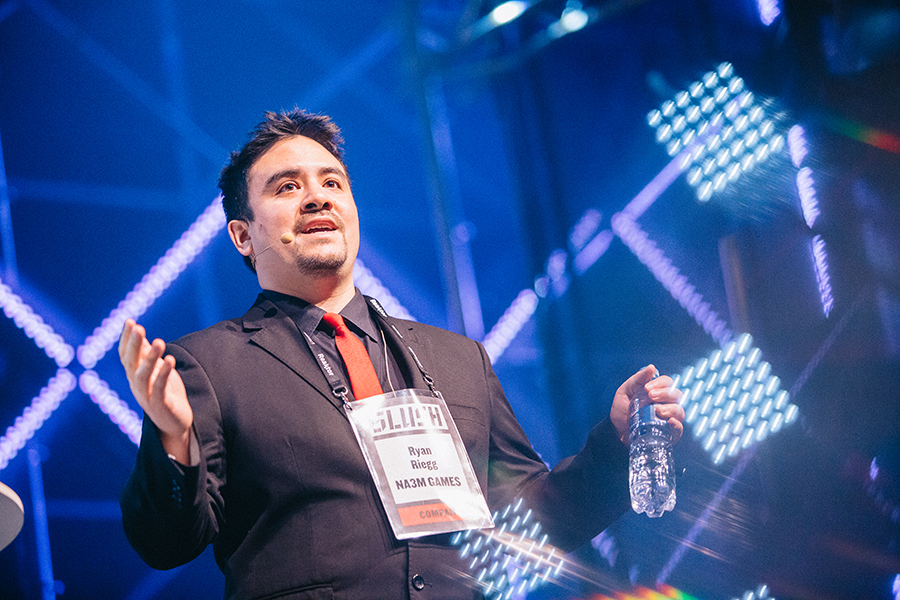 NA3M was founded in 2013 and has already released 7 games, and to top it off, it was featured on the front page of The Wall Street Journal, interviewed by Becky Anderson on CNN, and featured in large segments of Al Jazeera, Polygon, and Mashable. In 2014, the company won the Demo Showcase competition at Slush. Slush News interviewed Ryan Riegg, General Manager and COO of NA3M, to catch up with the company.

NA3M Games aims to fill a void for under-served audiences in gaming and media. What has been your biggest challenge and achievement throughout your journey?

Learning how to take things slow.  When I was running operations on our gaming side, one of my colleagues on the Board brought to my attention that I often try to run before I can walk. Which was probably true.  But understanding that balance between urgency and patience is always a hard one to navigate.

The biggest achievement has probably been watching the growth of the people on our team.  Both as people and in terms of work skills. I’ve seen people evolve in terms of their skill sets, but also in terms of their understanding of the world and confidence in themselves.

We currently have two:

First, NitroPunch, which is doing very well in MENA (Middle East North Africa) and currently benchmarked by GameAnalytics in the top 5% to 25% of the worldwide game industry in terms of both User Retention and Session Length.

Second, Saudi Girls Revolution, which is our flagship game and comic book.  The game is episodic and an extension of the story found in the comic, sort of like the “Walking Dead.” The 2-line concept is that it is Arab women, racing on motorcycles, on their quest to kill an evil monarch in post-apocalyptic Saudi Arabia. It’s basically Game of Thrones, but in Arabia with mutants, killer cyborgs, and slightly less rape.

What have been your key learnings over the past years?

Ideas are easy. You can have the best ideas in the world, be the best strategist/analyst, but it all doesn’t matter if you can’t implement. Implementation is the difficult part because, more often than not, implementation and operations comes slam up against human emotion and cognitive biases.  Including your own, if you’re not careful.

In other words, people skills matter. As does understanding that we’re all susceptible to biases, and that what may seem objective to us may not always seem objective to others. A lot of CEOs talk about leading with confidence and self-assurance. But self-questioning is equally as important, even if you do it in private.

NA3M won the Demo Showcase competition last year at Slush. What do you think were the main reasons for your success?

I think we tried to speak about a topic that everyone could relate to, rather than just pitch. Our company makes video games inspired by the MENA region, but that wasn’t the topic of my talk. Rather, my topic was on “Why Nordic-MENA Economic Relations Suck, and How to Fix Them.” I think the audience liked our talk the most because we were, in some ways, dealing with a moral issue, as well as an issue of government inertia, which everyone understands.

Ultimately, there’s a whole bunch of money coming out of MENA looking for safe harbor investments, but not a lot of that money was going into the Nordics last year. That seemed like a shame to me, both for people in MENA as well as for people in the Nordics. Consequently, I tried to ask what could be done to improve relations in terms of concrete actions. The crowd at Slush is smart, so I think they appreciated both the meta-concept of the talk, as well as the fact that I was recommending specific actions, instead of just speaking in vagaries and press-worthy sound-bites.

Instead of the Demo Showcase competition as in 2014, Slush will organize the Nordic Showcase this year. As the winner of last year, what is your advice for startups that will participate in the competition this year? What key factors are behind a successful pitch?

Don’t think about the minutiae of what you’re talking about. Go with the big picture. And don’t create PowerPoints designed for a bunch of suits with zero background in tech. You are sitting in front of a room filled with thousands of some of the smartest people you will ever meet in your life.  Talk to them like it.

Slush is the biggest startup and investor event in Northern Europe, organized on November 11-12th in Helsinki, Finland. Read more about the event at slush.org.