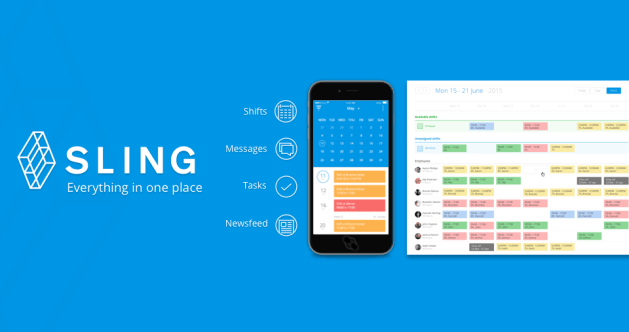 Sling, developed by Icelandic app studio Gangverk, is a communication and shift scheduling application for the non-desk working industries.

This article was originally posted on Nordurskautid, Iceland’s premier outlet for news and discussion about the Icelandic Startup and Tech scene

Sling is a free app is available on the web, iOS and Android, and was released in June following a Beta release last February.

“Many of the retailers and restaurants we work with are facing challenges in communicating with employees. For managers, the challenge is often centered around scheduling and overall communications. People today, especially the younger generations, want to be connected with and kept in the loop. Ultimately, better internal communication builds a solid, inclusive company culture,” says Helgi Hermannsson, CEO of Gangverk.

During the design of the product itself, the team tried to gather as much feedback from potential users as possible in order to ensure a tight product-market fit. “From day one of developing Sling, before writing the first line of code, we’ve been in touch with potential users and customers, trying to gather as much feedback and input as possible,” Helgi adds.

From Iceland to the Big Apple

A year ago, Sling opened an office in New York to test the waters on the US market: “The idea we had in opening an office in New York was to investigate if there was a real market for Sling, find American beta test customers for feedback, create go-to market partnerships, and start a dialogue with possible future investors” says Helgi.

Adopted by companies like Panera Bread, Intersport, Guesthouse Inn & Suites and Gló, Sling provides managers and staff with scheduling software, messaging, task management and a newsfeed to communicate, conveniently placed in a mobile app. In addition, the company recently unveiled the possibility to integrate with Dinerware, a POS system designed for restaurants and retailers, as well as a partnership with US Foods, the leading distributor in the US restaurant industry.

Sling has received $500,000 in pre-seed funding from Icelandic NSA Ventures and New York based Boldstart Ventures (who has also invested in QuizUp), as well as an approximately $100,000 (12.5 million ISK) grant from the Icelandic Technology Development fund.