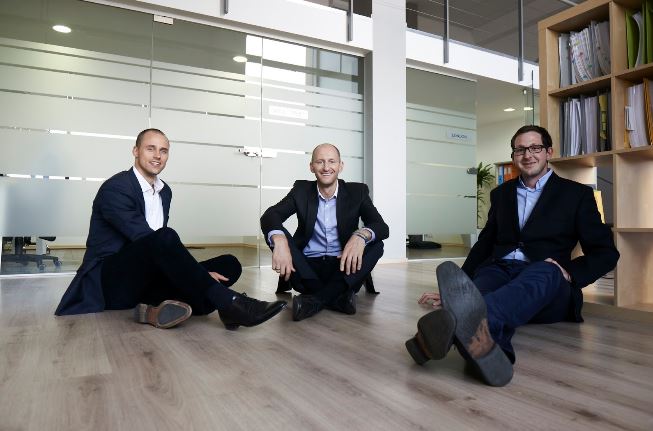 International vibe at Startup Passion the ‘key to its success’

Creamfinance, a smart data powered lender has recently expanded its operations to Denmark, their sixth market entry in a span of 4 years since inception. The company headquartered in Poland has also seen steady healthy spikes in their ‘Principle Lent’ over these years.

In 2015, this metric was Euro 60 millions with a CAGR of over 90% and this is raising some serious eyeballs in the European Fintech community.

A lot has been said and studied about uses of technologies such as Big data, Social-media based credit models, Blockchain technologies etc in Banking industry. Creamfinance pioneers in what is called as Smart data. Smart data as name suggests is not just plenty of data, but is actionable & context driven data. To quote Patrick Koeck (COO, Creamfinance):

“Big data is a good thing to have, but it is a blunt tool, lacking precision. Smart data cuts to the heart of the issue faster, allowing executives to peel back the layers of extraneous or distracting information and look directly at the important issues”.

Similarly quite a bit of hype in the Fintech is built around Social-media based credit models and how they’ll “revolutionize” the lending space. Matiss Ansviesulis (Co-founder & CEO) of Creamfinance is skeptical and with good reason. He says,

“Such social media based models are built over a lot of noise, they are more expensive and less predictable. Having a lot of data is not enough, data needs to be analyzed and assessed for its regularity and uniformity.”

Matiss lists that the focus on smart data and their in-house risk unit called “Credit Labs” as their key competitive differentiator. The benefits of smart data are reflected in better risk models and service speeds. Structured, standardized digital information enables non-bank lenders such as Creamfinance to be faster, automated and more accurate.

This also enables them to serve a evidently large market that has been underserved by traditional banks. Creamfinance’s borrower is typically an educated individual with a full-time job who has a short term need for small capital. Such “typical” cases are usually serviced within 10-15 minutes by Creamfinance and Matiss mentions they are working towards cutting this time considerably more.

In addition to entering Denmark, they are poised to enter Mexico in a couple of months. The company is very keen on establishing itself as a global player. When asked about challenges they might face in unfamiliar markets, Matiss replies:

“Central European Economies are definitely different compared to Nordics be it culture, mentality, business ethics and habits. Keeping that in mind we adapt to the local market and its culture, and want to be accessible globally. A lot of people think we compete with banks, which is not quite the true – we are providing smaller and more convenient loans for the consumer and such model allowed us to expand very quickly across very different geographies. Access to money is a necessity everywhere despite the location and culture; that is something we are striving to do by expanding internationally.

International vibe at Startup Passion the ‘key to its success’

New application deadline! Want a chance to win 10,000 EUR for your startup?