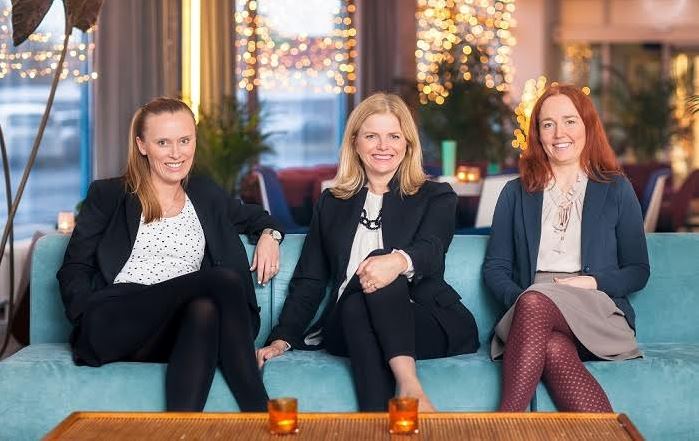 Last week, Helga Valfells, CEO of NSA Ventures in Iceland, along with two of the funds’ investment managers, Jenny Ruth Hrafnsdottir and Hekla Arnadottir, announced that they have left NSA Ventures to start their own VC fund, Crowberry Capital. According to the team at Crowberry Capital, NSA has been reviewing its’ investment strategy since 2012 and will now become a Fund-of-Funds.

At the same time they see a great need and demand for early stage investment in Iceland, so they decided to cease the opportunity and see if they could raise a fund within the local LP community. They aim at raising ISK 5 billion, or around USD 45 million and will focus on early stage startups.

“We truly believe there is a lot of growth potential in early stage investment in the Nordics,” says Jenny Ruth Hrafnsdottir when asked to elaborate on their decision to leave NSA Ventures to start their own fund, adding that their core competence is growing export driven technology companies out of Iceland.

“We aim to be the local partner of choice for those who want to invest in Icelandic technology. Our primary goal is to get a good ROI and build great companies. Our core focus will undoubtedly look towards Iceland and industries where Iceland possesses deep knowledge.”

As examples of Icelandic domain expertise, Hrafnsdottir mentioned food-tech, where they look towards the blue economy, and gaming, where they focus on finding teams which have grown out of the established gaming grassroots in Iceland. She added that they as a team go deep in Med Device, Ed Tech and Enterprise software while also looking towards Artificial Intelligence, which is exploding and entering fields like Fin-Tech, Ed-Tech and Digital Health.

“Our approach will be a mixture of heart and head. We know that we possess unconscious knowledge from years of experience with startups, however we use a systematic approach to evaluate our investment decisions,” Hrafnsdottir said.

When asked where the team saw the most interesting opportunities, Hrafnsdottir said that they are looking towards industries like personal data protection and mentioned how Iceland first went through this dialogue around the founding of DeCode back in the late 90s and the transformation the Western world is currently going through because of increased demand for data protection.

“We look at sound management of personal data as a corporate social responsibility matter as well a competitive edge,” Hrafnsdottir added,

In terms of the most common mistakes they’ve seen entrepreneurs make when pitching their businesses to investors, Hrafnsdottir mentioned unclear value propositions, not knowing the audience, and underestimating or not knowing the competition. When it comes to the successful pitches, Hrafnsdottir said that in their mind it all starts and ends with the team. She adds:

“First and foremost, we invest in teams with dedication, broad experience, different viewpoints, and a clear execution pathway. The product has to have a clear market fit, a sizable or fast growing market, and a clear defense strategy. We love to meet teams that plan to solve a problem in a market they know well and we look for founders who have high levels of energy and an ability to listen to the market and learn.”

Crowberry Capital will be the first all-female run VC fund in Iceland and possibly in the Nordics. When asked if the gender ratio in the management team was a coincidence, Hrafnsdottir said that it was unintentional, but after having worked together for years they have become an established team who share values but differ in strengths and weaknesses and have complimentary skills. In terms of female founders’ access to venture capital and their drive to seek funding, Hrafnsdottir said that they’ve seen a change for the better in this respect with more female founders and increased diversity in founding teams.