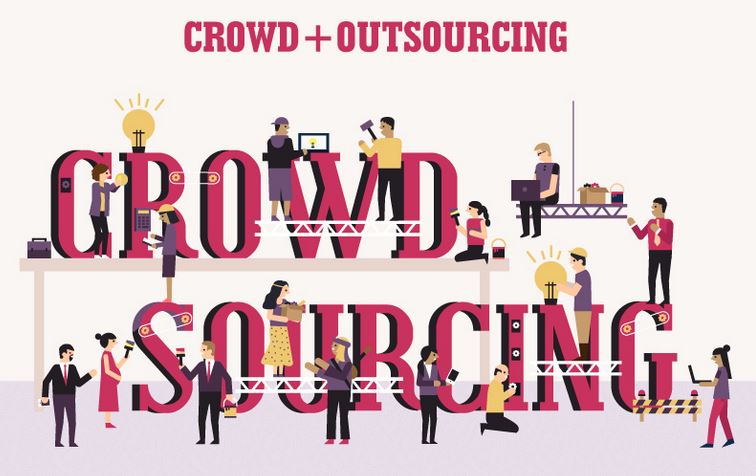 There was a time when if you wanted something done affordably and efficiently you would outsource it to somebody else. Outsourcing is of course still common place in many areas of business. But crowdsourcing is quickly rising in popularity, and can replace virtually anything traditionally outsourced.

Crowdsourcing is most popularly used in a few categories:

Crowd Voting. Using the crowd to vote on which idea to go with or how to proceed with a project, including anything from the name of a product to which article appears on the front page of a website. (Crowd voting is integral on community driven sites like Reddit).

Crowd Competition. Just like the Aussie flag and Opera House, a crowd competition is used to find the best of the best, whether that be a product design or a trailer for a movie.

Crowd Collaboration. Using the collective intelligence of the crowd to outsource skills, ideas and problem solving. Startups commonly use crowdsourcing to fill the roles needed to develop the business or even brainstorm the initial idea.

Crowdfunding. Using the reach of the internet to generate funding for a project or cause, by accepting donations from individuals through platforms like Kickstarter and Indiegogo. This is common for startups that have a seemingly popular and innovative idea but can’t secure funding in the traditional way. It is often future customers that pledge their money.

Data suggests it is women leading the charge in crowdsourcing, at least in terms of those doing crowdsourcing jobs. Over 60% of such workers are female.

What’s not a surprise is the tech savy millennial generation are the majority overall demographic. There are 70% of crowd workers falling in to the age group. Most crowd workers tend to already be employed and are using the opportunity to make extra cash as a side activity. Those that do it full time are likely already full time freelancers, using crowdsourcing platforms as another avenue to find work.

The big take away however is that it works. 92% of web based crowdsourced projects have been successful!

E-reviews has put together an infographic about how crowdsourcing is taking over.  Check it out below.