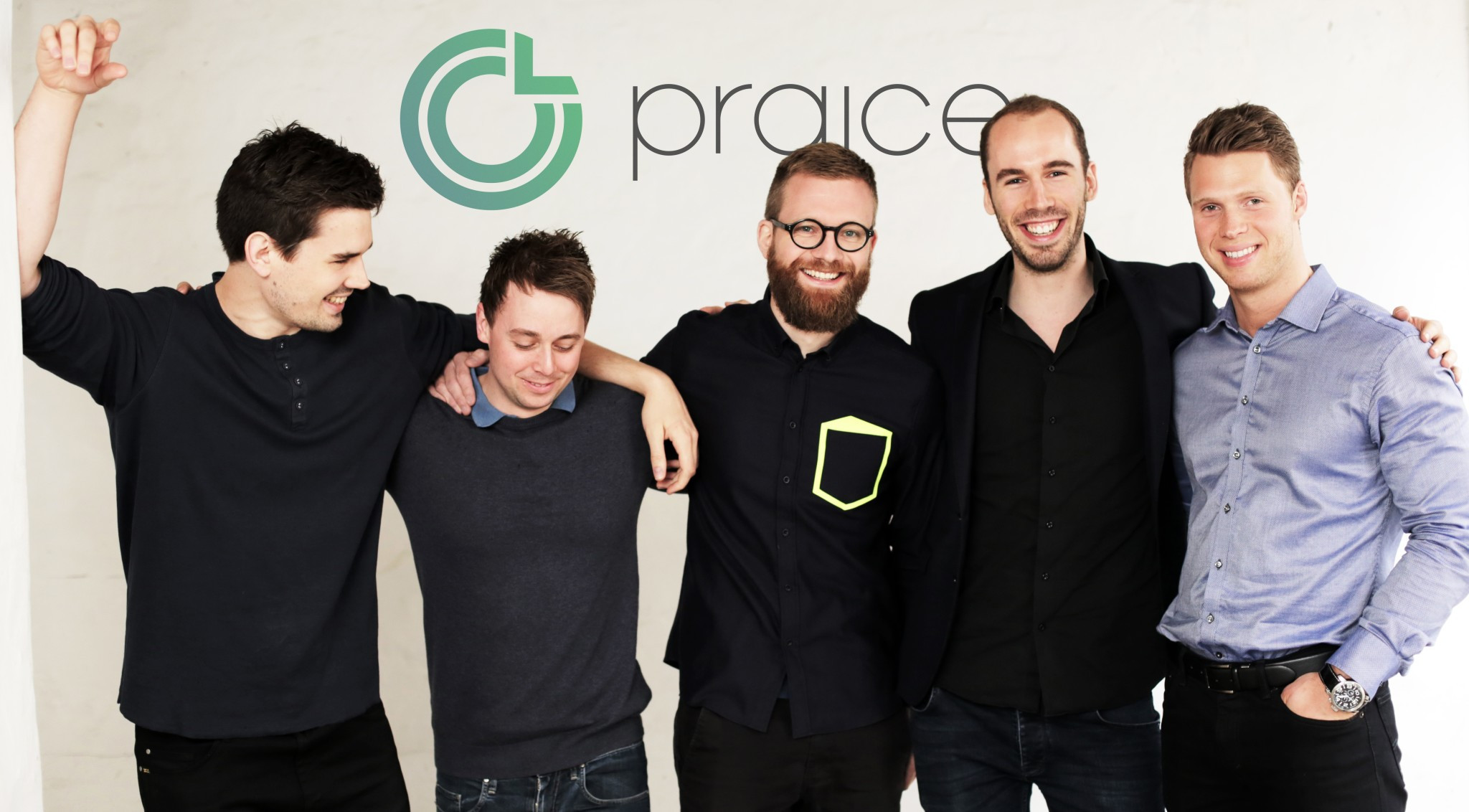 The platform Praice caters to companies and job seekers. In addition to a normal CV and letter of motivation, job-seekers can have a social profile based on their network.

The Danish-developed platform has landed four private investors, who will make recruitment easier for employers by ‘crowdsourcing’ a job seeker’s personality profile via social media, so companies can see an applicant’s friends’ attitudes towards them prior to an interview.

The starting point for Priace was the consultancy Bit Blueprint, which earlier this year merged with the digital agency Social Square. Andreas D. Christiansen thought of the concept, and developed and launched Praice in collaboration with Bit Blueprint.

“The biggest challenge we see with social platforms today, is that they are based on who we think we are, instead of how others perceive us,” explains CEO and co-founder, Andreas D. Christiansen, about the need the tool that he has been building since March 2014.

“With Praice we have created a credible way to communicate your personality.”

Send your CV, your application, and your x factor

What if there was an easy way to find out whether people actually are the person they say they are? Praice, though still in it’s beta version, aims to find answer this question. In practice, Praice forms an anonymous barometer of your personality based on your network. It aims to provide a more authentic picture of who you are. Praice is thus an open, verifiable, 360 ​​degree evaluation of one’s personality.

“With Praice, we want to create a platform where you can get an honest answer to what people’s personalities are.”

The experienced investor and entrepreneurial team behind Praice initially focuses on recruitment agencies and major HR departments, where personalities are rarely seen before an initial meeting. Praice gives companies an opportunity to see more than a candidate’s CV and motivation letter. It can also be an effective tool for young people on the labor market, who lack skills and experience.

Although the founder of Praice worked for several years worked with big data and analytics at IBM, he does not feel it is the most crucial factor in Praice’s success.

“Praice is a tool that we ourselves wish we could have had when we were recruiting our colleagues here. In the end, a person can be very qualified for a job, but if their personality does not fit into the team and corporate culture, it can be a big challenge, “says Andreas D. Christiansen.

For some, this view that candidates should be assessed by their friend’s attitudes is quite provocative.

“It is clear that not everyone is interested in increased transparency in this regard,  but the general trend we see is not against more privacy, but towards transparency,” explains Andreas.

Today, Praice sits in the center of Copenhagen, on a street with Bit Blueprints fusion partner Socialsquare and the hardware startup Airtame, who are responsible for one of the largest Danish crowdfunding campaigns ever with their wireless HDMI cable.

“We feel that it provides both energy and motivation to have industries together. It does not create internal competition, but rather helps keep pressure on one another, and the success in one creates motivation n the others,”explains Christian Hoeg.

The concept is predicted to have great potential for the new private investors, Vice President & General Manager Preben Carøe from AMTEK, founder of Endomondo, Christian Birk, and CEO of Multi Finance, William Brüel, because large companies often use personality tests in the recruitment process up for 10-20,000 kroner each, and this can be avoided by candidates having a Praice profile.

“There are many situations where you would like to know a person better before you meet. A LinkedIn profile with a lot of endorsements and friendly opinions of colleagues and friends is not enough, since they do not provide an independent and full impression of someone’s personality “, says investor Preben Carøe.

The goal is to become the standard in recruitment

Praice was founded in 2014 and can now develop further with the support of a number of private investors.

“I spoke to Andreas Christensen several years ago when he wrote a study assignment in which I gave some input. When Praice started at the end of 2014, I shared some experiences from Endomondo, and one thing led to another, and we have kept in touch over time, “says Christian Birch, former co-founder of Endomondo and investor Praice.

“This is really a problem to solve. I know it even from Endomondo. When were hiring our very first student work, we advertised the position through our network.  I was hoping for 10 applicants, but we got over 400. I had not set aside the time of to go through all the requests, “explains Christian Birk about his interest in the Danish platform.

Praice’s mission is to cooperate with progressive organizations working more analytically in their recruitment practices – and who want to evaluate candidates on more than a CV and motivation letter. Based on analyses of classical personality tests like Myers Briggs, DISC, and the Big Five, is Praice an outwardly simple, but thorough tool that continuously has received input and advice from professional psychologists, HR directors, and researchers.

“It is a big challenge for companies that have many applications, and it is hard to make a segment all the applicants. This is a technology solution that can help to solve this challenge, “says Christian Birk.

“Until now, we have met great interest from many of the country’s largest companies – plus 5,000 employees – and we will soon see the results they get using Praice: a key impetus for Praice’s further success,” concludes Andreas D. Christiansen.

No city is better than Copenhagen at attracting talent