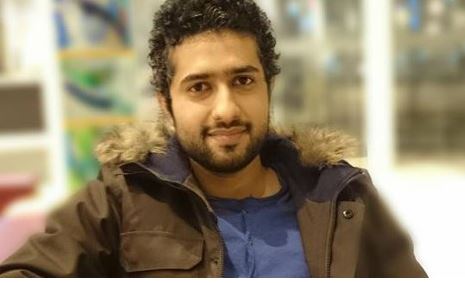 Startups and small businesses in Sweden and The Nordics have experienced an incredible couple of years in terms of investment and growth and these companies are contributing to the future economic and overall success of the Nordic countries more than ever.

However, this has not happened overnight, a lot of people have put in a LOT of hard work to get Sweden and the Nordics in this position.

Tayyab is one of these people, I’ll let his boss Matias Plank, Founder and CEO of Dynamo explain:

“This week we received a letter from the Swedish Migration Board. They have decided to deport Tayyab, one of our superstar developers, along with his wife. Tayyab now has four weeks to leave the country. He’s even at risk of not being able to enter the Schengen area – ever again. WTF!

Tayyab has spent more than three years in Sweden. He has taken his Masters Degree in Computer Science and worked his way up as a software developer. Today, despite his young age, he’s one of our most valued talents. He lives in central Stockholm together with his wife, pays his taxes and contributes to the friendly, inclusive international culture we all enjoy at the office.

So, what has Tayyab done to deserve this harsh, abrupt decision? Did he commit a crime? Lie about his background? Involve himself in murky activities? No, in fact he didn’t do anything at all: His former employer may have made a small, formal error. In short, Tayyab’s pension benefits may have been two percentage points below the industry average (but not below those of his colleagues and bosses at the time). This has since been corrected in arrears by his former employer.

So, a microscopic detail for you and me. For the Swedish Migration Agency, apparently grounds for deporting Tayyab.

DYNAMO employs only the best mobile software developers. Since there isn’t enough homegrown talent, we need to look for people all over the world. Among the 56 developers at our HQ in central Stockholm you’ll find people from 25 different countries. We need Tayyab, and we also need more skilled top talents like Tayyab in our country.

In short, Tayyab is an asset. He’s an asset to us, and he’s an asset to this country. So how can the Swedish Migration Board treat him like he’s a liability, a burden that needs to be kicked out immediately?

Over the past 20 years I have started six companies and employed more than 250 people. I’ve paid company taxes, salary taxes and value added taxes – always with a smile on my face. Yesterday that changed.

I understand that there are and must be laws and regulations. But this insane reaction to a minor formal error that wasn’t even committed by Tayyab himself must be a ridiculously harsh interpretation of those laws. If not, then our problems as a country are bigger than I’d imagined.

You are not only taking away our very best talents from us – you are also taking away the drive and the capability to run companies, pay taxes, employ people and increase the tax base. Not to mention what you’re doing to a young man and his wife just trying to make a living”

If Governments want Sweden and the Nordics to be a place where businesses can be built, prosper and grow, then people like Tayyab are a vital part of that future.

But more importantly, Tayyab and his family are are about to have their lives tipped upside down over a clerical error.

I hope you take the time to sign and share this petition and make your voice heard in order to allow Tayyab to keep his job, life and home in Sweden.

Sweden, you were challenged earlier this year to become more business friendly by some of your biggest companies. I understand that’s a long process, but you could take a step in the right direction by applying some common sense to this situation.

This post was originally written by Neil Murray of the Nordic Web.

“Immigration is basically importing of brains”