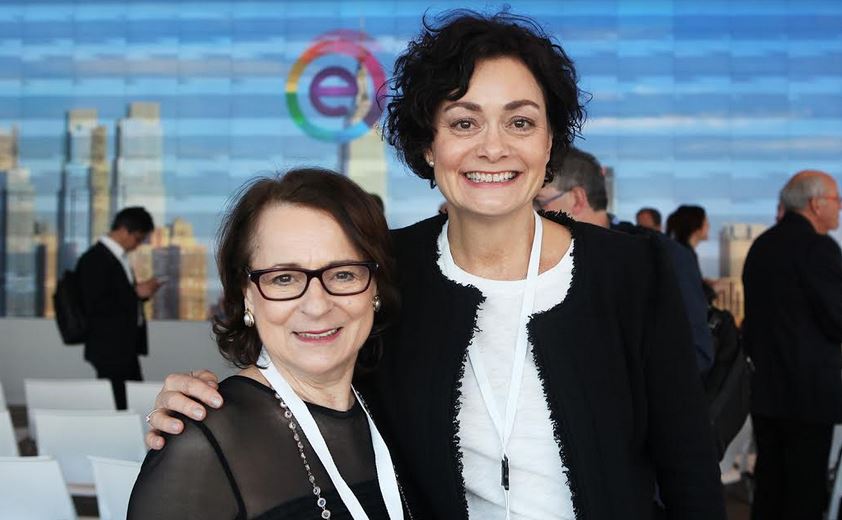 When visiting Oslo Innovation Week last October, long-time business development investor Jeanne Sullivan was intrigued by the commercial potential she found in the various presenters, taking note of one company in particular.

Bubbly, founded by Marianne Hindsgaul from Oslo, is a startup introducing an IoT kiosk to the market that utilizes data that is collected from customers in a retail store.  The company has developed a new idea enticing customers to communicate with retailers right on the sport before leaving the store–generally  known as an impossible task.

One of Bubbly’s special features is getting feedback from visitors who did not make a purchase, a game changer for businesses.

“I instantly knew this company and team was worthy of financing and scaleable “ Sullivan said, trying to encourage Hindsgaul to move to New York.Which Hindsgaul did. After six months of traveling back and forth between Oslo and New York she finally made the Big Apple her permanent base, with her husband and co-founder Kim and son, Benjamin in tow. Bubbly Group has now moved into new offices in Madison Avenue for the new accelerator The Propeller Program. The program is initiated by Norwegian entrepreneur Are Traasdahl and TAPAD, who was awarded entrepreneur of the year at the Nordic Awards this year.

Sullivan has been the lead mentor for Bubbly Group in New York, giving advice on all aspects related to establishing a company in the U.S., including how to raise capital. With her 30 years of experience as a business developer and investor in technology and SaaS startups, she knows what investors are looking for.

According to Sullivan, the number one issue for high growth women entrepreneurs is access to capital. Therefore, she is giving advice related to capital needs, how to distribute and scale, as well as introductions to resources such as team members, customers and open the door to potential investors

“Thankfully, there are many men and women who realize there is an untapped resource of dynamic women entrepreneurs and we are supporting and advising these women and making a difference,” she says.

Her impression is that Norwegian female entrepreneurs like Hindsgaul are well represented in the growing entrepreneurial ecosystem in Norway. Having visited Oslo several times, she has been able to compare and contrast the journey of New York City to Norway’s path towards becoming a tech center.

“Norway is following New York’s lead as New York City became a tech center with its focus on entrepreneurship and many accelerators and incubators, programs and seed funding for entrepreneurs,” Sullivan says.

The challenge is, how can Norwegian startups enter into the U.S market successfully?

Expanding to the U.S. market

Sullivan believes that Bubbly has what it takes to make it in the U.S. and says the company already has successful customer relations in Europe with a strong and experienced leadership and team. This is a distinct advantage when looking for investors, she says.

Aside from the new office in New York, Bubbly Group has offices in Norway and Denmark and has with major customers such as Thon Hotels, McKinsey and Carlings, and the company is adding brand name customers.

“We have always thought of doing something bigger, by expanding internationally,” Hindsgaul says, ”It was really just about putting the base pieces in place on a solid foundation of product, customers, team and financing.”

She is thrilled to have Jeanne Sullivan as a part of the board of directors in Bubbly Group.

Sullivan confirms that she is headed back for Oslo Innovation Week this October.

“I am delighted to be invited back to the 2016 Innovation Week festivities in October,” she says.”I love the Norwegian people and am delighted enjoy their culture and their entrepreneurial spirit.”