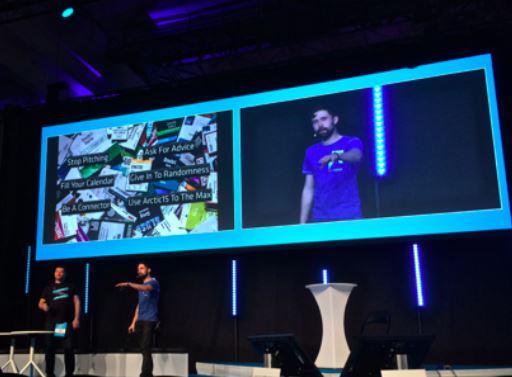 Helsinki in the beginning of June was quite literally the hot-bed of start-up and investment activity in the Nordics. The beautiful 25°C weather complemented the hot new innovative solutions on display. Several events created the perfect melting-pot with which to showcase Finnish and Nordic talent to a wider audience of international visitors.

Several key events took place during the week including the one day Upgraded Life Festival followed by the Nordic Health Investment Day  and then by the two day Arctic 15 conference. The themes  of the week flowed from health and wellbeing, to food technology, cloud services, virtual reality, and fintech.

This was the largest event of the week, visited by around 2000 attendees who managed to pack in over 3000 pre-arranged twenty minute meetings. The focus and message from Dmitri Sarle and the organizing team was on delivering real business value through facilitated matchmaking and  a variety of supporting activities ranging from workshops, demo booths and the deal room.

Start-ups got their opportunity to promote themselves through investor matchmaking sessions, the pitching competition and speaking with the visiting international media. Over 200 investors attended the event and mingled with with over 400 start-up representatives.

Larger corporations were present and will no doubt have learned a lot from the agile and innovative smaller businesses. It was not hard to find inspiration and energy in the intense and passionate start-up atmosphere.

This year’s winner of the start-up pitch competition was last years third place, Entocube with a novel sustainable food solution based on farming crickets and other insects.  Their prize of €50 000 in investment is managed by FIBAN.

“Last year we had a dream, this year we have a biz.” they tweeted.

EntoCube offers a solution for a high quality protein, offering the technology to farm insects for insect producers and the insect protein ingredient for food industry. They have the ability to produce controlled atmosphere shipping containers of various sizes that can be manually operated to farm food-grade insects. The system is robust and flexible in terms of layout and the internal climate so that it can be modified to fit different insect species.

Crickets provide good source of nutrition, they are high in protein containing essential amino acids and other micronutrients. As dry powdered form, Entocube claim crickets are ‘the ingredient of the future’ and can be used as multi-use protein ingredient in various recipes added to bread, chips, meatballs – the imagination is the limit.

Ultrahack chose the event to officially launch their 2016 event. This hackathon tournament invites student teams, startups and corporations to solve up­-to-­date challenges with partner organizations, across many themes and leveraging various cutting edge technology. After good results from Ultrahack 2015 achieved with 70 partners and 1300 participants, this year reflects a huge step up in the ante with over €1million euros in investments and prizes on offer. By far the biggest in the region.

The aim of Ultrahack is to create new social and economical innovations and act as a springboard for future talents. This year Ultrahack has visited Reykjavik and will visit Oslo, Copenhagen and Prague in addition to events held in Finland, leading up to the final in November.

The winners are able to gain access to accelerators and meetings with international investors. New startups will be born. The first challenges published are: Fintech challenge by OP Group, national service architecture challenge by VRK (Finnish Population Register Center) and S Group services challenge. These challenges will be solved for example with Watson Artificial Intelligence by IBM. New challenge categories will be published during the summer.

Established by the European Commission in January 2014 at the World Economic Forum in Davos, SEP is the first pan-European platform dedicated to transforming European startups into scaleups by linking them with global corporations. The high-level definition of ‘scaleup’ being startups that raised over $1 million.

There are impressive findings which support the importance of the five Nordic countries (Sweden, Finland, Denmark, Norway and Iceland). SEP identified 430 scaleups in the five Northern countries that cumulatively raised over $6.5B in investments.

The Nordic Region recorded 1.6 scaleups for every one hundred thousand people, that is 2.5 times the ratio in UK (0.6 scaleups per 100k inhabitants), almost 6x the Continental Europe average and 9x the Southern Europe value.

Sky is the limit- not really

As part of the warm-up to the Arctic 15 event, a small pre-event was held at Reaktor self proclaimed as ‘a creative technology house that constructs exceptional digital services’ for a wide variety of clients across finance, retail, media, telecommunications, and the public sector.

The eye opening new vision as imparted by Juha-Matti Liukkonen, Director, Space and Robotics at Reaktor Space is to use nanosatellite technology to solve existing business challenges and expand into new business models. These nanosatellites can be made, launched and run for three years for  roughly €15k per month – a fraction of the cost of the current small satellites which can cost an equivalent of €1million per month over their lifespan. Low-cost ground stations can be created very cheaply to communicate with the nanosatellite. Already by the end of 2015, there were over 500 nanosatellites in orbit by other parties.

The new Reaktor Space Lab housed in a small room in the office, is full of cheap standard hardware, 3D printed parts and large screens showing passing satellite information. They work closely with research bodies such as Aalto University and the Finnish Meteorological Institute, as well as with companies operating in the aerospace sector, such as Vaisala and Space Systems Finland.

Experimenting with new technology has always been in the Reaktor DNA, for example with 3D print, robotics and software. This is hacking, but for the internet of space.

Reaktor Space plans to launch Finland’s first commercially built satellite, Reaktor Hello World, in the fall of 2016. The goal is not only to learn about the process and experiment with the software, but also to share the key learnings with everyone.

Assuming they achieve this feat, it should really inspire local start-ups to really push the boundaries of what is possible.