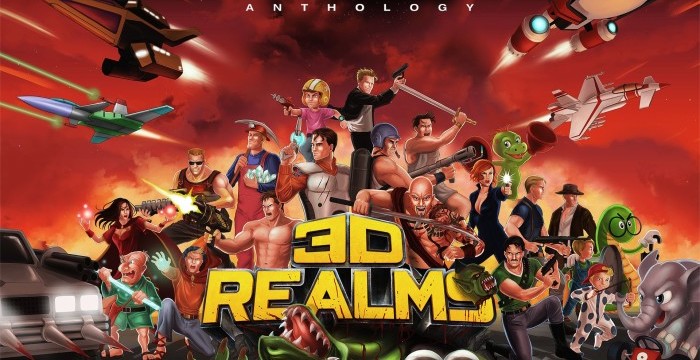 In February 2014, Interceptor Entertainment, a small gaming studio located in Aalborg, in the rural north of Denmark, acquired the influential US veteran games developer and publisher 3D Realms.

At Games Business 2015, Interceptor Entertainment CEO Frederik Schreiber gives the full story of the challenges involved with acquiring one of the most influential studios of all time, which you can read about below.

A legendary studio, and a lawsuit

Founded in 1987, 3D Realms grew to become one of the most influential games studios throughout the 90’s, launching iconic titles such as Duke Nukem and Rise of the Triad, and co-developing and publishing everything from Max Payne and Prey to Wolfenstein 3D.

But in 2014, the legendary studio was acquired by the owners and investors of Danish games studio Interceptor Entertainment, led by CEO, Frederik Schreiber.

The Danish team had begun the development of a Duke Nukem sequel, and with the acquisition of 3D Realms, the studio also had the rights to release and publish the game. But not everyone thought that was a good idea.

Because in the middle of the development, US Borderlands developer Gearbox Software decided to sue Interceptor Entertainment / 3D Realms over the rights for the Duke Nukem IP. A lawsuit that would run till a few months ago, where the studios finally settled.

“The legacy and history of a company that co-created the PC Games industry has been an overwhelming experience and challenge to take over. We’re restarting the engine, and staying true to what made Apogee/3D Realms great, is something we’re working hard on.”

“We’re not interested in being  just another publisher/developer. We have a name and legacy to live up to. Finding the next games that will put 3D Realms back on the map, besides our internal projects is a very challenging and exciting adventure.”, Frederik Schreiber explains, as he reflects on the acquisition of 3D Realms.

Now that the lawsuit against Gearbox Software is over, it is time to look towards the future – and Interceptor Entertainment and 3D Realms have big plans:

“We’re almost ready to launch Bombshell. Our first original IP. We couldn’t be more excited. Bombshell is everything we wanted in a new IP from Denmark. We’re also working with fresh and exciting developers from Denmark we feel has the potential to reach new heights with their original IP. We’ll have more announcements next year,” Schreiber says, and concludes:

“We’re not here to compete with other Danish game developers. We’re here to put Denmark on the map in the PC/Console space the same way our Scandinavian brothers in Norway/Sweden/Finland has done.”

At Games Business 2015 on Dec. 7th, Frederik Schreiber will give the full story of all the advantages and disadvantages of acquiring a big player like 3D Realms.
You can meet Frederik Schreiber and all the other fantastic speakers on December 7th at the Games Business 2015 conference in Denmark. Book your tickets before they sell out.
Tags
3D realms games business gaming industry Interceptor Entertainment
0 Comments
0
0
Sune Thorsen November 19, 2015
0 Shares
Share 0
Pin 0
Tweet
Share
Popular Posts