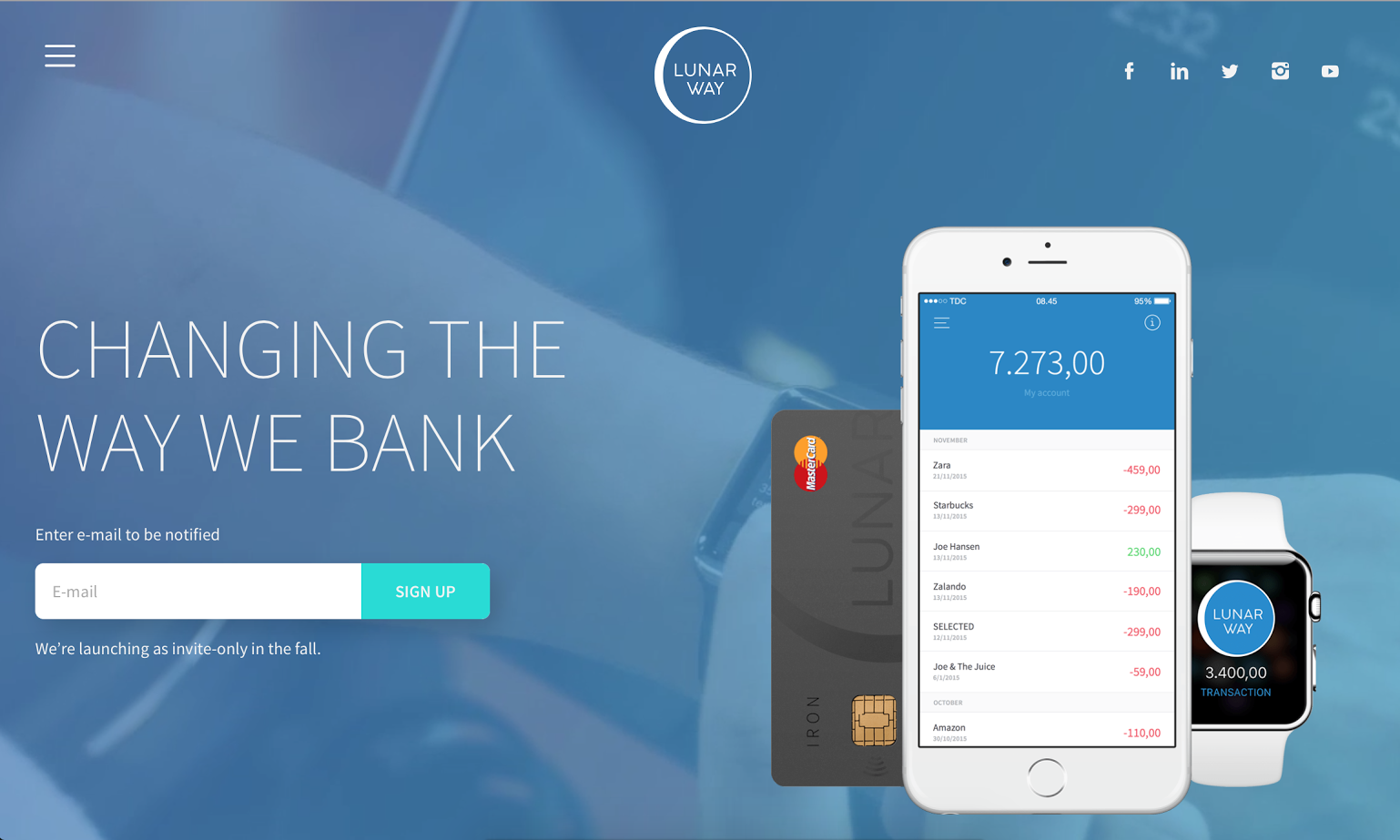 With its Danish partner bank in place, the Scandinavian “neo-bank”, Lunar Way, is now rolling out its partner model in Northern Europe.  It will be the first mobile bank in Norther Europe to rapidly scale through this model.

The partner model is the first of its kind in the world of European neo-banking and gives Lunar Way the advantage of rapid scaling to outperform its competitors.

A “neo-bank” is a company that provides bank services virtually or online, such as checking, debt cards, and savings accounts.   They often use a mobile plaftorm. This new type of banking is gaining popularity, especially among millenials, and is a growing trend in the traditional banking industry.  However, neo-banking companies face many barriers, including legislation, authentification issues, and malware.

This is alongside the traditional growing pains of any startup, including growing a customer base and finding the right revenue model.  Lunar Way’s ‘partner model’ hopes to skirt some of the legislative and security issues, by working with established partner banks.

“Now that we have the platform and legislation in place, all we need is to find the

right partner bank in any European country, and we are in business. We aim at creating the best from both worlds of banking. On one side a whole new way of looking at customers and user experiences, and on the other the regulative quality from the established banks,” says Founder and CEO in Lunar Way, Ken Villum Klausen.

He adds that with partner negotiations closing in both Norway, Sweden and Germany the way is paved for a record fast stronghold in Northern Europe within the first half of 2016.

“Rapid growth is key to us. Our whole strategy is build on it, but it goes hand in hand with creating unique customer experiences. We believe that’s the most important factor seen from the customer’s point of view,” he says.

The Danish based neo-bank is backed by the Scandinavian venture fund Seed Capital, which is one of Northern Europe’s most successful venture funds.

Should the partner model prove successful, it is likely that the fin-tech industry will look more towards this type of business model.

To Borrow is a New Day