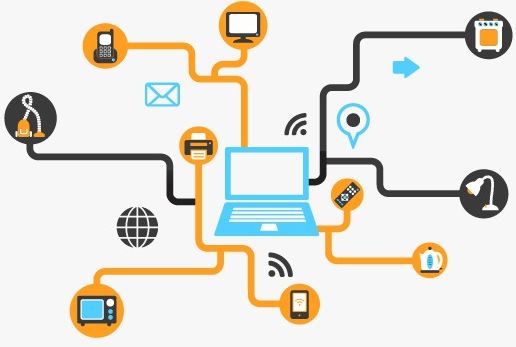 The Internet of Things (IoT) will change everything. Existing businesses will be disrupted and their business models will be changed forever. Here’s why.

Put yourself in the shoes of Philips, consumer products manufacturer. Philips makes dishwashers. One day, they’re going to throw a sensor and wifi chip into the newest dishwasher model and call it a “smart” appliance.

We’ll have the thing we never knew we needed: the connected dishwasher.

It’s not so simple though. Philips can’t put some chips into an appliance and call the project complete. They need to design an app that consumers could conceivably use. Then, they need an API so that Smart Things or some other home automation software can control it.

Philips was a consumer hardware manufacturer. But with the connected dishwasher, is it still? Or is it a software company? Is it an App and API company? Of course not. Philips will continue to build appliances and outsource that kind of work to someone else.

But there’s more work left. The dishwasher needs to communicate to the power grid if it’s going to be “smart” and cycle at the most opportune times. Does that make Philips a data communication company?

And what happens when the dishwasher needs servicing? Luckily, its sensors can determine when repairs are needed before something breaks. The dishwasher “calls” a service provider and tells them what part it needs. Or better yet, a technician could log in remotely and fix the problem with software. No in-person visit required.

Philips is now solving problems the same way Tesla “repairs” my car! Doesn’t that strike you as a big leap for a consumer appliance company?

I say “DaaS” only partly tongue-in-cheek.

Because when Philips walks down this path, it will transform how the company does business. Its existing models aren’t compatible with its business needs. The dishwasher company will become a service company.

Not only that, but Philips isn’t competing against its old peers anymore. The company enters a field where it doesn’t have any core competencies: home automation.

The consumer isn’t buying a dishwasher. In their mind, they’re buying another home smart device. Besides every other consumer appliance manufacturer, Philips now has to compete with Apple, Bose, and Samsung for the same top of mind and share-of-wallet.

The other dishwasher companies don’t seem like a big threat anymore.

Today, we’re in a mobile-focused world. Before that, it was the web. Then PC, and then Mainframe. Right now, people think IoT is geeky. They believe it can change “infrastructure,” whatever infrastructure means to them. But what they don’t realize is that IoT is probably the driving force of the next era of computing. We already have more IoT sensors connected to the internet than people In the next five years, the number of sensors will outnumber people by a factor of 10.

Philips and companies like them will have their business models disrupted. They’ll walk down new paths, completely unprepared for the risks that they’ve introduced.

But that’s where the massive opportunities lay. Startups can fill the gap. Investors can finance them. Someone will profit from the demise of the Old Guard.

The next era is coming, and it will either be the IoT era or an era driven by it.

This article was originally posted by Stephen Forte on Fresco Capital.