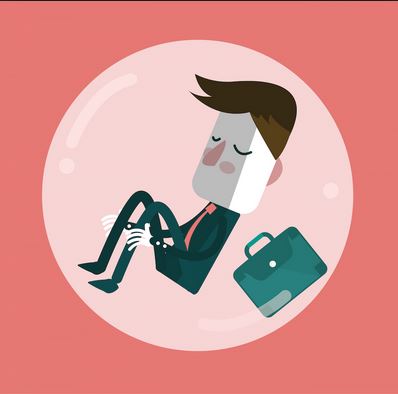 Nordic tech in Q4: the most active quarter so far

Kristin Skogen Lund, director of the NHO, Norway’s leading business lobby, thinks Norwegians have been in the comfort zone for far too long, and that change in the workplace is necessary.

“There are a lot of changes we are now facing, and everything is dependent on how we choose to tackle them.  We are in this epoch of change, and there is talk of a new revolution.  Any change brings challenges with it, and not always for the best.  Our previous big change, when we became an oil nation, was that our people were offered many opportunities, and we got a whole new industry.  But it required a dissolution of the old, mechanical industry”, she explained to Norwegian newspaper Aftensposten.

2016 is shaping up to be a year with even more reorganization, slowing economic growth, and rising unemployment. This means that innovation is more important than ever.  The working life that many people grew up with no longer exists.

However, there is reason to be positive.  Recessions often fuel innovation, as people are forced to be creative and come out of the cycle of repetition.

The downturn in the Norwegian economy has lead to a growth of entrepreneurs.  There is a record high demand for entrepreneurial money from Innovation Norway, who provide seed funding to startups, and Startup Lab, the leading co-working space for Norwegian startups in Oslo, has seen a glut of applicants over the past year.

Lack of willpower
Despite the recent growth of entrepreneurship, Norway does not rank high on innovation compared to the rest of Europe.  What should this mean for Norwegian policy?

Inertia retards change.  It is difficult for large whales to change direction.  Norwegians have lived beyond their means for far too long, and now need to get out of the safety net that oil provides.

To do this, it is necessary to reform the education system, the tax system, and Norwegian industry as a whole.  The industrial society these things has created is no longer sustainable.  There is simply not enough oil money in the bank to continue this way indefinitely.

Change will require political and social actors who are willing to take risks, and see the future of Norwegian society – after oil.  They must provide a blueprint for a green shift.

New rules
In under a decade, digital products and services, social media and apps for mobile phones changed our everyday lives.
By 2020, 70% of the world’s population will have a smart phone. The digital economy is creating new driving forces, and brings with it enormous opportunities for start-up, and big risks for established companies.  The digital economy turns markets upside.

The digitalization of the media industry is a good example of this.  Several of Norway’s largest media companies started the year with major downsizing.

The harsh truth is this: digitalization will cost jobs.

Norway must therefore focus on how to otherwise create an inclusive society and a different kind of economy.  This can help counteract the growing occupational and economic uncertainty Norwegians face.

The rise of entrepreneurs is a light in the darkness.  While innovation may be slow-growing, it will bring with it great transformation.

This article was originally posted on Innomag.

How IoT will force traditional businesses to change

Nordic tech in Q4: the most active quarter so far