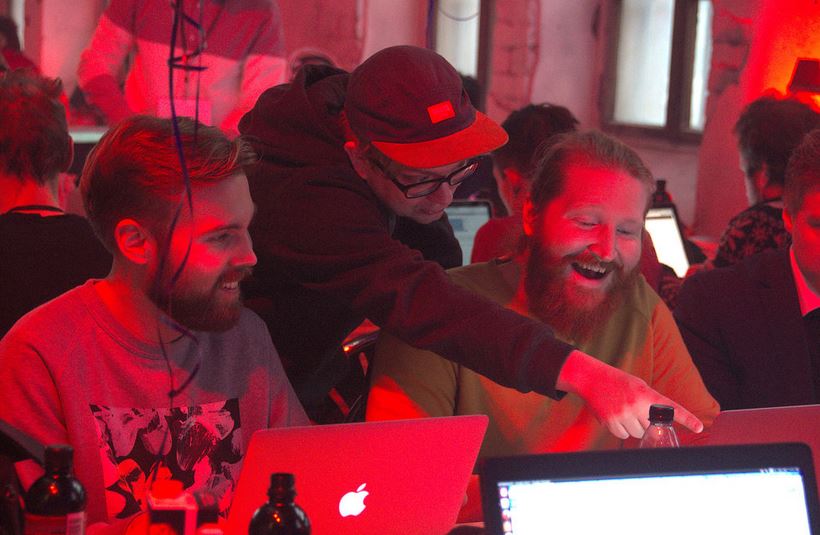 Wouldn’t it be great to have skilled developers volunteering to hack on your startup? Sounds like a dream? It might. but that’s exactly what’s going on at Ultrahack this weekend.

Almost 400 developers are gathered in Helsinki for Ultrahack, part of Slush Hacks, to hack this weekend. Most of them have their on their startups, but some extraordinary people are there just because they want to help others out.

One of them is Jesse Sipola, a 29 year old Finnish mobile app developer. His main occupation is Campfir, a location based app to create communities. He expects it will have big impact when it is launched within the next few months.

“Whats better than spending a weekend hacking?” says Jesse.  “My own project wasn’t a good match, so I decided to join another team.”

Jesse scrolled through the participating  on the Ultrahack website and decided to hook up with flypp.io, a Norwegian startup building an engaging learning platform. They are a part of Norway’s growing ed-tech scene,  and are in Finland to hack on their learning feed.  Flypp.io was more than happy to have Jesse on board.

“Working with volunteers might be the best way to find talents,” says Kenneth Lynne, CTO of flypp.io. “It shows real passion and motivation to join in as a volunteer.” Flypp.io are currently looking for more developers. It will be interesting to see if an hackathon in Helsinki turns out to be the best recruiting channel for a Norwegian startup.

Buying a few beers to get top developers to your team is certainly more fun way to do your recruiting!

How the auto industry is being disrupted