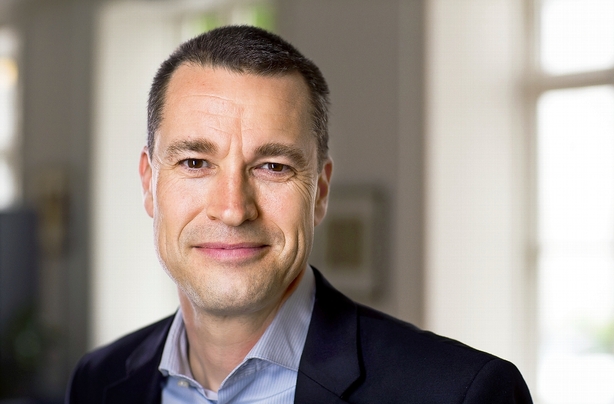 The previous Jubii CEO, Thomas Rimington, has joined the board of the digital marketing company Gravity4 and has become the new CFO/COO in Europe. Gravity4 has just acquired the two Danish companies EuroAds and Conyak, and with Thomas’ involvement, Gravity4 aims to reach a European turnover at 400 million DKK in 2016.

Within the last six weeks Gravity4 has acquired two Danish companies to support a European expansion. The first one is EuroAds. They had a 166 million turnover in 2014 and a market leading position within lead production in Denmark, Sweden, Finland, Norway, and Spain. The second one is Conyak, a rather young company. With their unique technology within cross device and dynamic product re-targeting, they deliver a unique solution to advertisers and agencies in Europe.

“I’m very pleased to have Thomas Rimington on board. He provides us with both a strategic and practical skill set, which is pivotal for creating growth at Gravity4,” says Tom Bang, European CEO for American Gravity4.

Thomas Rimington has also given a statement about his new job:

“It is an extremely exciting time we face at Gravity4, with new products and new markets. To be able to put your mark on growth and efficiency improvement in a fast growing international company, has been a contributing factor, as to why I said yes to the job. I look forward to, together with our talented team, to secure our more that 1000  annual customers more value for money in their online marketing”

Thomas Remington will move to the the head office in Copenhagen and be a part of the daily management. Previously, he has been CEO for Jubii from 2012-2014, after from being CFO from 2009-2012. Before that he was CFO at the telecom company Belmore.

A founder in hot water

Even though Gravity4 has high ambitions for the future, the company’s founder is facing lawsuits. Gurkbash Chahal, who founded Gravity4 in 2014, is currently a disreputable figure in the US.

In 2013, during his tenure as CEO of RadiumOne, he faced 45 felony counts for beating his then girlfriend.  Then in September of this year, the Wall Street Journal reported that in 2013 Chahal had attempted to bribe former San Francisco mayor Willie Brown (then a lawyer) $1 million to make his domestic violence charges “go away” so that RadiumOne’s initial public offering would not be negatively affected.

After the incident, Chahal founded Gravity4, a competing ad-tech company.  Then in October of 2014, he allegedly beat his new girlfriend, prompting the San Francisco District Attorney’s Office to revoke his probation in September 2015.

This puts Gravity4 under a lot of pressure as they try to stay on track and reach their revenue goals.

With a headquarters in San Francisco, and offices in  the US., Bermuda, Ireland, Brazil, Denmark, Turkey, Canada, Australia, Columbia, Sweden, Norway, Spain, and Finland the software-advertising company, Gravity4, is truly living up to their aim of becoming a global business. Currently the have 250+ employee globally, with 60 based in Europe.

Gravity4 delivers the worlds first high-frequency marketing cloud, which increases ROI for digital marketing crosswise web, mobile, video, and social channels. Automation, simplicity, and design are the fundamental ingredients behind all applications and solutions in Gravity4’s Marketing Cloud. They offer companies one application to merge social, web, e-mail, mobile, CRM, search and locations data in realtime free of charge. This makes is possible for marketing people to save millions annually and strength automation crosswise all digital touch-points.

In Helsinki, developers volunteer for startups

How to name your Nordic startup

Paavo Beckman: Take over the world without spending a dime