A startup journey from LA to Estonia and back again

Agriculture and fire prevention are not what you expect to talk about when you discuss IoT trends, but perhaps you should.  Haytech, a new startup from Finland, aims to help farmers prevent fires.

Often, when we talk about the Internet of Things (IoT), we imagine trendy consumer products – wearables such as Fitbits, for example, which people find exciting but then stop wearing 6 months after buying them.  But there are huge markets for IoT in making solutions for businesses, that help the business owners understand better their process, materials and production.

Surprisingly, an interesting application for IoT technology comes from one of the most traditional sectors in the world – farming. Haytech is a company that aims to prevent barn fires in farms by providing sensors placed in each hay barn.  Most people outside of the farming world have no idea that hay is a major fire hazard.  When hay is baled, it is at a risk of spontaneously combusting, leading to tremendous damage and costs for farmers.

The sensors made by Haytech would measure the temperature and other qualities of each barn in order to predict if a barn is likely to start burning. This way, farmers will have continuous tracking of their entire inventory and be able to prevent fires before they start.

From farming to engineering

VTT in Finland. She grew up in her family farm in France, and she experienced herself the process of taking care of the hay, the devastating effect a fire can have on a farm, and the huge loss and effort required by a farmer to take care of it.Years later she started studying and working in engineering and became an expert in technology that, as she figured out, can solve a lot of problems that farmers face. Switching her mindset from engineer to an entrepreneur was one of the big challenges in the beginning. She now has a team of three people both with business and engineering orientation. They have worked together for long time, so going into business together was a smooth transition for the team. 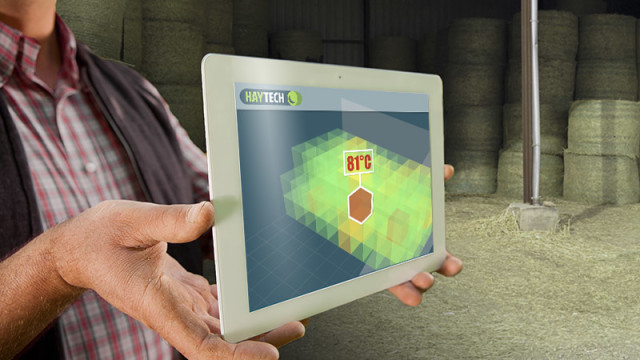 The business has passed through a testing period and they have managed to prevent a farm fire already. Right now they are looking for funding – the most important element for them in order to be able to start production. They have the production partner already so all that they need is to convince funds, private investors and angel investors to support them. Since Nadine grew up in a farm in France, this is the market she knows and understands best, so this is where the first target customers are. Her ambition is to expand first in Europe and then to go even globally. One of the interesting opportunities for the business is to bring in partnership with insurance companies.

A startup journey from LA to Estonia and back again