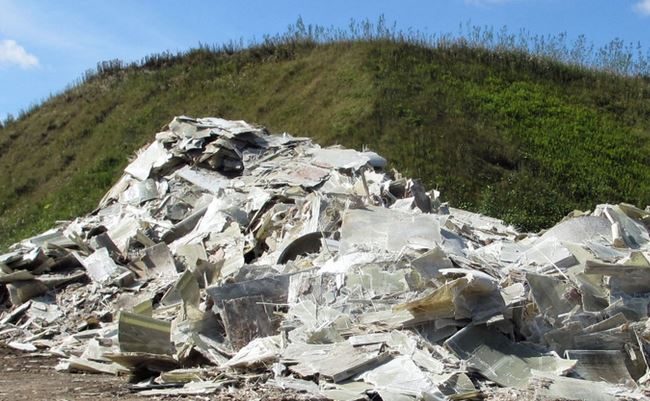 Denmark is riding on a green wave.  The country has been lauded for its focus on sustainable energy, recycling, and high quality of life.   The Danish startup Miljøskærm,  based at the science park at Scion DTU, uses all these values to make its defense against traffic noise – the company builds barriers out of old windmills.

The Danish startup Miljøskærm (Environmental Monitor) has developed a method for recycling the large amounts of fiberglass discarded around the country.  The fiberglass refuse comes from old, retired windmills.  Miljøskærm has now given these parts new life and another way to protect the environment.

The company has developed a method to transform fiberglass material into an extremely sound-deadening material that is suitable for noise barriers by example, highways.

A beginning in a container workshop

Miljøskærm was established in a container workshop in a courtyard of DTU, and with the help of the universities mentor program, had a prototype established in 6 months.  The company was soon testing their product on a local road.

The startup soon came into contact with a project in neighboring Vallensbæk called “Silent City”, and agreed to create a 2 meter high, 82 meeter long noise barrier for a trial run in front of a small neighborhood in the city.

The hope is that the screen will reduce noise from the busy roads in the area by five to six decibls or more for the townhouses framed by the noise barrier.  The expected reduction in traffic noise will be demonstrated in August, where the company will implement 3 weeks of measurements.

Why August?  To measure the traffic noises when they are at their highest volume – after the long summer vacation period is over.

Founder Jacob W. Nielsen is still reluctant to call his startup a success, despite these  good results. So far there, has been no economic return, but he hopes that will change in the future.  Patience is a virtue, he says.

“You have to want it and it does not happen from day one. Not in my field anyway,” he says.
Jacob W. Nielsen has not been an entrepreneur all his life, and his business experience has helped give him a solid foundation of knowledge on which to grow his new company.

He has also been helped by the current business environment. Recycling of materials is very popular these days, he says, so he has also experienced a very positive response. He has actually been surprised at how much help and support he has received.

“Generally there is a great willingness to help entrepreneurs. People are very welcoming,” he says.

The Roskilde Festival startup making money out of urine