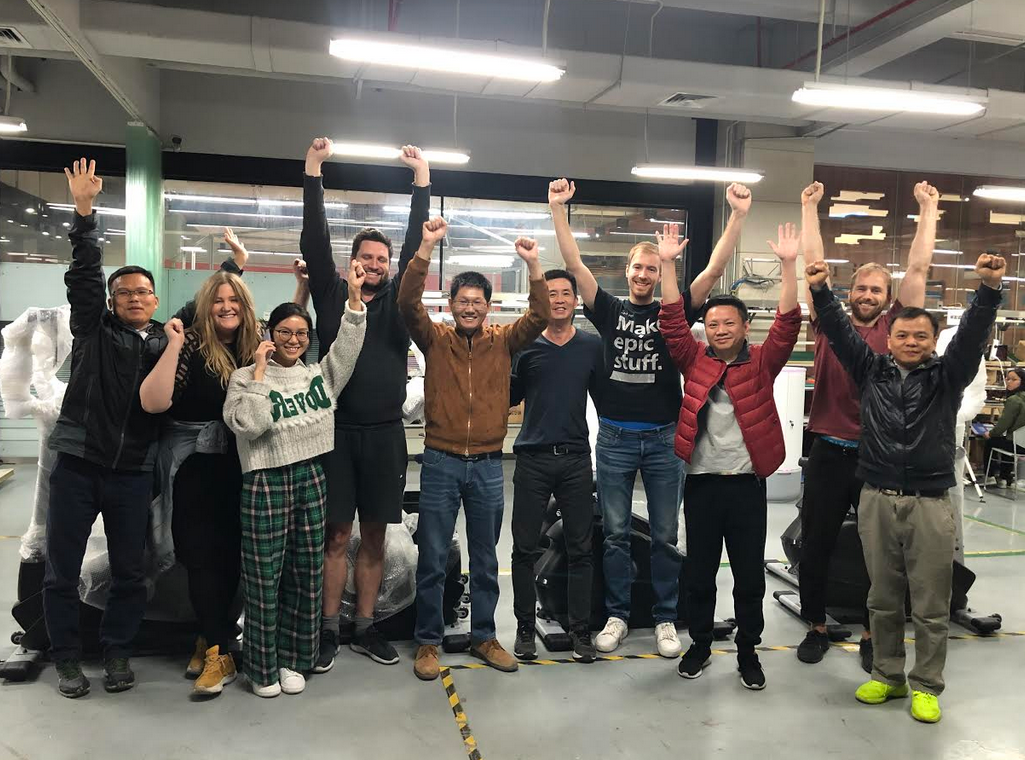 Norwegian startup Playpulse has successfully launched their gaming bikes in an activity park for children in a shopping mall in Shenzhen, China, part of the China Bay Area and a major startup hub.

The company’s mission is to turn exercise into a fully-fledged computer gaming experience, boosting exercise motivation and battling sedentary lifestyles across the globe.

After launching in Norway and Sweden, the company has chosen China as their next market. Through a Chinese partner that is betting large on the massive trend of activity parks for kids in Chinese shopping malls, they got the chance to be front and center at their first venue in Shenzhen. CEO Erling Magnus Solheim says in a press release:

“This is the perfect opportunity for us. Gamer kids in Scandinavia love our product, and gaming is even bigger in China. At the time as material wealth is growing rapidly, inactivity and health problems rise with it. Playpulse can therefore have a large, positive impact on the coming generation in China, going after a massively growing market”.

The Norwegian startup has so far had good results in verticals ranging from hospitals and schools to gyms and co-working spaces within Norway and Sweden. They aim to go from these pilots to mass production and relocate to Shenzhen for a period of time in order to do so.

The hardware capital of the world

“Shenzhen is the hardware capital of the world, in addition to being centrally located between Hong Kong and the first venue in Nanchong, Sichuan”, Erling says. “We moved the core team to Shenzhen to both accelerate product development and prepare the launch”.

The Playpulse team worked day and night for 10 weeks to prepare and launch the next generation of the product on the Chinese market. There was a number of new challenges that needed to be dealt with, from translation of gaming content to Chinese and setting up a local payment solution, to just setting up a cloud service behind the great firewall.

The team is part of a growing trend of European entrepreneurs relocating to Shenzhen as part of creating their global manufacturing setups. While many Nordic entrepreneurs choose to go through structured programs such as HAX, service offerings have developed in the region to cater more and more to foreign entrepreneurs. For example, the tech makerspace Trouble Maker now offers “pre landing” classes for startups that are planning to produce in Shenzhen, allowing them to hit the ground running. The Sino-Nordic accelerator nHack also accepts startups on a rolling basis into their programs in Shenzhen. And this past year, TechBBQ launched an iteration of their conference in Shenzhen, helping Nordic entrepreneurs better connect with the Shenzhen startup community.

Interview with Universal Robots and Trustpilot

Sleeping with your clients, daring to jump, conquering Viking style and more stories from TechBBQ

TechBBQ asks: Is it possible to grow global from Denmark?