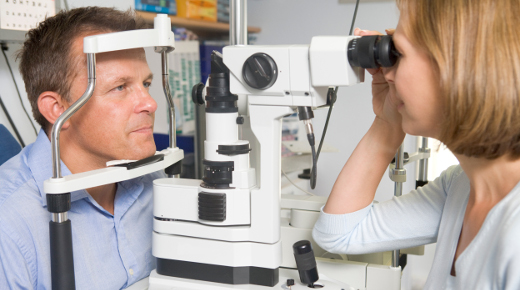 IoT – The Conference is back in Lund!

RetinaLyze is a company that aims to help patients with diabetes suffering from Diabetic Retinopathy, a common complication of the disease, by finding distortions in the retina.

It is important innovation, since patients rarely ever notice symptoms before an advanced state of the disease, and by then it has a high probability to cause total blindness. To combat this, RetinaLyze have been developing a web application that analyses retina images and searches for distortions that can be signs of the disease.

“The global potential is enormous as the number of diabetics in the world (who all have the risk of getting DR) is expected to rise with a 100% in the next 10 years,” says founder and CEO Robert Birch.

The original algorithm was developed by a joint venture in the beginning of the 2000’s, where Novo A/S (among others) was an investor. The target group for their product was initially ophthalmologists, but RetinaLyze found it difficult to break into this rather traditional medicinal specialty, and the product didn’t take off. The team refined the code and made in Cloud-based. With the new software, they are aiming for opticians over opthamalogists, a broader target group with access to medical photography equipment. As a long term plan, the team behind RetinaLyze is looking into consumer solutions where the results are taken from the retina, since the technology works as long as there is an image with sufficiently high resolution.

Opticians can help to mass-screen and refer the diabetics at risk, or find undiagnosed diabetics by offering the RetinaLyze-screening as a part of a general eye-test. As Robert Birch explains,

“Diabetics are advised to have their eyes checked once every year and with the pandemic growth in Diabetes this is not possible throughout the world based on the amount of ophthalmologists presently and also in the future. Telemedicine is also an option today, where the photos are captured by someone else and then send to the Human graders. The advantage for Retinalyze is that it can be performed all over the world where there are access to the internet, No special skilled are needed other than they most be able to capture a picture of the right quality.”

The economic potential within this sector is also huge, since almost 75% of all diabetes-related expenses (which is around 31 mia. dkk in Denmark) are spent on the treatment of complications from diabetes, while only 25% of the budget is spent on actual treatment.

Currently the market does not offer similar mass-screening solutions, therefore patients have to wait until their assigned doctor becomes available. The number of diabetes patients is estimated to double in the next 10 years. RetinaLyze plans to assist opticians by allowing them a simple way to distinguish which patients have serious problems and must be referred to a specialist. Their solution will disencumber ophthalmologists, who can then focus on treatment rather than screenings.

“We are experiencing interest from the optician industry in South Europe, Asia and Africa, so our focus is currently on the global market,” says Robert Birch, CEO.

To date, the program has analyzed 124,946 photos in search of lesions, and 1,75 % of these have resulted in the need for a  closer look by eye-specialists. The amount of analysis is growing every month, and for September it reached over 28.000.

Anyone with access to medical grade retina camera can access these tests by simply signing up on RetinaLyze`s website, where they offer a pay-per-use or a flat rate subscription.

Recording in the Dreamhack Studio

IoT – The Conference is back in Lund!