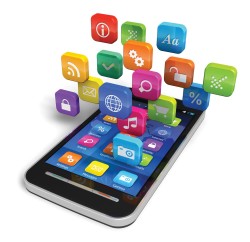 So what is driving the App frenzy among users? Quoting A New Domian’s Sandy Beger, and research by Indiana University, effective branding apps provide users with information and personalization –and, most importantly, connection to brands they know and trust.

The research report goes to add that not all apps are created equal, and there may be a degree of variance between apps for smartphones and for tablets. This is primarily because both devices tend to be used differently. About 89% use tablets when they are at home and 72% use smartphones when they are on the go. There is also evidence that smartphone apps are more widely used as they are mobile in nature. So, what apps are popular on mobile vs.tablets? 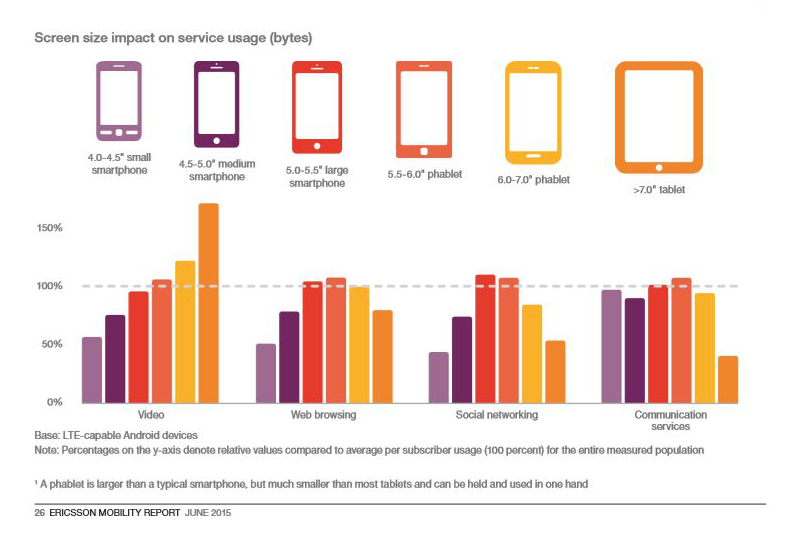 What works on Mobile?

Mobile apps are generally the ones that are used for quick references and generally provide a service. The key deciding factors for apps on mobile is that the screen space is less, connectivity can be patchy, and users do not like to spend hours on one particular app. Mobile apps are generally quick and easy to use, need lower operating requirements, and have fewer advertisements.

There is a difference between the apps that are popular on mobile. For the Android platform, productivity apps like Evernote and Concur do well. Apps based around mobility, like Uber and other taxi hailing apps, do well both on Android and IOS. The big sellout, however, is communication apps. Since the inherent job of a mobile phone is to communicate, apps like Whatsapp and Viber are some of the most downloaded apps for both Android and IOS.

Others that do well include Google Maps, Weather Apps and social media sites like Facebook and Instagram. Music apps like Pandora, TuneIn Radio, and Rdio that allow you to curate songs according to different genres and then play them on demand, also find a lot of takers on mobile devices.

Nordic startups have excelled in the gaming segment. What started in 2009 with Rovio Entertainments Angry Birds has been taken further by Swedish games like Minecraft and Candy Crush Saga. Finland, on the other hand, has given us games like Hay Day and Clash of Clans, which are almost household names across the globe.

Of late, there has also been a surge in health and fitness apps. Endomondo has been a popular name in fitness apps from the Nordic region and has been downloaded over 24 million times by users around the world since starting back in 2007. Fitness apps work well on mobile because one always carries a mobile phone and, along with wearable fitness bands, can provide a great way to keep tabs on your health.

What works on Tablets?

Tablet apps, on the other hand, allow for greater content discovery, and consumers increasingly use it for a longer duration. An app on a Tablet also gives a brand greater flexibility in terms of advertisement and engagement with the customers.

A bigger screen size means the apps that are popular on a tablet are a tad different. You will increasingly find apps that enable you to read rise in popularity on tablets. So, apps like Kindle and Flipboard that provide news are downloaded and used often. As they are mostly used at home, communication apps on tablets, such as Skype, are popular (although Skype was originally built by Janus Friis from Denmark and Niklas Zennström from Sweden as a communication tool between users of two computers).

Hugely popular on tablets are apps like Netflix and Hulu, which allow you to stream and watch movies and TV shows. YouTube alone accounts for between 40-60 percent of all video traffic today, and most of this is driven on Tablets. Again, the bigger screen and form factor allow for a better viewing experience. Even music apps like Shazam and SoundHound have done surprisingly well in app stores. Companies from the Nordic region have also understood the dynamics at play on a tablet, and apps like Spotify also do very well.

Others that do well are cloud storage apps like Dropbox, an assortment of photo apps, travel apps like Kayak, and social networking apps. The most popular games also find plenty of downloads on Tablets.

In the App world, knowing is the first step to developing. Gauging from how apps have historically worked on mobiles and tablets, it should be a step easier now for a brand to devise their app strategy.

The Nordics in the Spotlight at Reeperbahn Festival 2015

Why mobile optimization is everything