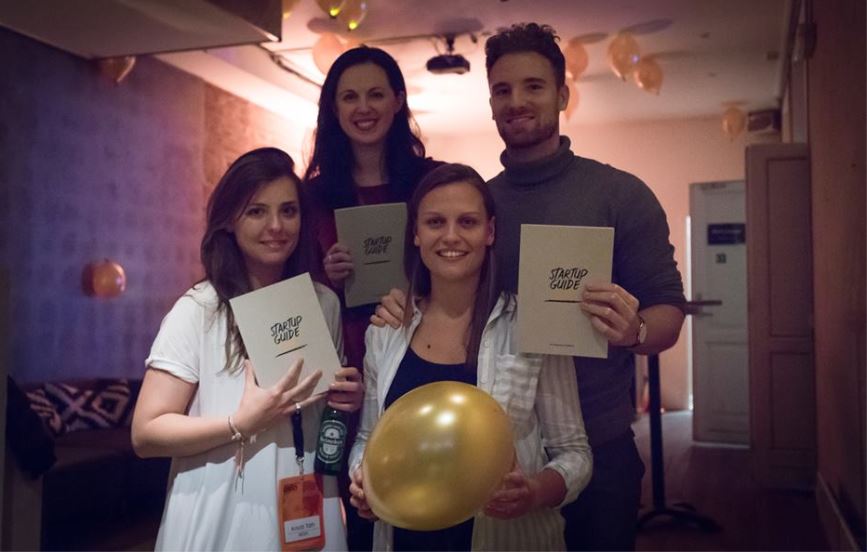 Among the many happenings during the recent Oslo Innovation Week, Start-up Guide Oslo was officially released at a launch party hosted by MESH. Start-up Everywhere has previously published Start-up guides for cities like Copenhagen, Stockholm, Berlin and many others with second editions in the planning stage. Now, it is Oslo’s time to shine.

Audrey Camp, a co-author of the guide who moved to Norway in 2011, has seen a rapid expansion in the Oslo start-up ecosystem. The research phase of putting the book together was an exciting time as she made her way around town talking to the movers and the shakers.

“Each of those people blew me away with their focus and drive. Each possessed that special glimmer of character that I have begun to see as a common element in truly innovative people”.

She was particularly impressed with their passion for sharing the word.

“Every person I spoke to, whether he or she was representing a start-up, a co-working space, or a program to support start-ups, was open, enthusiastic and optimistic. One thing I loved hearing was how the different co-working spaces cooperate with one another, which I think is key to the success of the entire ecosystem.”

The book is divided by chapters that cover topics including co-working spaces, hot up and coming start-ups, and incubator programs. What was Camp’s favorite section to work on?

Oslo probably isn’t the first city to come to mind in terms of healthy start-up scenes, at least from an outsiders point of view, but expect that worldview to have some major changes in the near future.

“Oslo is a vibrant world capital with a reputation for being wealthy and self-sustaining. Working on this guide really showed me how the focus of the city’s most alert, ambitious people is helping to expand Norway’s worldview and the reach of Norwegian resources. Given the recent decline of oil prices in particular, it’s been important for Norway to reconsider its future place in the world. Innovation is the touchstone. As I moved in this world for the six weeks it took to write the book, I felt like things were really hopping. Coinciding with Oslo Innovation Week, we launched Startup Guide Oslo, Oslo House of Innovation officially opened its doors; and the pointnineniners–an all-female business angel network–launched their initiative. Yet, this is also just the beginning.”

AngelList: Top tips for getting funding in the Nordics