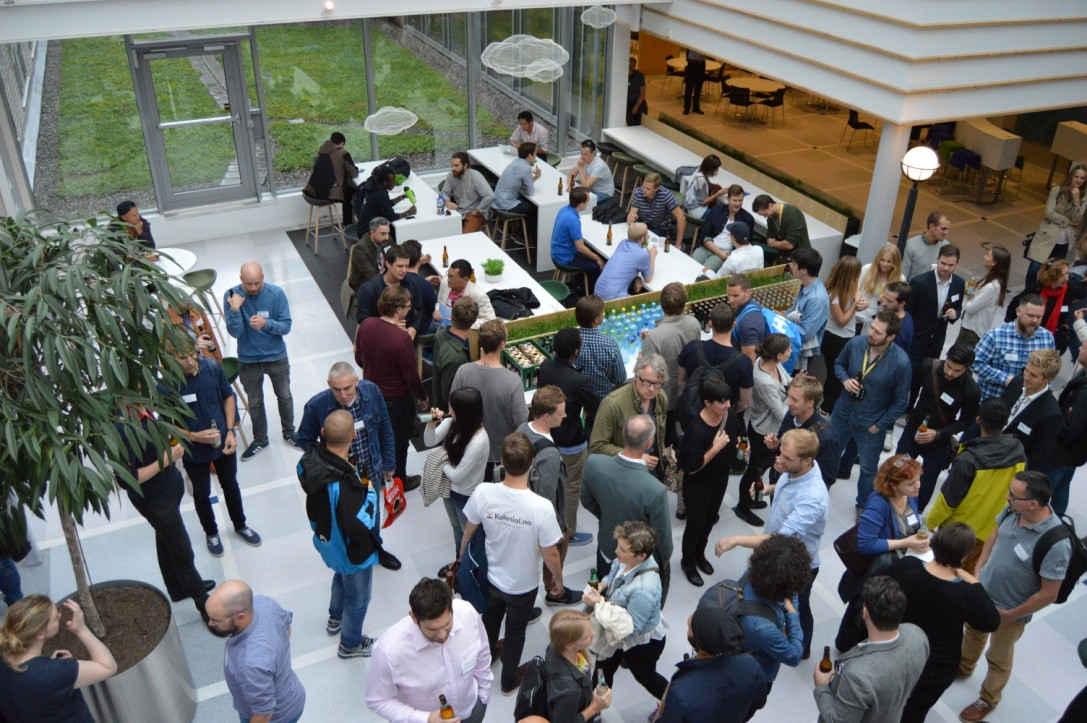 Can you get a foothold in the US market in 30 days?

On September 3rd, 20 startups went on stage at Oslo Science Park and pitched their companies and recruitment needs to over 200 potential employees.

For a second time, StartupLab.no opened their doors and welcomed 20 of the most promising Norwegian startups and a bunch of potential employees to an evening of meet and greets. After the pitches, refreshments went on the table, and the audience had the opportunity to meet the startups lined up at stands.

It’s very exciting to set up this event again! The first one was a huge success, as we both matched a lot of people with startups and in general generated a lot of buzz around the companies that werepresent (which hopefully led to more people approaching them with resumes). As it’s not only companies from StartupLab on stage, I’m also looking forward to seeing what these more unknown companies are working on – because there’s really a lot going on in Oslo these days”, says Kjertil Holmefjord, Incubator Manager, StartupLab.

StartupLab started the event to better facilitate matchmaking between startups and people wanting to join a startup. It doesn’t matter if you’re a junior or senior, a developer, or have a business background, because the participating startup’s recruitment needs are varied. StartupLab constantly get requests from people who would like to try something different than their current “corporate jobs”, but they don’t know where they should start looking. Furthermore the startups that grow continuously are working to recruit the best talents and by setting ups such an event could help both problems at the same time.

Working at a startup is also one of the best ways to learn the ropes before you go out and start your own company. Therefore, this event is perfect for aspiring entrepreneurs. StartupLab hopes that the event will continue to help Norwegian startups build great teams that help them grow and succeed internationally.

Can you get a foothold in the US market in 30 days?

Children are the jury for startups pitching at Stockholm IoT week