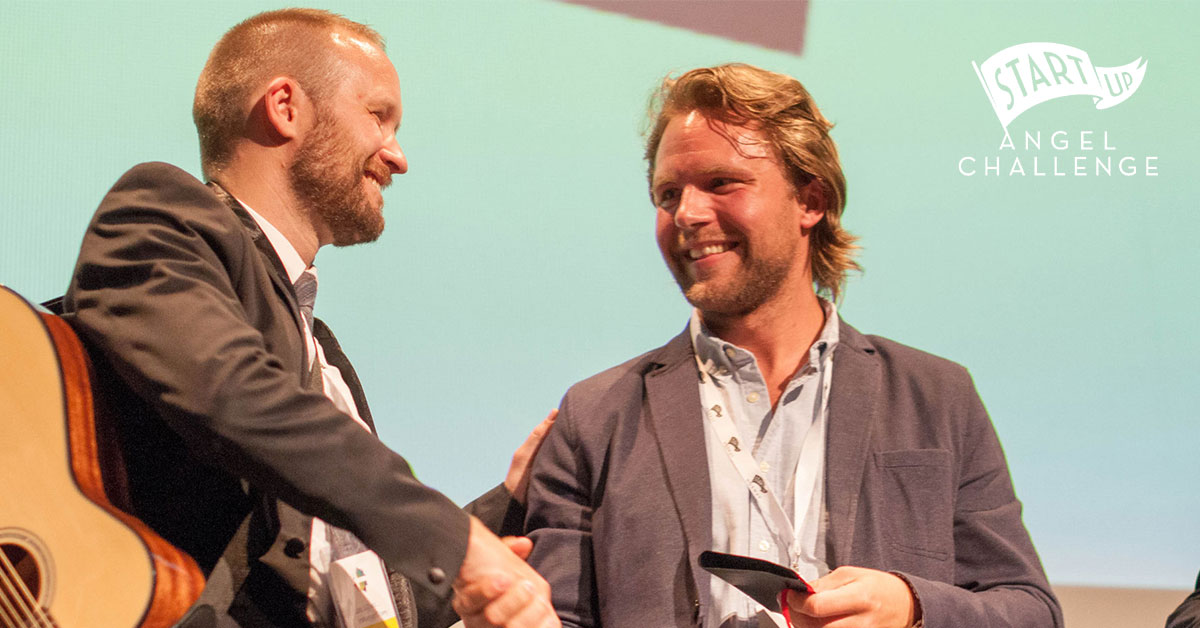 Business angel Thomas Berglund has set his eyes on a mission. As lead investor in the premier edition of Angel Challenge, an initiative hosted by Startup Norway, he hopes to unleash a new wave of capital to young Norwegian startups.

Last year Norwegian tech startups only raised 3.2% of the total investments in the Nordic region, according to the Nordic Web.

In Berglund’s – and many other’s – eyes, the immature Norwegian ecosystem has too often been working against the entrepreneurs, not with them.

Demanding 30,000 NOK from startups who want to pitch in front of business angels is like stealing candy from the kids, argues Berglund,a Swede who moved to Norway over 20 years ago.

Hopefully, this is rapidly changing. A new wave of promising Norwegian tech startups, which includes companies like the Future Group, Xeneta, Kahoot, Unacast, and Wake, have managed to raise increasingly large amounts of money.

The Nordic Web´s statistics indicate that if the momentum continues, Norwegian tech startups can soon surpass the 10% stake of investments made in the booming Nordic startup region. Berglund sees this as a unique opportunity to instill a different mentality, in a wider part of the ecosystem.

Instead of just focusing on extracting value, business angels need to “pay it forward”. Or as Berglund describes it – “paying it backward” – for the help they got in building successful careers themselves.

Back in 1999, an investment of 2 million NOK from a business angel enabled him to take the big leap from the corporates to the entrepreneurship. “Most of the investors who have signed up for the Angel Challenge share my motivation for giving back to the community,” says Berglund.

The “rock” of Angel Challenge

12 years later, Berglund’s move into entrepreneurship paid off when his company Edvantage group was sold. Once hooked, Berglund continued to build new companies, founding and later exiting two Medtech-companies together with a friend.

After meeting Maja Adriaensen, the CEO of Startup Norway, at last year’s Digital Winners conference, he was convinced to dedicate himself to the cause of promoting the Norwegian startup scene.

“We could never have done this without the right investor representative. Berglund shares our ideas and has a very good reputation among his peers,” says Adriaensen.

Angel investment as a grassroot movement ?

In Berglund’s view, Norway’s future success in the tech space is not about creating the next Petter Stordalen or Christian Ringnes. It’s about attracting a larger group of successful entrepreneurs, corporates, investors, and other well-off people who are willing to source both their money and knowledge into building future successes.

“Being an entrepreneur is sometimes like being outside orienteering without a map. You don’t necessary know where you are, and where you’re going. The business angel has been there before”, argues Berglund.

He hopes Angel Challenge´s curriculum can become the “certificate” which proves that the angel has the necessary knowledge and mentality to be a good investor for the startups.

“We need to make sure that the new generation of entrepreneurs reach their goal faster, and don’t make the same mistakes we once did,” explains Berglund.

Then, once the activity has risen and the trust has improved, Berglund is sure that we will see the Petter Stordalens or Christian Ringnes’ of tech.”The emergence of heroes, like Petter Northug, are the results of thousands of kids working really hard. If we manage to engage lots of people, then new tech voices and super angels will rise.”

Ready to fight for the angels attention?

Startup Extreme Is Not Your Average Tech Conference