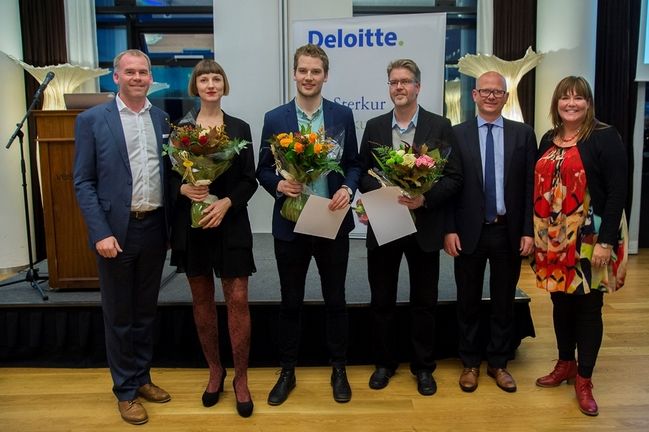 Last week, Deloitte announced the winners of the Rising Star Awards in Iceland, with Kúla 3D and Authenteq winning this year’s title after pitching to a panel of judges at the final event.

The other four companies that made it to the finals were Flygildi, Solid Clouds, Dent & Buckle, and GeoSilica.

Kúla 3D was founded by Íris Ólafsdóttir, a seasoned entrepreneur and electrical engineer from the Technical University of Denmark, DTU. Kúla creates camera accessories that turn your smartphone (and other cameras) into 3D cameras.

Authenteq and it’s founder, Kari Thor Runarsson, should be no strangers to the readers of Nordic Startup Bits. They are an identity verification and reputation management platform and were recently named as one of the five most forward-thinking, innovative companies worldwide by CTIA Innovation Council Investor Advisors.

Thula Nordic Source Solutions, a software and consulting company providing IT solutions for healthcare reached the top of Iceland’s first Fast50 list with an impressive growth of 3852% and fintech company Meniga and App Dynamic, creators of AirServer, following in second and third place respectively.

The two Rising Stars along with Fast 50’s Top Candidate have received invitations to attend Deloitte‘s Entrepreneur Summit in Dallas in November 2015. There they will have a chance to meet up with 7-10 of the investors in the group for 1-on-1 meetings and hopefully create valuable connections on an international scale.