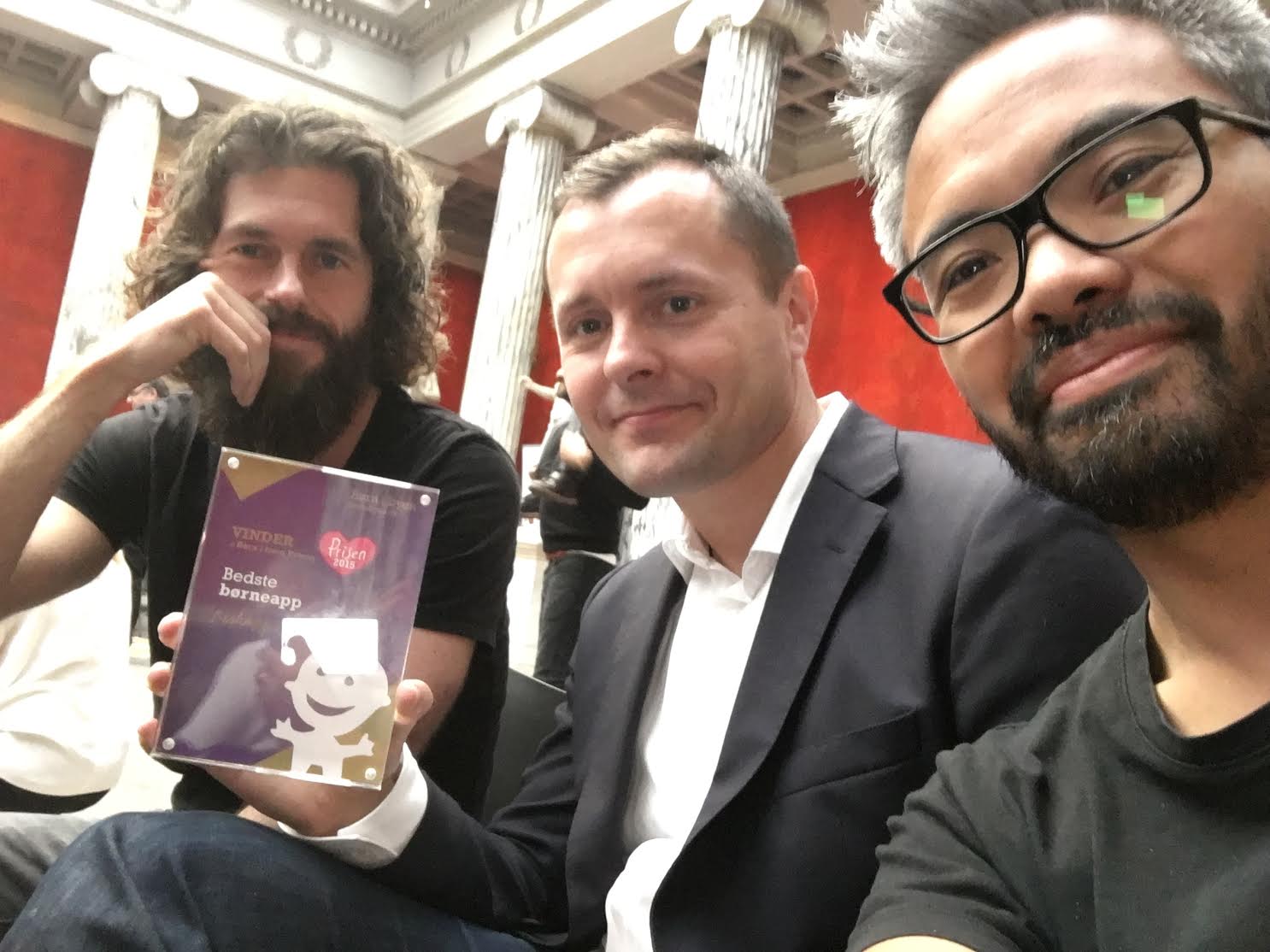 The popular secondhand marketplace Reshopper, an app for the purchase and sale of used children’s things, has won an award for best “Børneapp”, or children’s app.

The award was given on Sunday, October 25th at a major awards show in Copenhagen with over 500 invited guests.

The app is popular among families with children, and as of this writing has been downloaded more than 140,000 times. However, it is the first time that the creators behind Reshopper have received an award. The award was given by the popular Danish children’s guide Bornibyen.dk, which has readers vote on the best of the best of all things Danish each year.

“We are both proud and happy for the prize – and especially grateful that many of our users have engaged and spent time giving us a voice. We are very honored. That shows that we have created an app which many find valuable for them, “says proud co-founder and father of two Jonas Funk Johannessen.

The idea of ​​Reshopper is to make it easier, faster, and more social to buy and trade goods in your immediate neighborhood via mobile phone – this is both time-saving and more sustainable than buying new things or ordering them online.

From skepticism to success
Co-founder and father of two Nicolai Danmark Johannesen says that some people turned up their noses when Reshopper first launched four years ago as an app that was only for families with children.  Critics thought that the need Reshopper was filling was covered by existing online marketplace solutions.

“It is an extra good feeling that we have this endorsement of the concept in connection with these awards after only a few years in business.  And we were not up against unknown players, LEGO apps was nominated in the same category. But we made it and actually won with over 50% of the votes, “said a satisfied Nicolai Danmark Johannesen.

The team initially focused only on one market vertical, which is buying and selling used items for children. The target audience is primarily women with young children. Based on user notifications, they seem to have created a good product, as the app has ratings of 4.1 in Google Play and 4.5 in the App Store.

Behind Reshopper are four co-founders Anders Dahl Pape, Jonas Funk Johannessen, Nicolai Denmark Johannesen, and Anders Munk. The latter lives in Copenhagen while the other three are based at the office in Aarhus.

Former AirBNB executive to bring Reshopper to the world