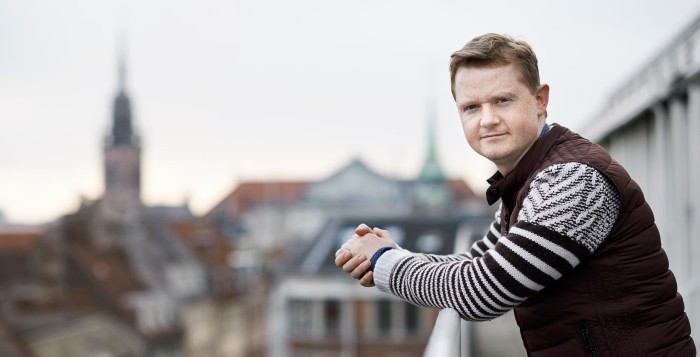 The Danish user review platform Trustpilot raises 500 million Danish kroner in a new investment round, and is getting ready for a major US venture, and to redeem the global potential.

Trustpilot started in Aarhus, Denmark in 2008 and has since proven to be spot on with current trends of user generated content and user reviews. The global journey began in 2014 and since 2012 the startup has experienced high growth.

Gross result increased from 29 million in 2012 to 61 million in 2014. Today the company has 400 employees, of which 200 are still working in the heart of Copenhagen and the other at offices in London, New York and Melbourne.

Investing for more of everything in the long term

Many entrepreneurs think it takes a few months to raise an investment, but that is not normal at all. It can easily take between 9-12 months before you have been through the whole process, from the first meeting to a signed agreement.

“I had the first coffee meeting with Vitruvian and Ben Johnson back in June last year. Then we talked together on and off, but in December and January it took off,” says founder and CEO Peter Holten Muhlmann to Trendsonline.dk.

Vitruvian was keen on Trustpilot, and with a mixture of a business model that worked, and a renewal rate of 95-100 per cent., Trustpilot was an interesting case of Vitruvian.

“There is a huge global potential for online user reviews. Trustpilot is a pioneer in technology and a pioneer in the field. This means that Trustpilot is well placed to reach consumers in new markets and continue to give more brands the opportunity to use online reviews actively,” says Ben Johnson, who is a partner at Vitruvian and now gets a place in Trutpilot’s board.

Furthermore Vitruvian knew Trustpilot very well through their portfolio companies, and they have experience with taking a Danish startup with a foothold in England to new heights. What they did with Danish Just-Eat and the co-investor Index Ventures, will now be copied and made with Trustpilot.

“I think they see us as a potential unicorn,” says Peter Holten Muhlmann to Trendsonline.dk, and refers to companies valued at over one billion dollars or more.

Getting an investment of this size proves that one does something right. The money will be transferred to a bank account and then it is about to follow the current strategy.

“If it had been an investment of five or ten million, then it should go to some new office in Berlin, a new feature or a new product line, but when we are in that range, it is about more of everything ,” says the founder and continues:

“Now we can think long term, and then the focus is USA, USA, USA.”

Not everyone agrees with Trustpilot

From the beginning there have been many opinions on Trustpilot, their business model and what you get out of using them and especially Peter has been used to end up in the social media and media pillory. But one thing is bad publicity, another thing is the impressive numbers which they can show with over 10,000 daily sign-ups to Trustpilot worldwide.

“I am very humbled that we get criticism from all sorts of places, but our product is also easy to criticize. When I was in Kontant (Danish television show, red.) and we critizised that it was too easy to write fake reviews, we really upped the game and has had a strong focus on this ever since,” says Peter

But being a company that should be the judge between consumer and company a thousand times a day must also be a task that is close to impossible to accomplish. A job where you end out with a settlement in which both sides agree and are satisfied. Trustpilot know according to Peter that they have a lot of weaknesses, but he also knows that what they do matters to many people, and as he says; what is the alternative and is it better?

In addition to the main investor Vitruvian Partners Trutpilot’s existing investors DFJ Esprit, Index Ventures, Northzone and Seed Capital have all contributed to this the new round of financing. Ben Johnson from Vitruvian Partners furthermore enters the board at Trustpilot.

Back in January 2014 Lars Andersen from SEED Capital said that he was sure that Peter Muhlmann would take it all the way, and with the new round you can certainly see that he has led Trustpilot a few more steps up, and into a position to be the next Danish startup that ends up on the Stock Exchange in London or New York within a short number of years.

An interview with Marta Sjögren, Principal at Northzone

Interview with Universal Robots and Trustpilot